Book Review: “How to Tell a Joke,” By Michael Fontaine | Classical Wisdom Weekly 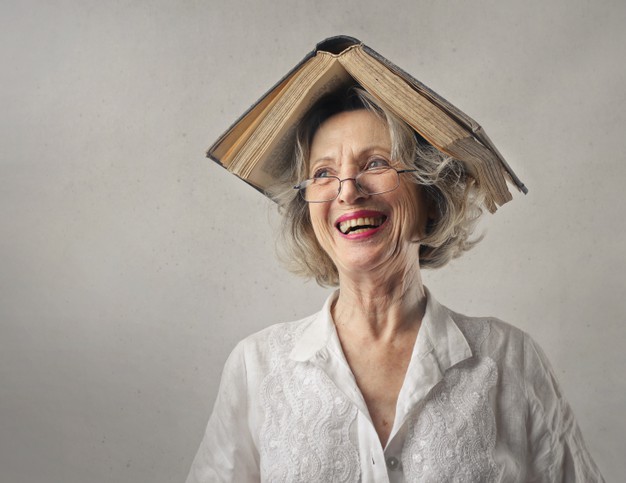 As Michael Fontaine’s latest book How to Tell a Joke: An Ancient Guide to the Art of Humor comes hot on the heels of his fascinating How to Drink: A Classical Guide to the Art of Imbibing, one might reasonably expect the Cornell professor’s next installment to be something along the lines of How to Play the Lyre to make up a student-friendly compendium entitled How to Throw an Amazing Party!

However, much like How to Drink was not a ‘how to’ guide to drunkenness (quite the opposite, in fact), How to Tell a Joke is not a step-by-step manual on the construction of clever puns nor on how to maximize your comic timing. Instead, and similarly to How to Drink, it is a guide to what sort of jokes are appropriate and, crucially, what sort of jokes are not. For ‘appropriate’ we could easily substitute the word ‘effective’ as the two treatises that make up this book, from Cicero and Quintilian, are excerpts from longer works both about how to be a top quality orator: On the Ideal Orator and The Education of the Orator, respectively.

Both men also break down the different types of jokes, why different reasons jokes are funny, and even the different consequences of humour in different scenarios. That this is all of those things and not a ‘how to’ guide on making people laugh is stressed within the closing lines of Cicero’s dialogue:

“…those who want to master jokes for public speaking need to be imbued with a certain – almost innate – sense of humour.”

In other words, no matter how much you try, some people are just not cut out to be funny!

And so, while the importance of humour is stressed in winning over an audience/jury, brushing off accusations, or generally showing everyone what a clever and witty sort of person you are, the most difficult thing for a natural funnyman is resisting telling a joke if it would be inappropriate – something Cicero seems to have had trouble doing, and something that may, in part, have cost him his life. This is perhaps why Quntillian is particularly clear on the matter of what is off-limits:

“…if someone is dangerous to offend, you’d best tease them in a way that doesn’t lead to either real hatred or to you having to issue a grovelling apology. Generalizations are another bad idea, where you attack whole groups based on ethnic identity, class, status or activities the masses enjoy. A gentleman will say what he will contingent on maintaining his dignity and self-respect. A laugh is overpriced if it comes at the cost of integrity.”

Not that Cicero was blind to the etiquette of such things:

“…comebacks are indicative of good manners, since they suggest we never would’ve said anything if we hadn’t been attacked.”

That said, one is left with the feeling that Cicero’s rules of engagement are more practical than ethical.

Though Quintilian wrote his piece some 150 years later, it is clear that he was heavily impressed and influenced by Cicero and his work. Reading both treatises back-to-back, it is surprising that it does not feel as if Quintilian is merely regurgitating what Cicero has already given us, but instead that he is making interesting commentary and expanding on the other’s ideas. This lack of deja vu is probably helped by the differing style of the two writers: Cicero writes a dialogue – what Professor Fontaine, in his introduction, compares to a film script – whilst Quintilian presents his ideas in the first person via essay.

So, I hear you say, this is all very fascinating, no doubt, but can a treatise on ‘how to be funny’ be… well, funny? Well, as E.B. White famously said: “explaining a joke is like dissecting a frog. You understand it better, but the frog dies in the process” (the quote is, inevitably, often accredited to Mark Twain). It’s almost as though Cicero and Quintilian had pre-empted this potential flaw – just in case anyone should have thumbed through their work, skipping over the bits on practice, pronunciation and getting your facts straight, in order to get straight to the comic part. To keep things fresh, both men feed us a steady supply of example jokes: so many, in fact, that it feels like there’s one on almost every page.

Some feel like they’ve come straight out of the mouth of Graucho Marx:

“That guy has it all – except money and redeeming qualities.”

Some titillate with a bit of light innuendo:

[A.] In your view, what kind of man gets caught in flagrante delicto?

“You’re about as oversexed as a eunuch.”

Dark humour rears its divisive head when someone quips, on receiving news that someone with terrible body odour has died:

And there are even personal barbs questioning a man’s bravery. For example, when a soldier was showing off his battle wound he was mocked with:

“You should never look back when running away.”

And that’s just the tip of the iceberg.

These quips, and the smooth confidence with which they are delivered, are perfect examples of what makes Fontaine’s translation so engaging and so satisfying. What immediately strikes you about this excellent book is not its cut and thrust into the essence of mirth-making, nor its ability to make the impossible – finding humour in analysing jokes – possible, nor even its ability to effortlessly transcend two periods of Roman history. No, the chief triumph of Fontaine’s rendering is not for any of the above admirable reasons, but that the translation is so very, very contemporary.

Okay… ‘contemporary’ might not seem the most fashionable word for anyone with one eye cocked towards Greece and Rome, but the study of the Classics is one that has much more of a reputation for stuffy, seriousness than it perhaps deserves. There may be a feeling that academics would prefer to keep Aristophanes and Plautus pure rather than stress their humour, but many in the trade would dispute this. Speaking from personal experience, I remember sitting in a freshman tutorial when a well-respected professor shared his favourite joke from the Iliad:

“In his wrath sat beside his swift-faring ships, the Zeus-sprung son of Peleus, swift-footed Achilles.”

Okay, not exactly a leg-slapper! But the point is that every attendee of that tutorial seemed to think the idea that something as sophisticated, as elevated, as… sacred as the Iliad could have a joke in it was totally unimaginable.

Regardless, the way in which Fontaine translates the Latin in this text is extremely satisfying. In his own words:

“Styles of translations vary. Some are literal, other go for the gist. This one goes for the jest… I’ve wracked my brains to find equivalent words, names, puns, phrasings, and cultural counterparts to make the jokes as funny in English as they are in Latin.”

And this is done with great success. The jokes are rendered such that no specific knowledge of Latin, nor of Roman culture, society and politics is necessary to appreciate them; however, if you do possess some of the above (or are suitably curious about such things) then Fontaine’s clear and concise endnotes illuminate how and why he’s departed from the Latin to make the joke work in English.

But the translation has not merely made light work of some complex wordplay in the jokes, but has fittingly used (Cicero’s excerpt is a dialogue, remember) language that sounds natural, contemporary and wholly appropriate. Indeed, what could be more appropriate in a conversation about comedy than to use terms such as ‘zinger’, ‘chutzpah’, ‘shtick’, and ‘the whole shebang’… at times it feels like you’re reading a conversation between Mel Brooks and Jackie Mason.

Whilst at other times the vocabulary successfully treads that fine line between being modern, but not trying to be ‘down with the kids’. The use of words such as ‘trigger’ and ‘sick burn’ scud along very nicely, neatly avoiding the cringe-worthy equivalent of an uncle saying ‘rad’ around teenagers.

In short, this is an excellent and enjoyable rendering of two important social and historical documents which can be enjoyed by anyone with even a passing interest, but not necessarily any specialised knowledge, in Classics.

You can buy “How to Tell a Joke” by Michael Fontaine here.