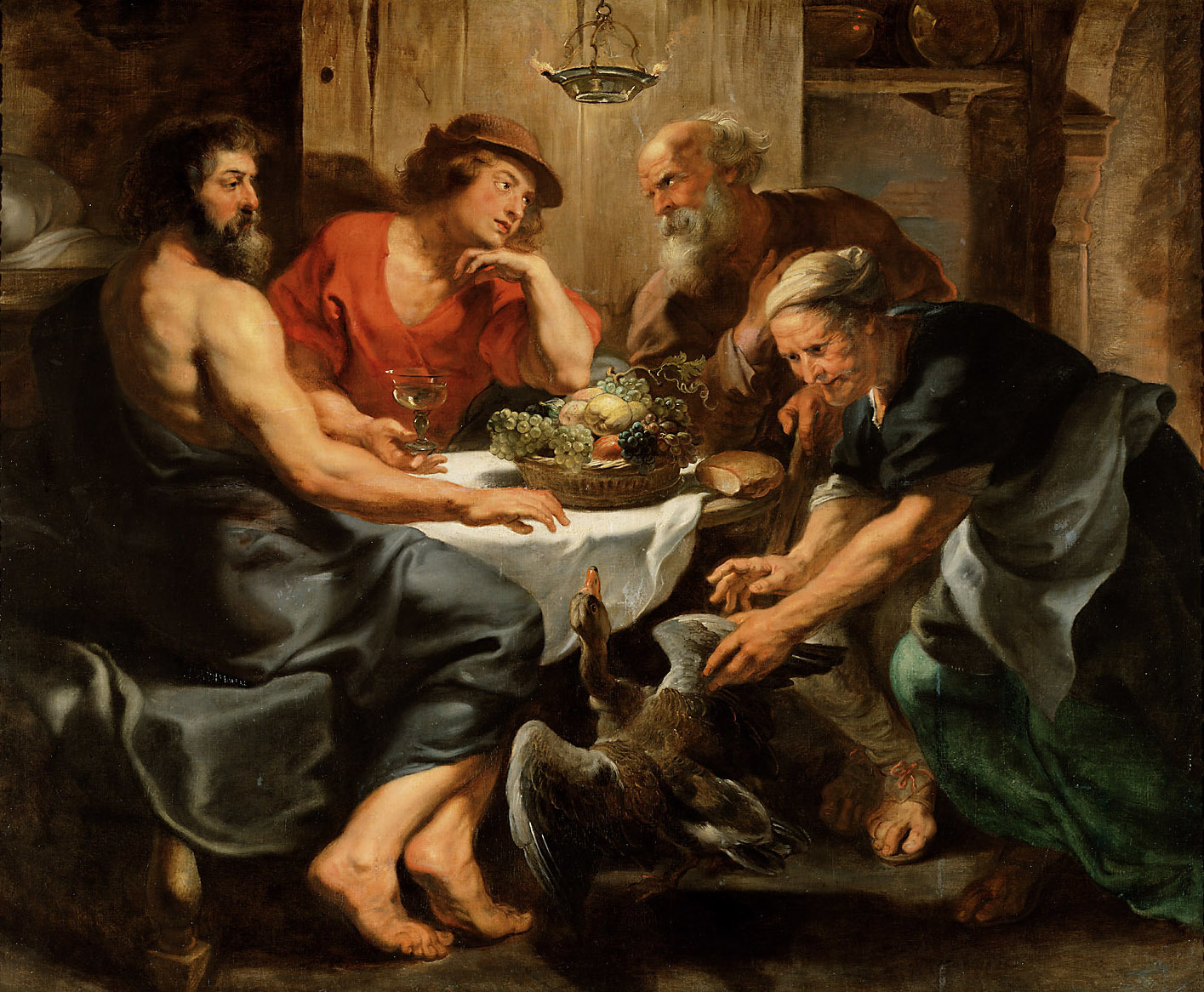 Gift Giving in the Ancient World

All cultures have different rituals and expectations around gift giving. Differences in the nature and complexity of gift giving varies across cultures, but most share common origin in early hunter gatherer societies where gift giving was form of social bonding, a conduit for strong tribal connections, and sometimes even an act of survival.

Early humans gave gifts to attract a mate. The more a male could gift, the higher-status female he could attract, suggesting that gift giving has served as an evolutionary benefit as well as a social one.

Ancient Greece was no exception. The role of gift giving was paramount in order to maintain family ties, secure successful linage, societal infrastructure and manage political relations. This article attempts to explore some of the social and economic consequences of reciprocal gift giving in early Greek society.

In an act of hospitality, Eurycleia washes the feet of Odysseus, disguised as a beggar

The Odyssey portrays the cultural form of gift giving, confirming that social and material gifts were repaid in the form of an exchange. The Greeks referred to this process as Xenia, a social rule whereby one must endeavor to give material and non-material gifts, such as hospitality and food, to a traveler or stranger. It was believed that doing so would put one in favor with the gods.

Politically speaking, Xenia was seen as a force for social good and helped to maintain stability within society. The practice encouraged guest-friend relationships through the medium of gift exchange. Relationships established under Xenia could be maintained over great distances, lengths of time and extend outwards beyond established social connections.

One important aspect of Xenia is that it allowed travelers to pass through otherwise hostile territory safely. Ancient Greek city-states did not promise visitors safety or shelter. Guest houses and inns were limited or non-existent, and those that existed could be too expensive for the casual traveller. In this way, Xenia allowed travelers to pass safely between states, provided someone was willing to accommodate their stay and provide food and shelter for the night. In exchange, travelers would leave a parting gift in thanks.

Jupiter and Mercurius in the House of Philemon and Baucis, by the workshop of Rubens (1630–33): Zeus and Hermes put a village’s hospitality to the test and the only ones to welcome them in were Baucis and Philemon, who were blessed while their neighbors were punished.

On the part of the host, hospitality was also an opportunity to display wealth. The more one gave to others and charitable causes, the higher one’s status was considered to be. As demonstrated in a quote from The Odyssey:

“Come, friend, and give me something; for you seem to be no lowly man among the Greeks, but their most noble lord — indeed a chief.  So, you should offer more than others can — I’d make you famous then in endless lands. I, too, was once a man of means; my house was rich; I often gave to vagabonds, whoever they might be, who came in need” (Homer, p. 351).

The reputations of both the host and traveler relied on this exchange. One could become well-known purely on the basis of the quality of their hospitality, or the value of the gift given in reciprocity.

Gift giving with the expectation of reciprocity is not a concept unique to the Greeks. Marcel Mauss, sociologist and anthropologist, argues that reciprocal exchange is universal to most societies for the purpose of demonstrating wealth, building relationships, and extending social connections.

Gifts to The Gods

Gifts to the gods were also a common form of exchange in the ancient world. One would gift items to temples or statues in exchange for divine blessings. It is at the temple where community gift giving and displays of personal or political wealth were demonstrated.

For example, in the mid-sixth century, Croesus King of Lydia sent large and expensive items as gifts to Apollo at Delphi, to both impress the Greeks and to gain favor with the oracle. Similar items were also found at the Temple of Artemis in Ephesus. It was noted that Croesus not only donated the pillars for the Temple, but also oxen statues made of gold.

Commodities trading existed in Ancient Greece. However, it was frowned upon, believed to fray the fabric of societal cohesion.

Gift giving in ancient Greece, as well as many other ancient societies, was a borderline ritualistic phenomenon. The inevitable time-lapse between gifts served to strengthen ties between individuals and groups. This helped such relationships endure.

Oddly enough, confusion also strengthened the relationship, as it was not always clear how one gift was valued next to another. Therefore, gift exchange would often go back and forth, with either side unsure of who was indebted to whom.

By the late medieval period, Byzantium aristocrats began commodities trading alongside gift giving. At that point, gift giving was valued as stimulus for production.

Since the time of Homer, gift exchange was considered central to relationships between men and women, an important component of maintaining ties between genders.

The nature of the gift was dependent on the gender of the gift giver and receiver. Durable gifts were considered masculine and soft and consumable gifts were regarded as feminine. Gifts were exchanged on many occasions, but the principal occasion was marriage, wherein the women herself was considered an object for exchange!

In other gift giving scenarios, the nature of the value and type of gift a man or woman would receive took into account the gendered roles of Greek archaic and Classical social roles, specifically the types of products each gender was expected to produce. Metals were considered an ideal gift for men and textiles and food for women.

The exchange of gifts between men and women is a familiar theme in Greek literature, from the precious cloth gifted to Agamemnon by his wife Klytemnestra to the poisoned robe given by Deianeira to Herakles. Many Greek tales of gift exchange come with a tragic warning, which historians believe reflected the social anxiety of gift giving between genders, classes and states.