Automation in the Ancient World: The Robots of Greece and Rome | Classical Wisdom Weekly 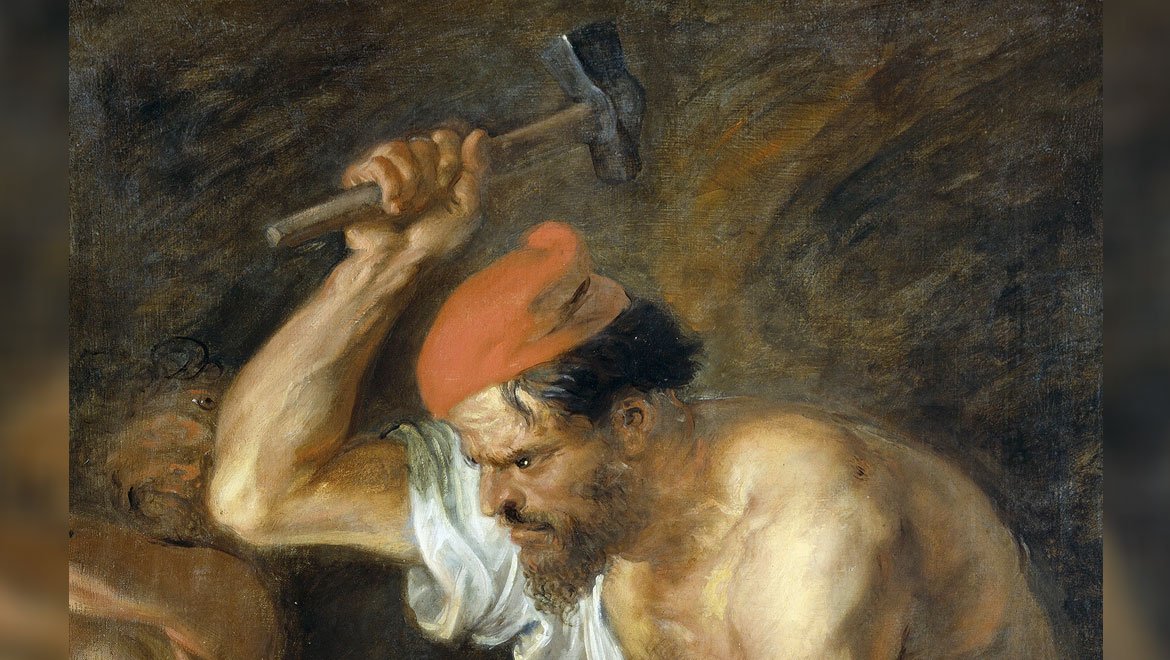 Automation in the Ancient World: The Robots of Greece and Rome

Written by Edward Whelan, Contributing Writer, Classical Wisdom
A common topic of discussion these days is the growing automation of the world. Basically, automation means any machinery or self-operating machinery. They are designed to act in a predetermined way and according to instructions, the best example of this is perhaps a robot.
We think that automation and automatons are modern inventions. In fact, like so much else, we owe a debt to the Romans and Greeks, who were pioneers in automation.
Early automation
The word automation or automaton comes from the Greek. Homer was the first to use this term. In Greek mythology, there are many references to self-moving machines. The poet described tables in Olympus that could be automated.
Hephaestus, the god of blacksmiths, created automatons, or robots, to work in his workshops. This deity also created a killer-robot, Talos, who would throw rocks at the enemy.

The famous inventor Daedalus reputedly created a moving statue that could speak rather like a robot. In another myth, Alkinous, the King of Phaecia, had mechanical watchdogs that guarded his palace. These fables had some basis in fact, as the Greeks were capable engineers.
Robots and automata of the Greeks
The Greeks were able to design and build self-directed machines. There is evidence that they built a bronze automaton of an eagle and a dolphin that were on display at the Olympic Games. Many of the automatons developed were only toys, such as the birds invented by Archytas (c. 428 – 347 BC). However, one inventor known as Philon of Byzantium (c. 280 BC – 220 BC), invented a repeating crossbow.
It seems that in the Hellenistic period, developments in automation really advanced. In this period inventors used a complex system of levers, pulleys and wheels to build self-directed machinery. Rhodes became well known for its machine and there were two automatons in one of its main squares, to impress visitors.
A book on automation, On Automaton-Making, was written by the mathematician-engineer, Hero of Alexandria, and in it he described many of his automatons and self-operating machines. These included hydraulic systems, fire engines, wind-operated machines, and even a self-propelled cart. He also invented a number of war machines. It appears that in Alexandria there was a theatre that consisted only of automatons, who performed dramas for audiences.

Religious automatons and automation
Religion was a very important part of ancient life. Many of the inventions that were developed came to be used in religious processions and temples. From the sources, we know that the Greeks used self-operated machines for religious purposes.
In religious and civic processions, which were a feature of life in cities such as Athens, automatons played a major role. In civic festivals, these machines were a type of entertainment technology. The god Nysa was part of a religious procession in Alexandria, and a figure of the god was carried in a cart and it would stand up and pour libations, which greatly impressed the crowds.
The automated snail of Demetrius of Phalerum is one of the earliest and most intriguing references to a processional automaton from the ancient world. Demetris was a tyrant and used the automaton to impress the population and make them accept his rule.
As for shrines and temples, it seems automatons were used to impress the faithful. There are many references to these technologies. They include references to figurines that could pour libations and also appeared to dance. Some accounts indicate that there was a shrine to Dionysus that had a number of automated figures. Several temples had trumpets that would sound when a door was opened and many shrines had automated water dispensers.

Antikythera mechanism
The majority of technology developed by the Greeks seems to have only been for entertainment, spectacle, and toys, However, the Antikythera mechanism (1st century BC), recovered from a sunken ship in the Aegean Sea, appears to be the first analog computer, and it was designed to make astronomical calculations possible in order to determine the timing of the Olympics.
Roman robots
There is little record of the Romans developing automatons, however, they were great engineers. It seems that, like the Greeks, they used automatons as toys, entertainment and public spectacles.
Mark Anthony had an automaton of Julius Caesar, made of wax, depicting Caesar rising from his deathbed and turning, slowly, to display his twenty-three bleeding wounds to the crowd. This started a riot and led to Brutus and the other killers of Caesar fleeing the city.
There are also reports that Roman temples used mechanical birds and figurines in a similar manner to the Greeks.

Illustration from Roman Watermills: From the 1st century B.C. to the 5th century A.D., by Wilson of High Wray

The end of automation in the ancient world
The collapse of the Roman Empire meant that much of the knowledge of self-operating machines was lost. However, much still survived and the Byzantines, and later the Arabs, built machines based on Greek and Roman models.
It is common for us today to theorize, and even worry, about the future of technology—the possibilities and the dangers that await us from automation and AI. The automatons of today and the future are and will be, of course, more advanced than those of our Greek and Roman ancestors. Nonetheless, they still inspire us to this day.
Facebook