Coronavirus Is Not the Biggest Threat… This Is | Classical Wisdom Weekly 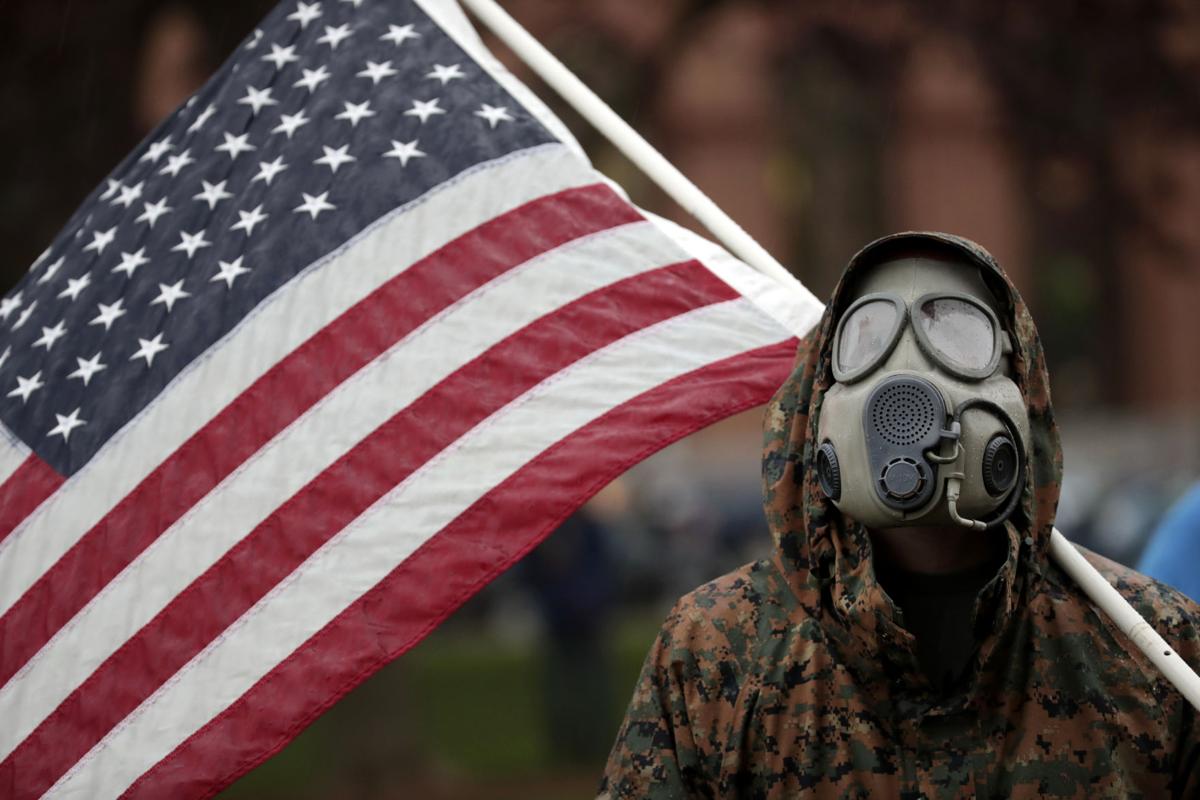 Coronavirus Is Not the Biggest Threat… This Is

Written by Van Bryan, Contributing Writer, Classical Wisdom
You recall our mandate.
At Classical Wisdom, we believe classical wisdom can ring true for modern minds.
After all…
No calamity has been so calamitous… no disaster so disastrous… and no idea so idiotic that it hasn’t happened at least once over the millennia.
The ancients have a lot to teach us. We need only show up to class.
Today’s vision of our next calamity comes courtesy of that famed Greek historian, Thucydides.
Thucydides has garnered the title “the father of scientific history.” Depending on your opinion of his predecessor, Herodotus, he has also been dubbed “the true father of history.”

His History of the Peloponnesian War recounts the fifth-century war between the states of Sparta and the Athenian Empire.
It is in Book II where our attention turns today. There, the old master describes the plague of Athens…

[The plague] is said to have broken out previously in many other places, in the region of Lemnos and elsewhere, but there was no previous record of so great a pestilence and destruction of human life.

Having contracted the plague himself, Thucydides describes the symptoms…

The first internal symptoms were that the throat and tongue became bloody and the breath unnatural and malodorous. This was followed by sneezing and hoarseness, and in a short time the affliction descended to the chest, producing violent coughing.
When it became established in the heart, it convulsed that and produced every kind of evacuation of bile known to the doctors, accompanied by great discomfort.

To make matters worse, the classical Athenians seemed to have no conception of “social distancing.” Rather than flee the confines of the city, the statesman Pericles had ordered Athens to withdraw behind the newly erected city walls.
An ancient petri dish…

Restoration of the North Wall of Athens

In the ensuing years, as many as 100,000 souls—25% of the population—were shuffled off to Hades.
We pause only briefly to imagine the scene.
The piles of wretched bodies, some screaming for water, littering the streets of Athena’s city. The dead were left to rot, burned en masse on funeral pyres, or shoved into collective graves.
In 1995, a mass burial of roughly 1,000 tombs was excavated near Athens’ Kerameikos cemetery. The skeletons of some 150 ancients were discovered there. A postcard from the past.
But, dear reader, let’s not dwell on the grisly details…
It is not the plague itself that concerns us today. It is the pestilence of Athens’ soul that we are troubled by.
And it is here that we fear our future lies…

No Fear of the Gods
Thucydides recognized that the plague infected more than the body. It infected the moral character of the city’s occupants. And it poisoned the societal fabric of glorious Athens.
Writes Thucydides…

No one was willing to persevere in struggling for what was considered an honorable result, since he could not be sure that he would not perish before he achieved it. What was pleasant in the short term, and what was in any way conducive to that, came to be accepted as honorable and useful. No fear of the gods or law of men had any restraining power, since it was judged to make no difference whether one was pious or not as all alike could be seen dying.

Pericles, in his Funeral Oration, had called Athens “the school of Hellas.” And the average Athenian had “the power of adapting himself to the most varied forms of action with the utmost versatility and grace.”

In other words, Athens is great. And it’s people even greater!
But under the duress of plague, that myth was dispelled.
Athenians abandoned the gods… tradition… and honor. They fell instead to fear and ignoble behavior.
And as the morality of the people weakened, the city itself died.
Athens surrendered to Sparta in 404 BC. Its walls were torn down. Its fledgling empire—born from the Delian League—was dismantled.
Democracy, that uniquely Athenian custom, was the final casualty. It was disbanded. In its place, the “thirty tyrants” ruled over the city.
Democracy would eventually be restored—just in time to execute Socrates by popular vote!
But Athens would never regain her former glory.
The school of Hellas was no more.

Prevented from Doing Wrong
Yes, dear reader. It was not the plague that doomed the Golden Age of Athens. It was the spiritual sickness that closed the crypt.
In his Funeral Oration, Pericles tells the Athenians…

[We] are not suspicious of one another, nor angry with our neighbor if he does what he likes; we do not put on sour looks at him which, though harmless, are not pleasant. While we are thus unconstrained in our private business, a spirit of reverence pervades our public acts; we are prevented from doing wrong by respect for the authorities.

But stricken with plague, Athens could no longer claim a “spirit of reverence.”
This was not an observation unique to Thucydides, either.
Writes to Stoic Roman emperor, Marcus Aurelius in book IX of his Meditations…

An infected mind is a far more dangerous pestilence than any plague. One only threatens your life. The other destroys your character.

And at the risk of piling on, we cite the existentialist Albert Camus. Writing of a fictional plague that swept the coastal French Algerian city of Oran, Camus writes…

For the moment, he wished to behave like all the others around him who believed, or made believe, that plague can come and go without changing anything in men’s hearts.

Yes, of course, the invisible enemy is a very real virus. And to the weak and infirm especially—as in Athens—it presents a potential offramp to the underworld.
But we wonder in what form our own moral decay will come…

A protester carries his rifle at the State Capitol in Lansing, Mich., Thursday, April 30, 2020. Hoisting American flags and handmade signs, protesters returned to the state Capitol to denounce Gov. Gretchen Whitmer’s stay-home order and business restrictions due to the coronavirus pandemic while lawmakers met to consider extending her emergency declaration hours before it expires. (Photo: Paul Sancya, AP)

Today, citizens are rewarded for “snitching” on each other. We look with distrust at our fellow man if he (gasp!) goes un-masked in a public park. The respect for authorities—already frayed—is wilting with every week in lockdown.
We fear not the gods nor the laws of man, dear reader. Our own spirit of reverence is shirking.
How and when will our own empire fall?
We don’t know.
But what’s this we hear?
The distant footsteps of soldiers marching in cadence. The sound of bronze shields clashing echoes in the distance. The Spartans will soon be upon us.
Our own “school of Hellas” stands mighty for now.
But the walls are beginning to tremble…
Facebook