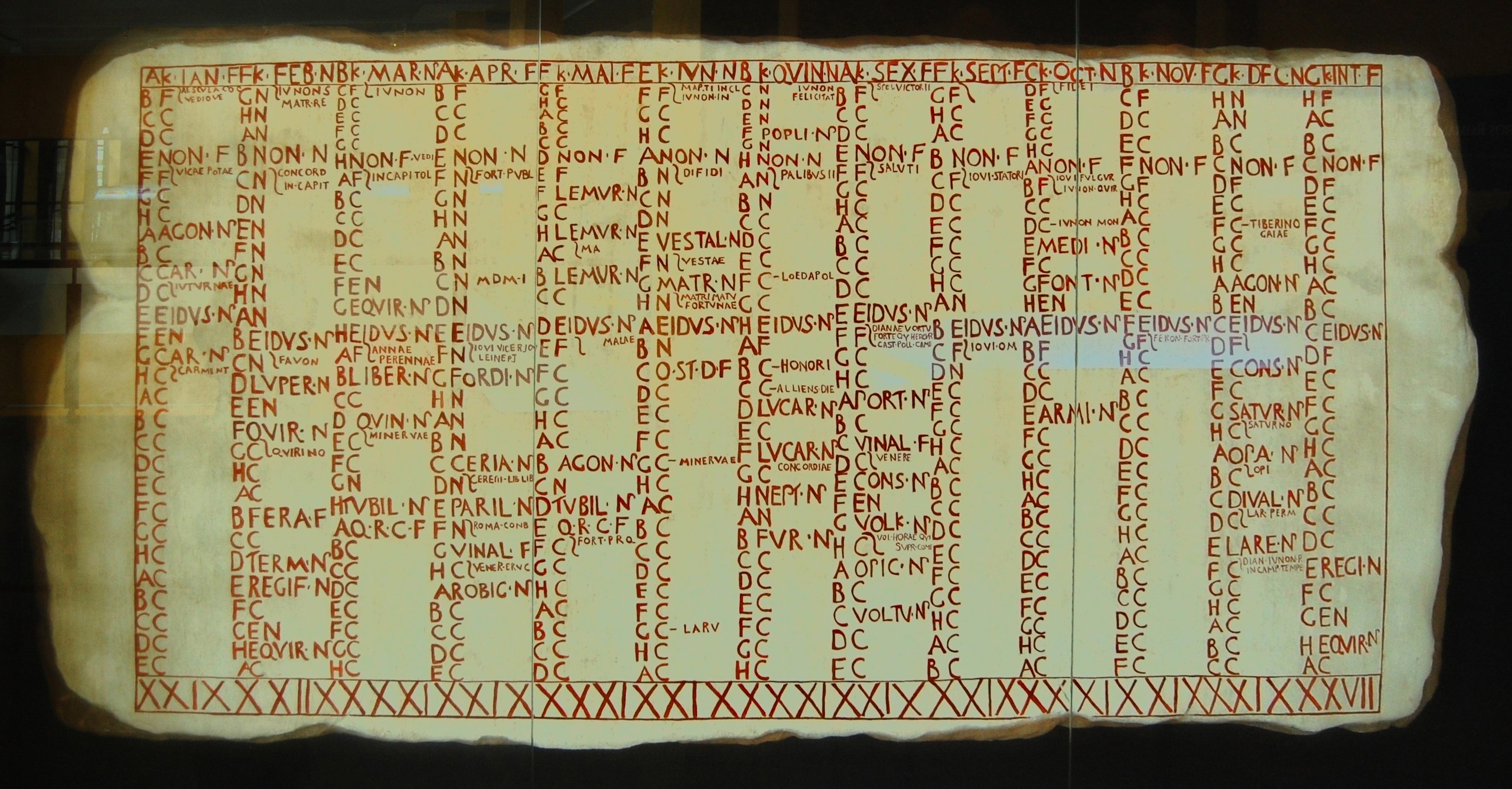 Date and Time in Ancient Rome

Written by Visnja Bojovic, Contributing Writer, Classical Wisdom
Time. It’s an abstract concept, but it frames our life possibly more than anything else. We cannot touch time, we cannot feel it or see it, but we know for sure that, as the years pass, we will have (more) grey hair and a lot more stories to tell as a result of it.
Nowadays when we read articles and blogs about the importance of time, they are mostly related to the significance of time management and living every moment as if it was our last (Memento mori!). Of course, all of this is very important as we should be aware of the preciousness and uniqueness of every moment. However, we should not forget that time is important in a much more practical sense as well.
Imagine spending a day without being able to tell the time. Even just the thought of it gives you a certain amount of discomfort, doesn’t it? We are all completely dependent on a system of time measurement that is precise enough to prevent us from being late for an important meeting, that accurately counts the period between contractions, or that allows us to perfectly boil an egg.
However, we should be reminded that it has not always been like this. There are generations of people that we are indebted to for being able to do all these things without worrying. 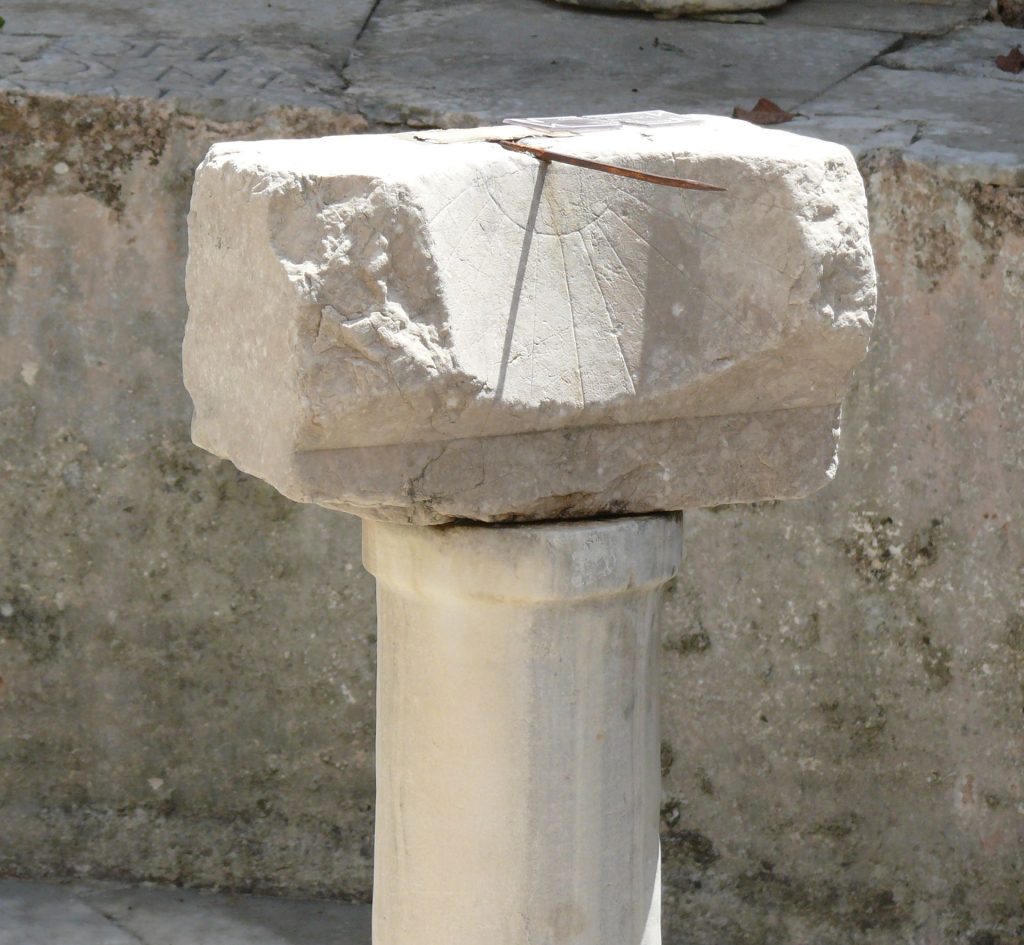 A Roman-era sundial on display at a museum in Side, Turkey.

Inventing the modern calendar
The greatest contribution to the Roman calendar was made by Julius Caesar. We are all more or less familiar with the term Julian calendar, but what does it mean?
To understand the enormous significance of Caesar’s reform, we should first understand the issues that he was facing. As the early Romans primarily lived off of agriculture, the nature of the Roman calendar was agricultural as well. This meant that the earliest Roman years had 10 months, because January and February were unproductive months, and therefore considered nonexistent. This explains the names of the months that have remained in use to this today (e.g. November has the number 9 in its stem, novem because it was originally the 9th month).
January became the first month in 153. B.C., but there was still quite a large gap between the lunar cycle and the solar cycle. By the time of Caesar, the lunar year was months ahead of the solar year in use. The people responsible for the calendar were the pontiffs (priests), so when Caesar became pontifex Maximus in 63. B.C., he employed Sosigenes of Alexandria to help him with this change.
They stretched the year 46 B.C.—now known as the longest year in history—to 445 days long to remove this discrepancy, and introduced the leap year, which meant adding one day in February every four years. However, pontiffs wrongly added this day every three years. Fortunately, the error was corrected by Augustus who discarded this intercalation for 16 years. He rewarded himself with naming the 8th month Augustus and took one day from February to make his month equal to that of July (named after Julius Caesar). 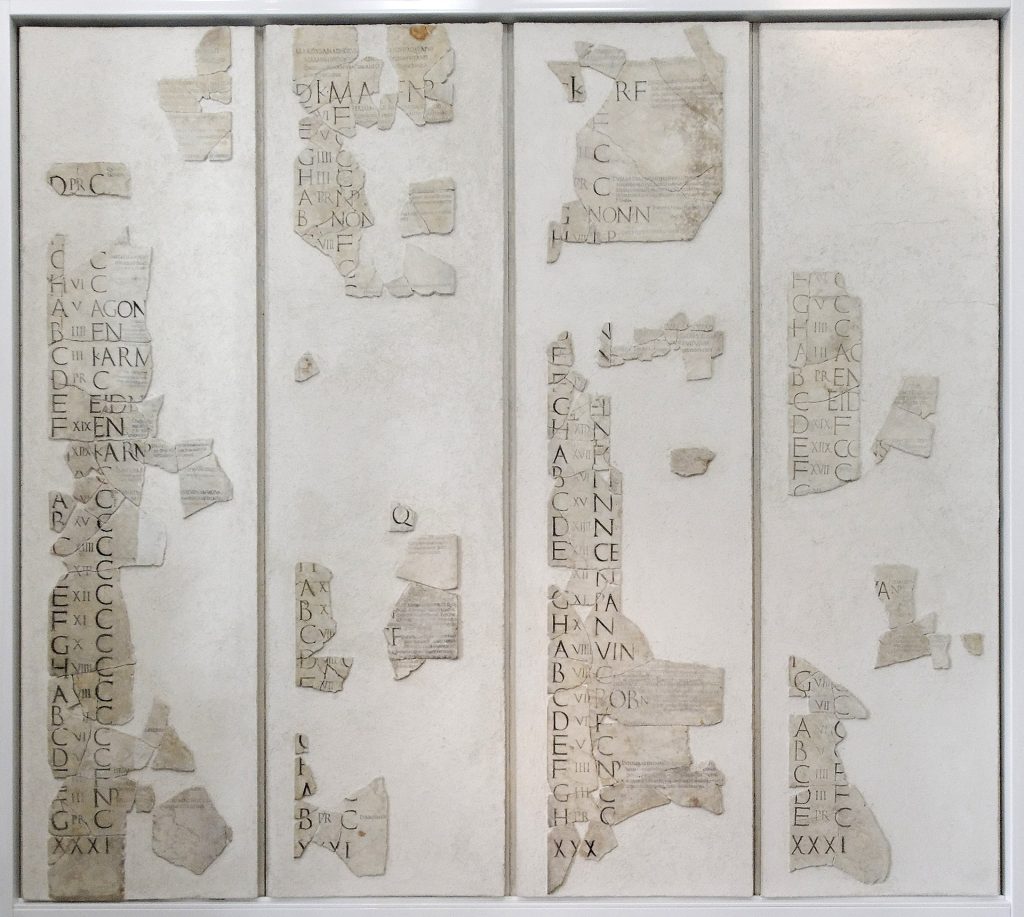 The remains of the Fasti Praenestini. Discovered in 1770, this calendar was arranged by the famous grammarian Verrius Flaccus and contains the months of January, March, April, and December, and a portion of February. The tablets give an account of festivals, as well as the triumphs of Augustus and Tiberius.

When it comes to days and weeks, they were also initially influenced by agriculture and the Roman lifestyle. The Roman week lasted for eight days because this was the length of the period between the market days, called Nundinae. Under the influence of astrology (it was believed that there were seven planets) and Judaism, the week came to have 7 days somewhere between 19. B.C. and 14. A.D.
What day is it?
Romans had a very peculiar way of expressing dates. The days were numbered concerning three specifically named days, by counting them retrospectively. Those days were: Kalends or Kalendae (1st day of the month), Nones or Nonae  (5th or 7th day) and Ides or Idus (13th or 15th day). Therefore, if you wanted to mark May 13th you would have to say: ”two days before the Ides of May!” If it was one day before one of these dates they would use the expression pridie which expressed one day before a certain date.
Clocks and hours
As for the instruments for telling time, they are very difficult to trace but we do know that Roman horologia (clocks) were mostly solaria (Sundials) and clepsydrae, i.e. water clocks. Even though Herodotus writes about the hours as short time units, perceived as such firstly by Egyptians, and later borrowed by the Greeks, there is no account of it in Rome until the arrival of the sundial. The most well-known one is the famous Solarium Augusti on Campus Martius for which an Egyptian obelisk was used. 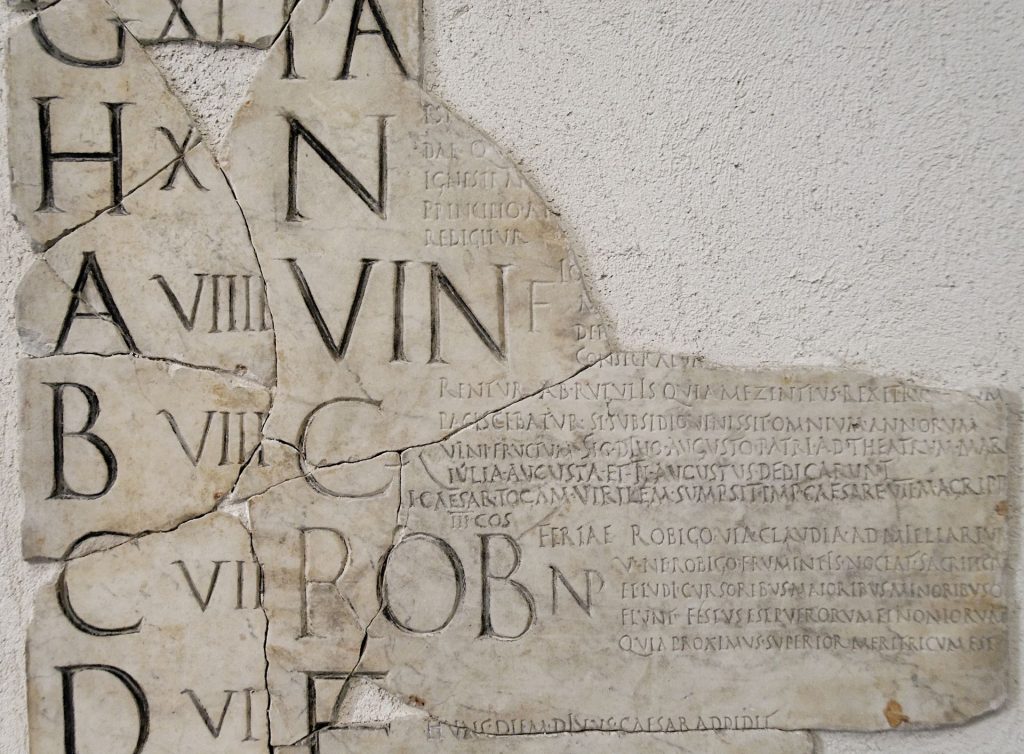 A fragment of the Fasti Praenestini for the month of April (Aprilis), showing its nundinal letters on the left side

However, despite this great improvement, Romans had a long way to go to arrive at even a relatively accurate division of hours. It is believed that the first sundial to offer a more or less precise account was set up in 146. B.C. The advent of the sundial resulted in the division of daytime by twelve hours, but this type of clock still had many disadvantages, which resulted in one hour varying between 45 and 75 minutes. The indication of time was given by numbering hours, e.g. hora prima, hora secunda, etc. As for the night, it was divided into four watches called prima vigilia, secunda vigilia, etc.
Conclusion
Now, this is all very complicated, at least when compared to how easy it is for us to tell time on our smartphones and digital watches.
Yet, if I have managed to give you a glimpse of how complicated it was for our ancestors to come up with an accurate system of time measurement, I hope it leads to a greater appreciation for the comfort and convenience we now enjoy due to the hard work of ancient peoples thousands of years removed from us.
Facebook