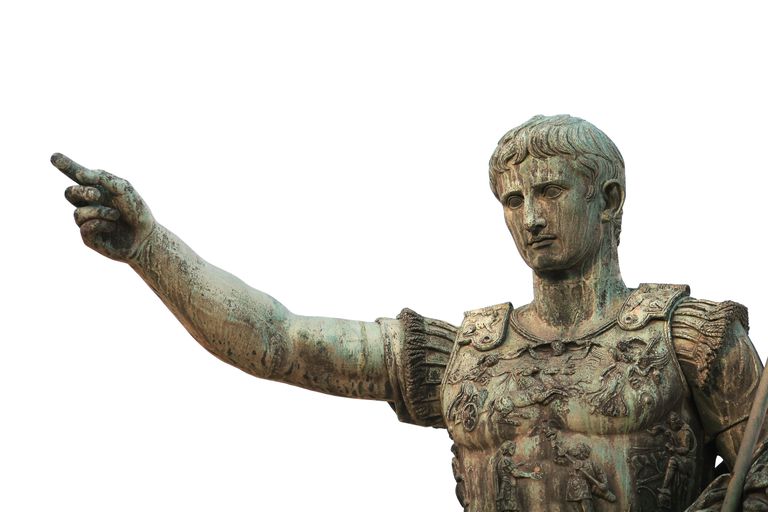 The Banishment of Julia Augusti (PART 1)

“I would certainly not describe as mercy, what was actually the exhaustion of cruelty.”

~ Seneca, On Mercy (referring to the deified Augustus)

“Let her be banished for life,” Augustus is recorded as saying about the harsh exile of his only biological child, Julia, to the barren and windswept penal-island of Pandateria (present-day Ventotene). Banishment from Rome, however, was not enough for the wayward princess. The emperor had further decreed that aside from the guards who kept watch, no men were allowed on the island. The thinking was that because she was a woman of loose virtue, being deprived of male companionship would make for a more exacting punishment. To that end, wine was forbidden on that stygian enclave and food provisions were at a mere minimum. In other words, Julia was in prison.
Adored within the palace and outside of it, Julia was charismatic, sophisticated, and renowned for her joie de vivre. When word of her banishment got out all of Rome was in an uproar. No one had foreseen that even a wet blanket like Augustus was capable of exiling his only biological child.
In an attempt to restore their adored princess, whom they lovingly referred to as “the merry widow,” the people came out in droves for her. They held effigies calling for her release as they packed the curia and filled the streets with noise and rancor. An indifferent Augustus decried:  “Fire will sooner mix with water than that she shall be allowed to return.” In a playful retort, the people threw fiery torches on the Tiber.

View of the Tiber looking towards Vatican City.

The emperor was not amused. The sight of the flares aglow on the river made him increasingly dig in his heels. He charged: “If you ever bring up this matter again, may the gods afflict you with similar daughters or wives.” Although the protests eventually abated, the people’s princess was not forgotten.
Once the apple of her father’s eye, Augustus had playfully referred to his daughter as “Juliola.” An outspoken and independent-minded Julia would oftentimes spar with her strait-laced dad, inducing him to famously quip: “There are two wayward daughters that I have to put up with, the Roman commonwealth and Julia.”
Despite the back and forth, by all that is used to measure a father-daughter relationship in ancient Rome, theirs appeared adequate. So, what could account for their sudden break? Over these long millennia, Julia’s reputation has been maligned by ancient writers and contemporary historians alike, but was it something more than loose morals that set her father against her?
Make no mistake, being labeled a woman of ill-repute was reason enough to land Julia on the prison island during the authoritarian Augustan era. All the same, according to Suetonius, Augustus debated putting his daughter to death. In fact, after Julia’s freedwoman, Phoebe, committed suicide over her mistress’s scandal, Augustus bewailed:  “I had rather be the father of Phoebe than of Julia.”

Bust of Julia the Elder

Considering the severity of her father’s reaction to the disgrace, some believe that Julia’s fall was due to her involvement in a political intrigue to overthrow him.  But why act against her better interests when her two eldest sons were adopted by Augustus and primed for the throne?
This Classical Wisdom series examines the life of  Julia and explores the possible reasons behind her harsh exile, delving into the politics of the era and the climate of paranoia and suspicion within the Julio-Claudian clan itself.
One big happy family, Julia has the unfortunate distinction of being the first in a long line of Julio-Claudian (more Julio than Claudian) women forced into exile by the ruling males of their family—with no trial or due process. In fact, with the exception of her granddaughter Drusilla (who died of fever at twenty-three), all of Julia’s female descendants were exiled—the only one surviving her exile was Agrippina the Younger. In order to understand the power play between the Julio-Claudians, it is useful to have some background on the clan.
On the day Julia Augusti was born, her father—merely Octavian back then—saw fit to divorce his second wife, her mother, Scribonia. As grounds for divorce in Rome, a husband might merely state that in addition to his wife being troublesome, she was also bad in bed; both reasons Octavian used in his divorce decree.

Head of Augustus as Pontifex Maximus, Roman artwork of the late Augustan period, last decade of the 1st century BC

Though some say that Octavian might have thought twice about deserting his wife, if she had had the good sense to produce a son for him. Others suggest he waited until after she was born so that, as father, he could lay claim to her. Children in ancient Rome were the possessions of their fathers yet sources indicate that because she was merely female Octavian was in no rush to bring her into his home; instead Julia may have spent the first few years of life with her mother.
If the would-be primogenitor of the Julio-Claudian dynasty had high hopes for a long line of offspring with his next wife, the gods had other plans. Although their fifty-one year marriage could be charged with many things, being fruitful was not among them—Augustus and Livia would produce no issue.
Perhaps it was their shocking courtship that the gods frowned upon. Indeed, the emperor who would become known for his draconian marriage laws had himself a tarnished record in that regard. With a pregnant wife at home, a married Octavian took up with the virtuous Livia while she was married to her first husband, Tiberius Claudius Nero, and carrying their second child. Behavior scandalous even by the looser moral standards of the Roman Republic.
Three days after giving birth to what would be her second and last child, Livia became Octavian’s third, final, and most indelible wife. An ignominious start by the first imperial couple who would define themselves by their strict morality.
Facebook