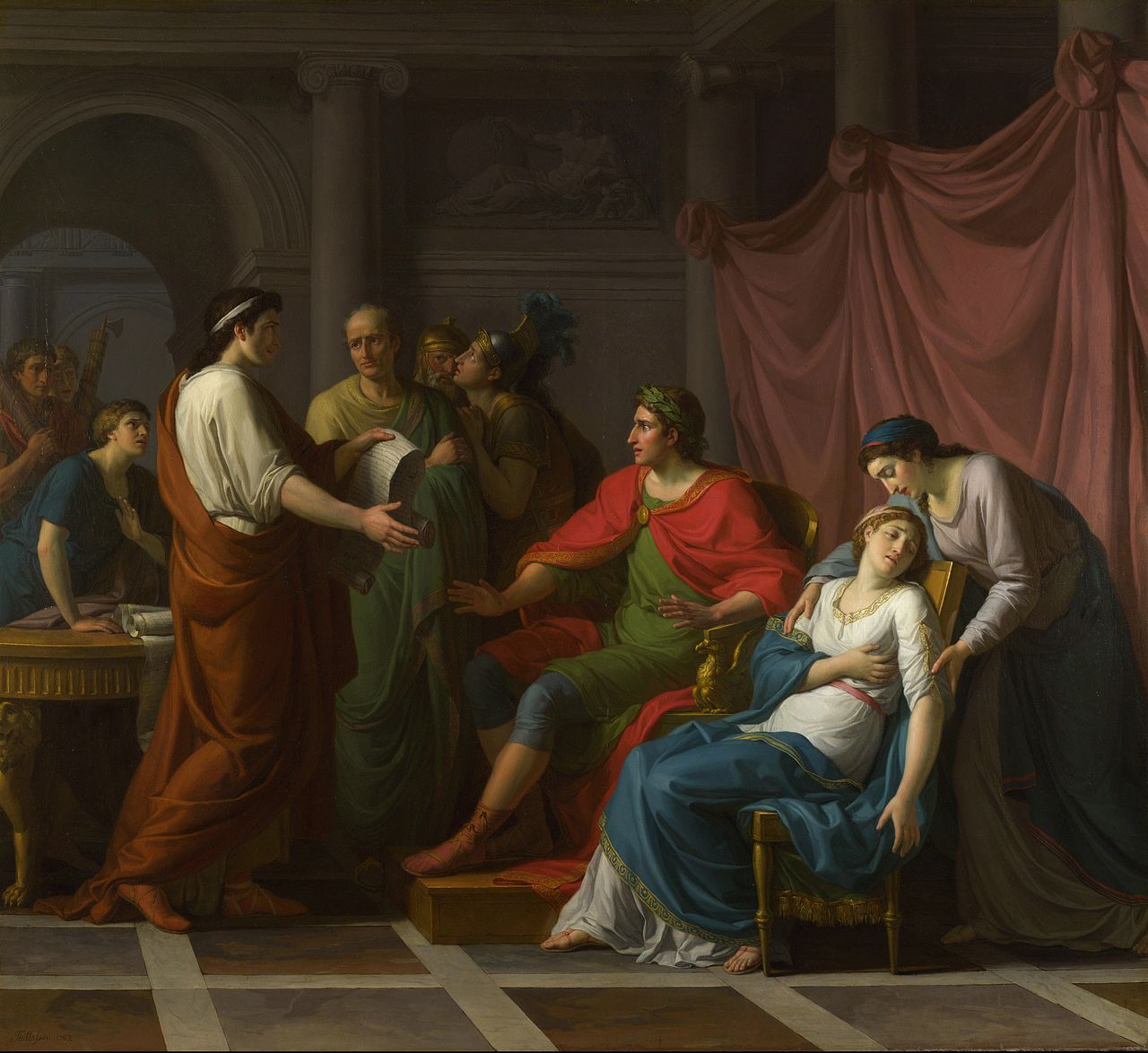 The Banishment of Julia Augusti (PART 3)

Written by Mary Naples, Contributing Writer, Classical Wisdom
Yet, as it turns out, Livia would not be unhappy for long. Poor Marcellus would not live to see his twenty-first birthday. After just two years of marriage, an epidemic swept through the Roman Empire that would infect Augustus almost to death. After he improved, it went after his young scion. Everyone expected the golden prince to make a full recovery.
When he perished it set off a period of mourning in Rome that resulted in some of the greatest poetry of the age. Both Virgil in the Aeneid and Propertius in Elegies wrote movingly of the prince’s passing. The ancients tell us that after her son Marcellus perished, Octavia withdrew from society.
A widow at sixteen, the ancients do not mention Julia’s feelings for her husband with whom she had been raised. And imagine how crushed Augustus must have been that the double Julian union produced no issue.
However, was Marcellus’s death natural?  Marcellus would be the first in a long line of successors who found it difficult to succeed Augustus. In fact, history bears out that each time a dynastic successor for Augustus emerged he was met with an untimely end. 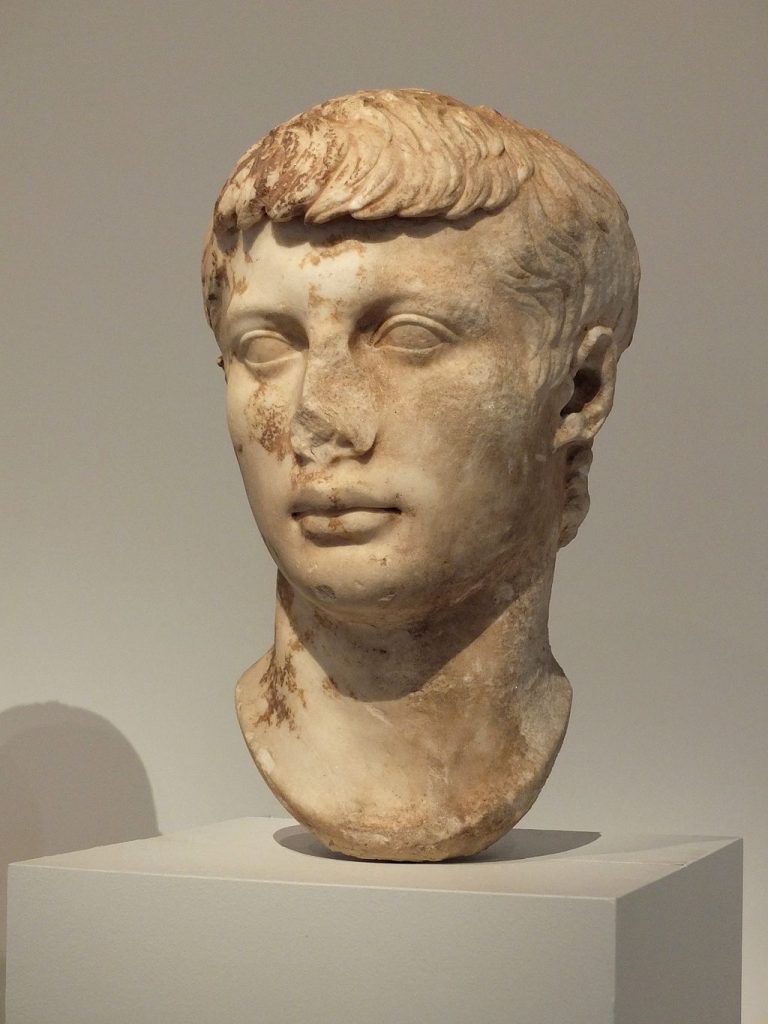 Marcellus, nephew and son-in-law of Augustus.

Once Marcellus was laid to rest, the whispers began that Livia had a hand in his death. It was her son, after all, who had the most to gain. Nevertheless, if Livia was responsible for Marcellus’s demise, it was all for naught. Within a short year, Augustus betrothed his freshly widowed daughter to his close friend and war hero, the mighty general and consul Marcus Vispanius Agrippa (63 BCE-12 BCE).
Everything was set except for one small detail, Agrippa was already married. But something as trite as Agrippa’s marriage—a marriage Augustus had himself arranged years ago to Marcellus’s sister—did not stop the Princeps from fashioning Agrippa as his next son-in-law and heir-apparent.
Livia was seething. A patrician through and through, not only was she unhappy that Tiberius was once again passed over, but what is more, that he was eclipsed by someone of humble and plebian origins, several rungs below the exalted Claudian line. 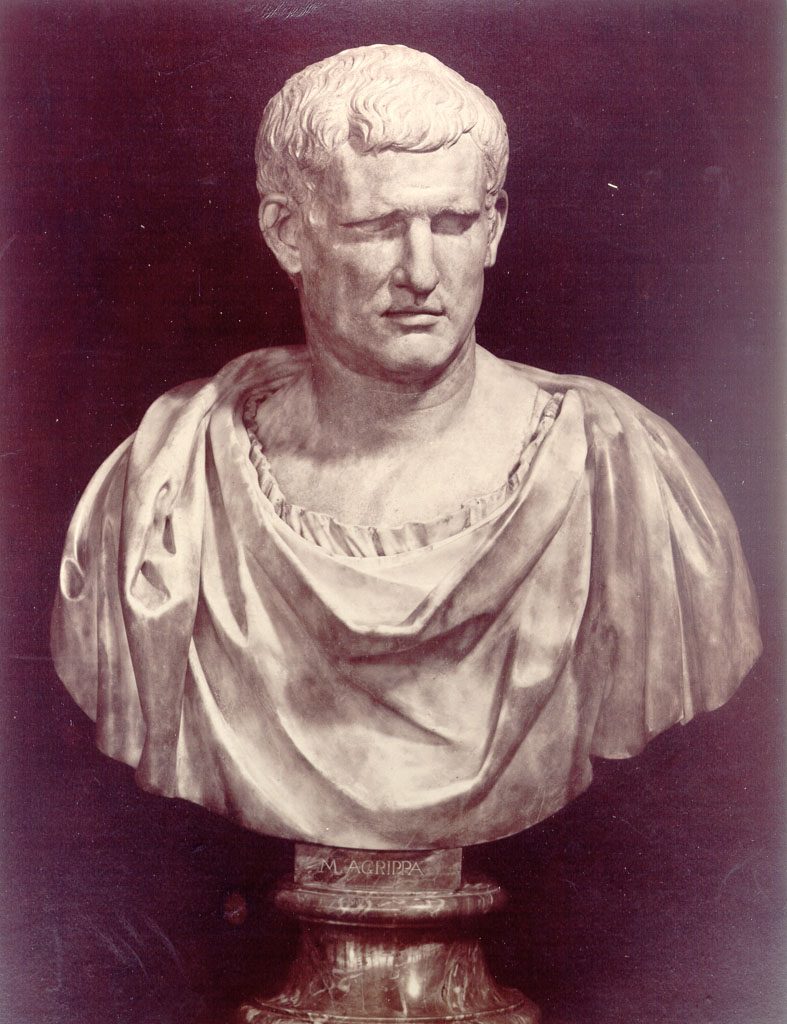 Bust of Agrippa, photo from the late 19th to early 20th century, Florence.

The political truth, however, was more complicated. With the support of his loyal legionnaires, if anyone could launch a successful armed insurrection against Augustus, it would be his beloved general. A central player in Rome’s governance, Agrippa had been disappointed in Augustus’s selection of Marcellus two years ago. The poet, Gaius Maecenas—a good friend of Augustus—is quoted as saying about Agrippa: “Kill him or make him your son-in-law.” Ever prudent, the Princeps chose not to offend the man (or his legions) who all but won the Battle of Actium for him, so he made him his son-in-law instead.
Once again marching to her father’s orders, the eighteen-year-old Julia married Agrippa.  As with her wedding to Marcellus, the Princeps—off on one expedition or another—did not attend the nuptials he so diligently arranged. The ancients are mute when it comes to Julia’s sentiments about her latest match, a man twenty-five years her senior.
Often accompanying her husband on his campaigns abroad, in the nine years they were married she produced four children; two sons (Gaius and Lucius) and two daughters (Agrippina and Julia) and she was pregnant with her fifth child (Agrippa Posthumus) when Agrippa died in 12 BCE. 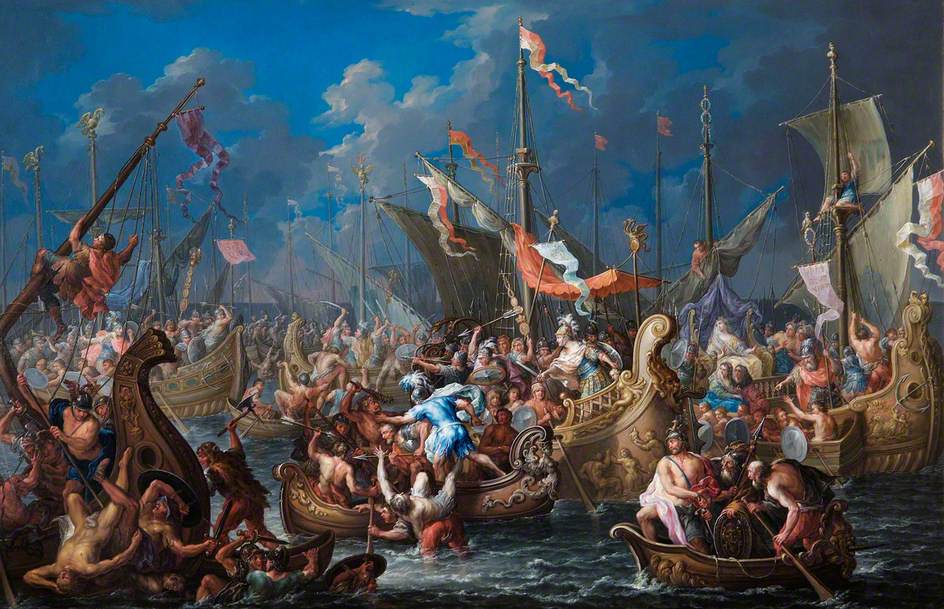 Anthony and Cleopatra at the Battle of Actium, by Johann Georg (c) English Heritage, The Wellington Collection, Apsley House; Supplied by The Public Catalogue Foundation.

In 17BCE, following the birth of her second son Lucius, the overbearing Princeps—needing more fodder for his dynastic mill—formally adopted her two eldest sons, taking full possession of them lock, stock, and barrel. Adoption in ancient Rome was a complete and irrevocable affair in which the child officially became the adopted father’s with no formal ties to his biological parents.
In this way, Julia was curtailed from providing a loving home and early education to her sons—principal functions of a matrona (married woman). Yet again the ancients are silent about her reaction to the appropriation of her sons. But assuming possession of Gaius and Lucius was not the only autocratic item on the Princeps’ domestic agenda at the time.
Facebook