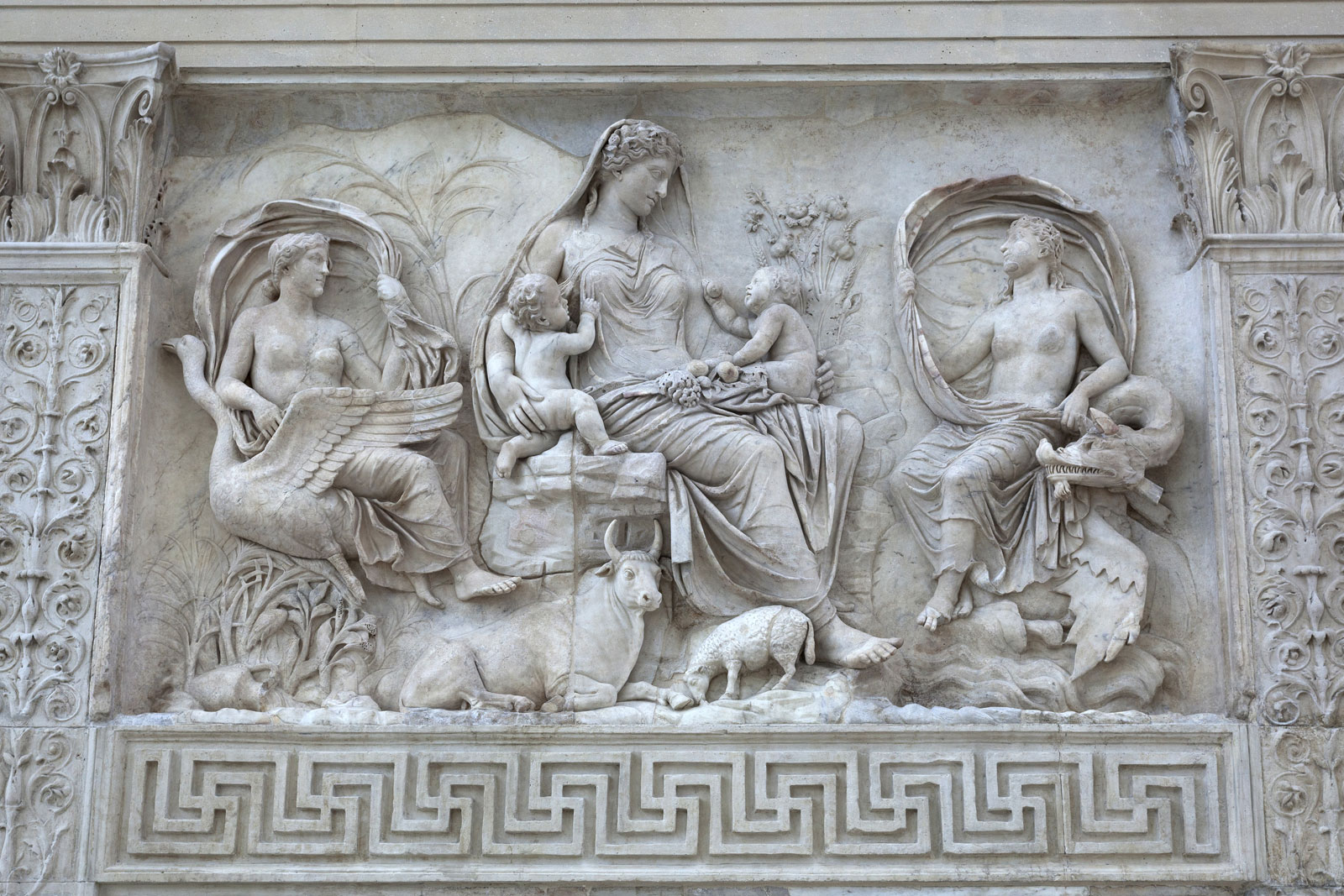 The Banishment of Julia Augusti (PART 4)

Written by Mary Naples, Contributing Writer, Classical Wisdom
Attempting to revive the virtues and morality of the old Republic, Augustus set forth a series of contentious marriage laws ostensibly designed to boast marriage and procreation amongst the patrician class. Serving as a model of chastity, the headliner used as an exemplar to promote the Julian Laws was his own daughter. In fact, at the Princeps’ behest, flanked between her two young sons, Julia’s was the first female image to grace a Roman coin.
All was looking up for the princess, but in a grim foreshadowing of Julia’s unhappy fate, the long arm of the Princeps’ new laws was particularly constricting for women. Although adultery was criminalized for both sexes, a married woman was guilty of adultery if she had sex with anyone but her husband while a married man was guilty of adultery only if he had sex with a married woman. In other words, for married men, single women, slave girls, prostitutes, and concubines were up for grabs.
Patriarchal to its core, a prime concern in the authoritarian laws was an assurance of paternity. Punishment for the offenders was harsh; a father could kill his married daughter if she was caught in flagrante with her lover. A cuckolded husband was obligated to divorce his wife immediately; those who did not were charged with pimping. As well as undergoing harsh financial penalties, if found guilty in a special court of law, the newly divorced woman and her lover were exiled. Additionally, there were penalties for men who remained unmarried, and women who were divorced for other reasons—if of child-bearing age—were required to remarry within a year and a half. The only favorable element for married women was an exemption from male guardianship if she produced three or more children. 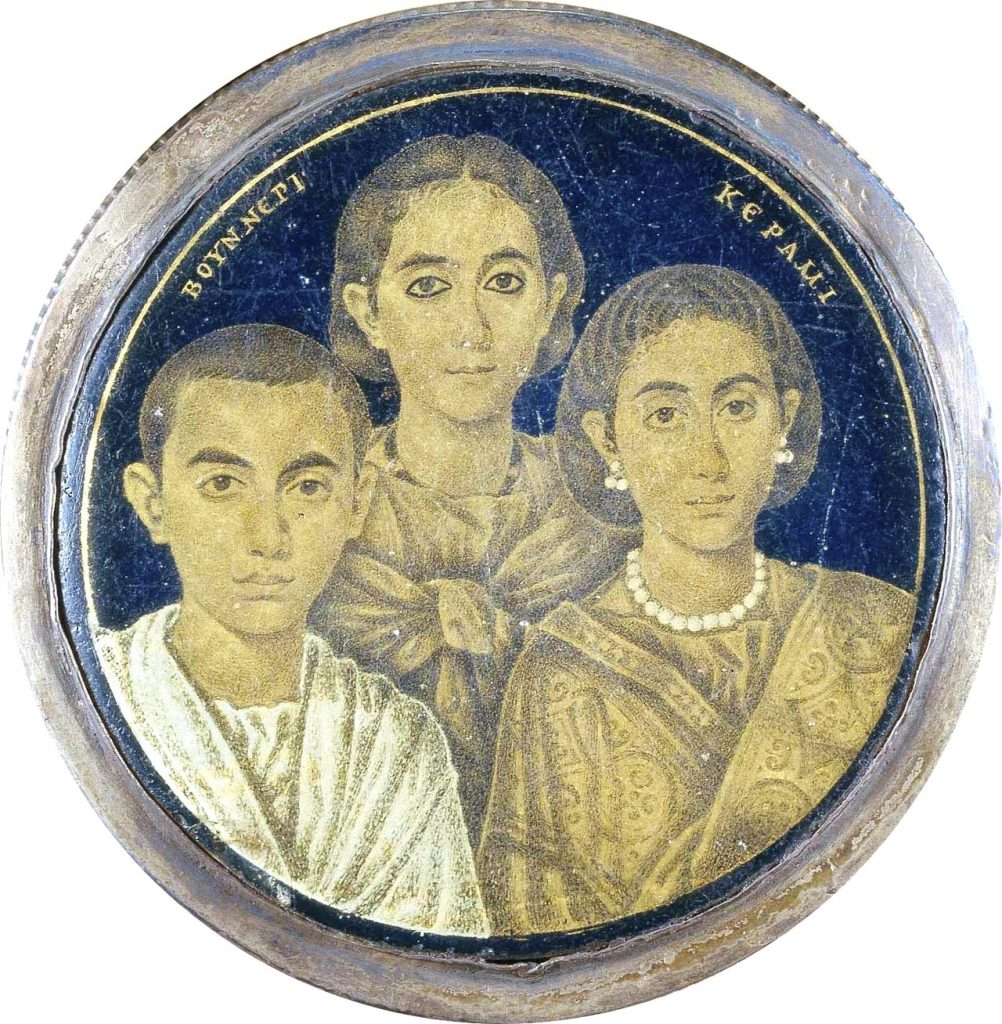 Detail of a gold glass medallion with a portrait of a family, from Alexandria (Roman Egypt), 3rd-4th century (Brescia, Museo di Santa Giulia).

All in all, the autocratic laws were deeply unpopular; public demonstrations called for their appeal to the deaf ear of the Princeps. Make no mistake, it was not lost on anyone that the strict marriage laws were proscribed by a man whose marital record (and that of his virtuous wife) was itself deeply tainted.   Moreover, the standard-bearer for the new morality laws was herself getting a reputation as someone who was loose with her favors.
While married to Agrippa, stories begin to emerge about Julia’s infidelities. We primarily hear Julia’s strident voice through anecdotes compiled in Macrobius’s fifth century CE work Saturnalia. A commentator about the Greek and Roman worlds, Macrobius recounts many of Julia’s witticisms—originally recorded by Domitius Marsus, an Augustan poet privy to palace intrigue. Believed to have had lovers, when asked how her children all resembled Agrippa she quipped: “Passengers are never allowed on board until the hold is full.” The ancients tell us that the Princeps was familiar with some of the rumors about his daughter but because the children favored Agrippa, he looked the other way. Nevertheless, if Julia’s morals were loose, she learned from the great moral leader himself.
While his besmirched beginnings with Livia were common knowledge, even after they married, Augustus’ indiscretions were legendary. In response to a letter from then-Octavian chastising Antony for his relationship with Cleopatra, Antony enumerates the affairs that Octavian engaged in since his marriage to Livia.
Over the years, a name that came up time and again was Terentia or Terentilla, the wife of his “good friend,” Maecenas. “That he was an adulterer upon many occasions even his friends did not deny,” Seutonius asserts, then boldly adds that by seducing the wives of his adversaries Augustus’s seductions were for the good of the Roman state. Yet Seutonius has no such excuse for the orgy Augustus hosted on at least one occasion. 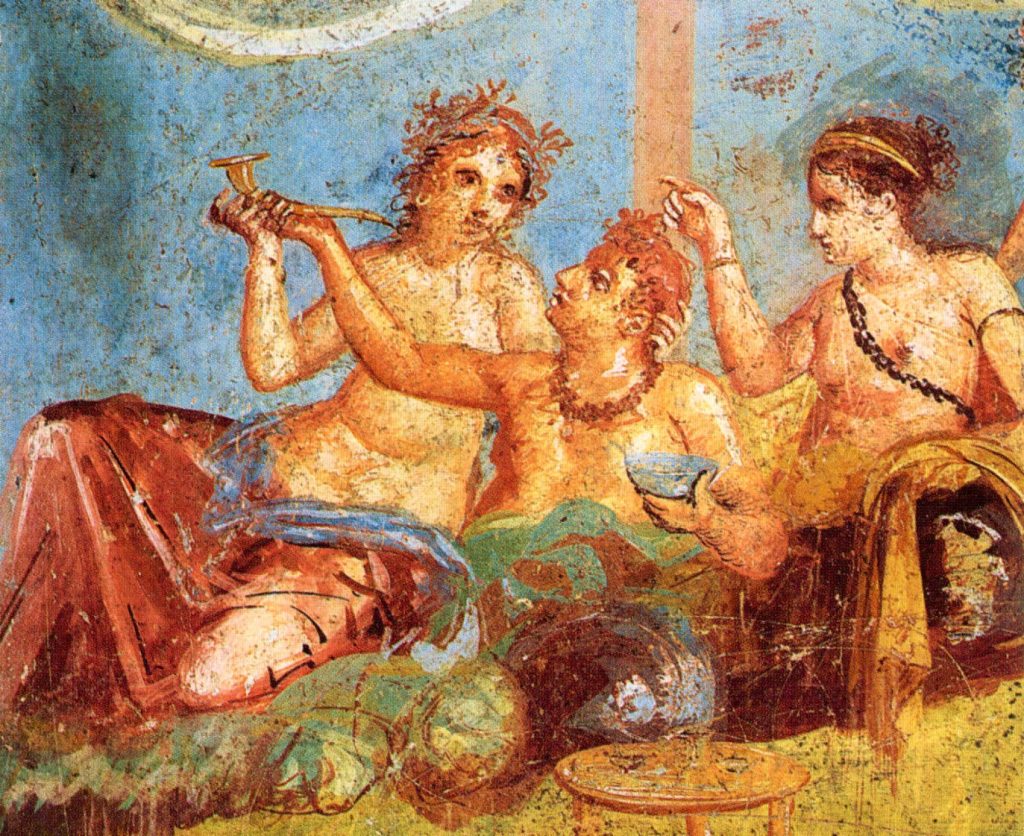 Roman fresco with a banquet scene from the Casa dei Casti Amanti, Pompeii

How did Livia respond to his infidelities? According to the ancients, not only did Livia look the other way, but in his old age—evidently too infirm for seduction—she supplied him with fresh virgins for deflowering. While some of the reports may be a case of masculine hyperbole, it is important to note that Romans frowned upon men driven by lusts, deeming such activity feminized behavior. One thing is certain, if the marriage laws were in place when they hooked up, Augustus and Livia would each have been exiled to separate islands.
With the new laws in place, Julia was playing a dangerous game of chance which would soon become even more so. Regardless of her relationship with the much older Agrippa, her life was rocked by his sudden death in 12 BCE while she was pregnant with their fifth child. Yet, if she were any other woman living in Rome, a life of independence would await as the marriage laws would have protected the mother of the requisite three children (ius trium liberorum) from surrendering to patriarchal pressure to remarry.
But such was not the case for the Princeps’ daughter. Preoccupied as ever with dynastic sequence, Augustus had to make sure that his “own sons” (Gaius and Lucius—aged eight and five now) were in line of succession after he died. The worry was that in an attempt to overthrow the dynasty, any ambitious nobleman could cajole the princess into marrying. Besides, at twenty-seven, Julia was still of child-bearing age. Ever-greedy for more heirs, the controlling Princeps was compelled, yet again, to hand-pick her next husband.
Facebook