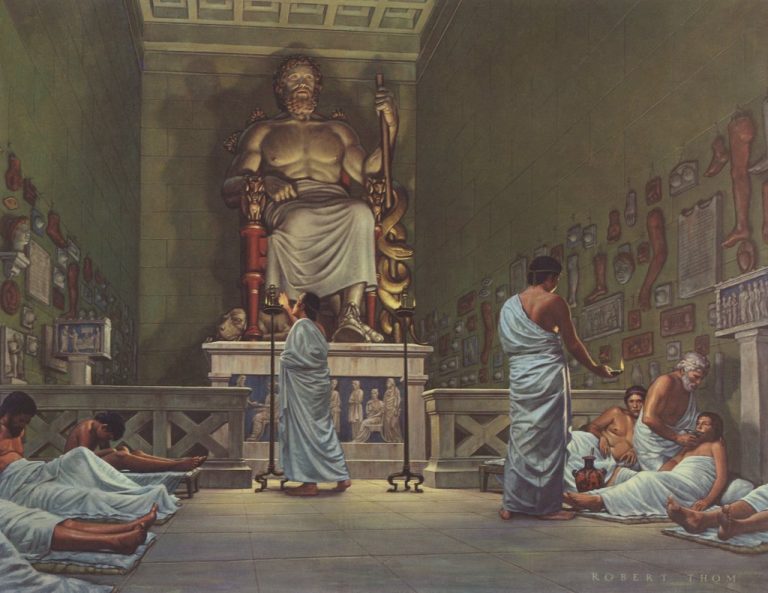 The Plague of Athens

Throughout history, civilization has overcome natural and manmade challenges and adversities. Our histories are riddled with accounts of famines, wars, pestilences, and of course, plagues.

One such instance was the Plague of Athens, and now as the Coronavirus sweeps through our cities and countries, it is perhaps timely to remember the lessons of the past and learn from their experiences.

The epidemic, known as the Plague of Athens, swept through the main city of Athens in the second year of the Peloponnesian War, in about 430 BC. It entered the city after decimating an estimated 75,000 to 100,000 inhabitants who lived in the city and near its port of Piraeus; Athens’ only port for food and supplies. Before the plague, it was believed that the Athenians would win the war. The outbreak shattered that belief.

So, what happened? Where did this epidemic come from, and what were the effects? In today’s climate of panic and hysteria surrounding the Coronavirus, it’s interesting to reflect on our predecessors’ experiences when facing an invisible enemy.

The Acropolis of Athens, as seen from Philopappou Hill. A. Savin/Wikimedia Commons

How was the disease able to cause such extreme damage? It’s a case of supply and demand gone wrong. As the war between the Delian League (Athens and supporting city-states) and the Peloponnesian League (Sparta and supporting city-states) raged on, the Delian League’s favorite tactic was to advance and then retreat behind the city walls, using the Athenian navy to harry their opponents.
Conversely, the Peloponnesian League was better suited to land attacks. After repeated skirmishes, more and more inhabitants of the Attica countryside began moving towards Athens and the city walls for protection. It didn’t take long for this shifting populace to start overcrowding the already busy streets of the city.

Whilst under the leadership of Pericles, the Athenians used this method of attack-and-defend. Though it worked for a while, their reliance on the Athenian navy to then bring in food through Piraeus was the weak point in their armor. With the increased numbers within the city, the navy could not supply enough food to meet the demand.

Alongside this, with a burgeoning population, who were now living too close to one another, hygiene was questionable, and this allowed for diseases to develop and spread at an unstoppable speed. The plague was indiscriminate, and the death-toll grew rapidly, claiming even the lives of Pericles, his wife, and their two sons.

Thucydides, who also contracted but survived the epidemic, wrote that it was so severe and deadly, that no one could remember anything like it. Physicians at the time didn’t understand what caused it, or how it was spreading so quickly, and were unable to treat the symptoms. In fact, they often died quicker than their patients due to multiple exposures to the infected.

The plague is believed to have originated in Ethiopia, where it spread to Egypt, Libya, and into the Greek territories through the Mediterranean Sea. Once the navy was exposed to this epidemic, it was only a matter of time before Athens would become infected; it is thought that an estimated 25% of the population died as a result.

With the Spartan army watching the funeral pyres burn from a safe distance, and with the plague ravaging the city, it’s no wonder that the city’s inhabitants became quite fatalistic. As a result, society’s morals disappeared, and lawlessness became the new norm.

Thucydides also documented his observations on society’s response to the outbreak. He states that people ceased to fear the law because they already felt that they had a death sentence hanging over them. They believed there was no point in acting with honor, as they wouldn’t live long enough for this to matter.

As such, people who would normally be money conscious became excessive spenders to the point of bankruptcy, whilst poorer relations suddenly inherited great wealth due to extended family dying.

In fact, this was one reason why the plague swept through the city so easily; people initially acting with compassion for those afflicted then became infected themselves. The greater their exposure, the more likely it became that they would die. As a result, caring for the sick was stopped, and the ill were left to die alone.

Once deceased, the bodies were placed on pyres for burning. At this time, it was not uncommon for a funeral pyre to be appropriated by other users, who wished to burn their dead as soon as possible. Others were dumped in mass graves, one atop the other. One such mass grave was discovered at Kerameikos, outside of Athens, with 240 bodies interred, 10 of which were children—all victims of the plague.

As the disease wore on, those who survived developed an immunity, which allowed for them to care for those who would become ill. There may have been some semblance of gratitude from patient to carer, as many of the city’s inhabitants felt abandoned by their gods.

The temples had become sites of mass grieving, filled with refugees from the war, or from the plague. These temples would soon become filled with the dead or dying, and the Athenians took this as a sign that the gods favored the Spartans. Thucydides, however, cites this behavior as the city’s residents simply being superstitious.

Whatever the cause, the effect on Athens’ society was irrevocable. With many of the poorer inhabitants inheriting wealth from their deceased family, the power balance between the rich and poor shifted dramatically.

As mentioned above, survivors who had developed an immunity were better able to care for the infected. Thucydides backs this up, stating that the most sympathetic to the plights of others were those who had contracted and survived the disease themselves. However, a large number of these survivors were eventually discovered to have been “metics” (a foreign resident of Athens who did not have citizen rights in their Greek city-state of residence)—that is, illegal citizens—who did not have rights and protections as a legal Athenian citizen.

Once discovered, many of these metics were reduced to being slaves and stricter laws were passed regarding becoming an Athenian citizen. These laws not only significantly reduced the rights and well-being of the remaining metics, but also resulted in a decreased number of available soldiers for the Athenian military, as well as a decrease in the political power of Athens herself.

The damage caused by loss of political strength and citizen morale could not be reversed. In time, Athens would be defeated by Sparta, and their place in history, as a major power in Ancient Greece, would become forfeit.

It’s easy to become swept up in the hype and hysteria that surrounds Coronavirus. But, just like the Athenians, if we only focus on that, instead of following good hygiene and keeping a respectful distance of others, we will likely face a similar fate.

What can we observe from this ancient experience? To be reasoned and compassionate towards others. Not to put ourselves at risk, but also not to deny others assistance if it is safe to offer it. Care for those around us, and when we find ourselves to be survivors, not to turn on each other out of greed or fear.

We can learn much from our ancient forebears, and the best lesson is to be moderate and mild, to temper our intake—both of food and information; to act with reason and to refrain from ill tempers and dishonorable acts. That way, we leave a fine example for history to share with future generations.