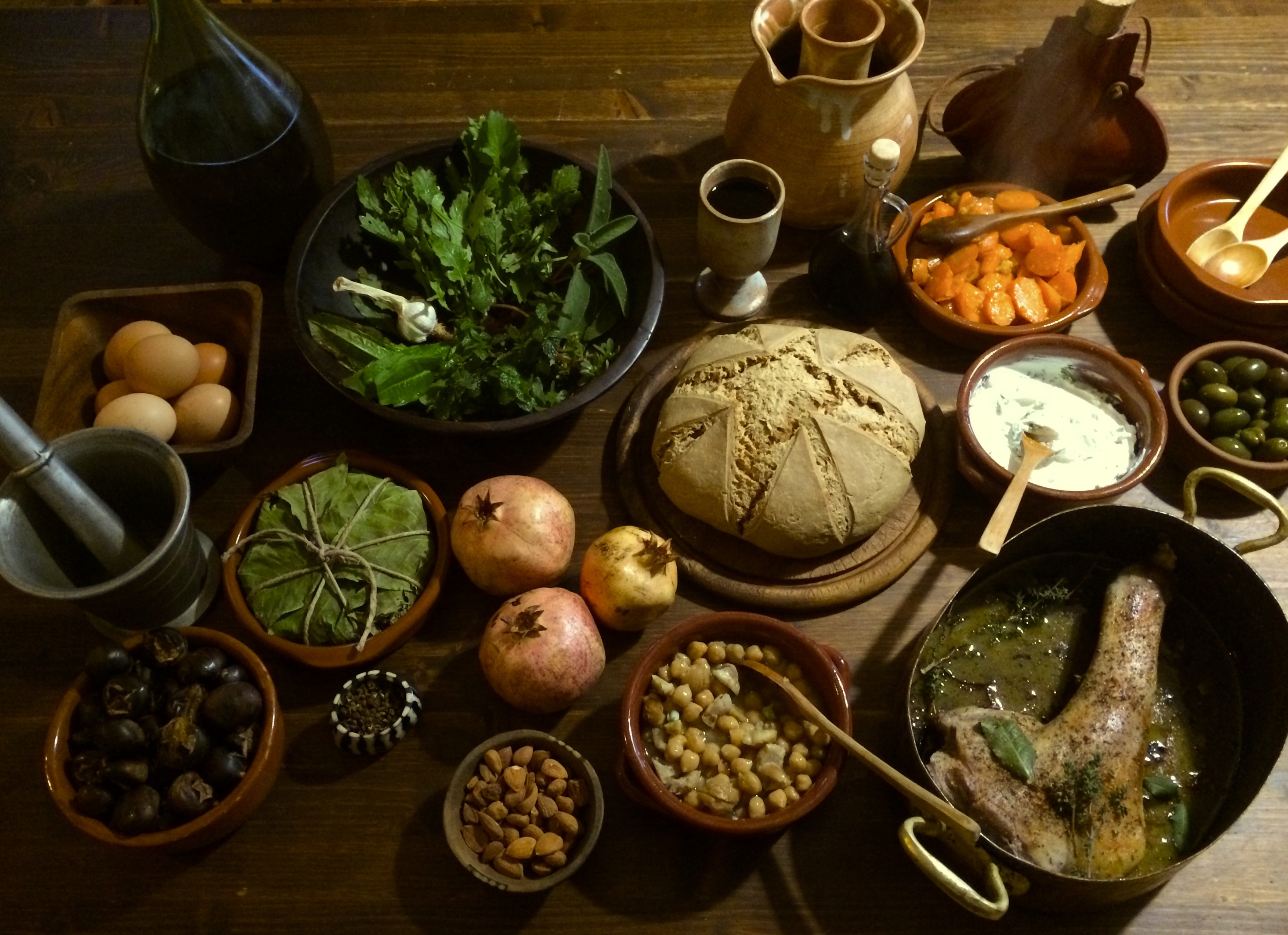 How the Ancient Romans Used to Eat: Everything You Need to Know

Everyone likes to eat out at a nice restaurant. Indeed, modern fancymeals are considered a classic way to enjoy a special night. Have you ever wondered what the people of ancient civilizations used to eat? What was considered lavish and luxury dining in ancient Rome?

Well then, let’s walk you through the magnificent dining halls of ancient Rome and see how they used to celebrate food and eating. 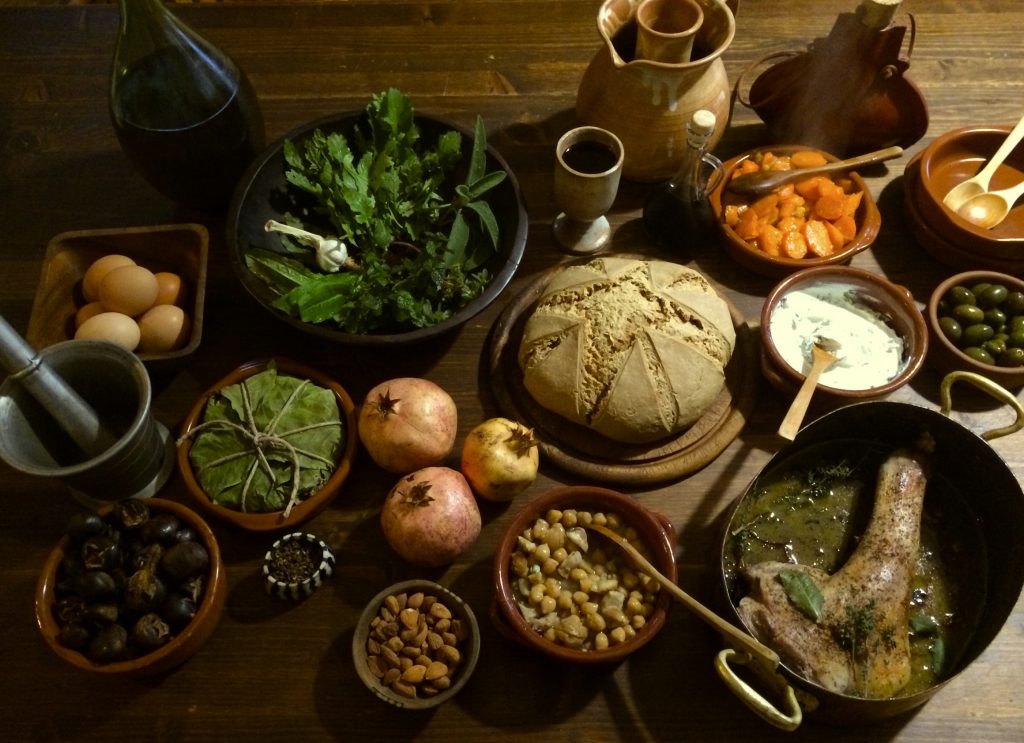 A dinner spread based on meals in ancient Rome

An ordinary Roman used to have ientaculum breakfast, which means they’d have breakfast as soon as they got up. A small lunch called prandium was served around 11 am. The main meal of the day was called cena. Some people may have eaten a late supper called vesperia.

Higher-class Romans (those above the working class) sometimes used to enjoy a larger cena in the late afternoon, ditching the final supper.

The cena brought together the whole family. It was served on low-rise tables with couches on three sides. The fourth side was usually left open so that the servant could serve the meal from that side.

Dinner tables in ancient Rome were used to reflect their status and were often richly decorated to indicate the family’s wealth. 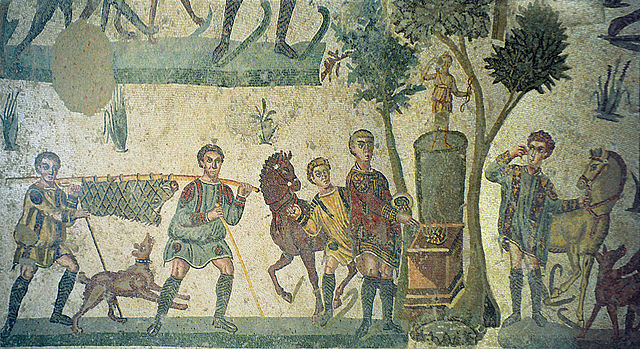 But food in ancient Rome was not only about one’s wealth – it was also about one’s health (and one’s philosophy). The Mediterranean diet is still considered one of the healthiest diets in the modern age. To give you a rough idea, let’s just say that much of the Roman diet (at least the diet of the privileged Romans) was similar to the modern Italian diet.

Who doesn’t love fish sauce? While commonly associated with Asian cuisine, the Romans also used it frequently in their meals. There are theories that they discovered how to make it by accident. Traditional Roman fish sauce was made from fish guts and small fish. The fish and guts are first salted and then left in the sun to be fermented. The resulting fermentation was filtered, and voila, the fish sauce ready to be drizzled.

In terms of food, there was very clear discrimination among the working class and the ruling elite, but one exception to this was fish sauce.  It was something the rich and poor alike could have in their meals. The reason for this was simple – the ingredients were widely available and cheap. 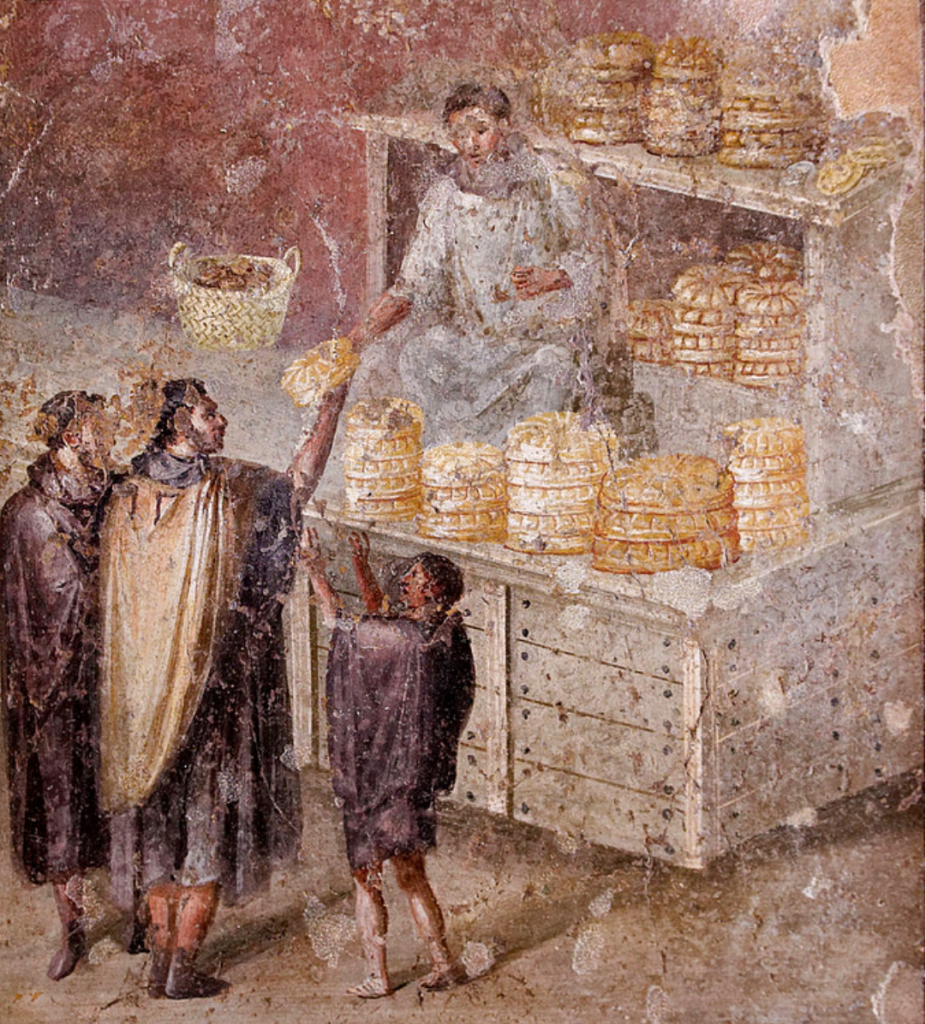 Grains and Cereals in Ancient Rome

Throughout human history, grains and cereals form a crucial part of the human diet, and the ancient Romans were no exception.  Cereals in ancient Rome represented the bulk of the diet of most Romans. Wheat and barley were widely consumed and used to make bread and porridge.

It is interesting to note that the bread in ancient Rome was coarse and quite dark in color. However, higher-quality loaves (lighter in color and finer in texture) were served in the meals of the Roman elites.

What Kind of Fruits and Vegetables Did They Eat?

If you think that bread and meat were all that the ancient Romans used to eat, then you are wrong. In fact, fruits and vegetables were a major part of their diet. The most commonly available fruits were apples, figs, and of course, grapes. All these fruits were used fresh and sun-dried. Apart from these fruits, pears, plums, cherries, and peaches were also available. Most of these fruits were sun-dried to increase their shelf life. 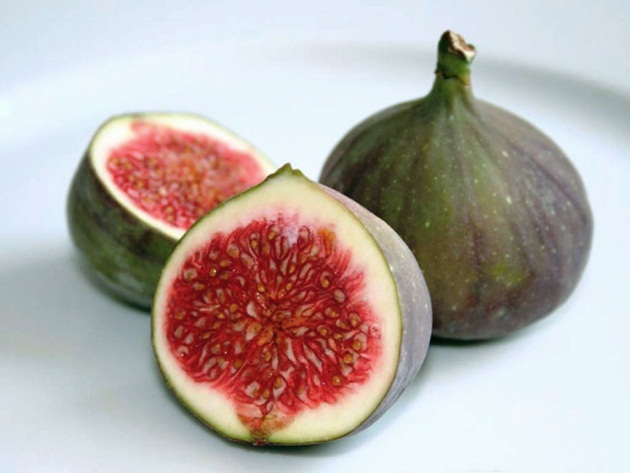 Where Did They Get Their Food?

As we all know, the city of Rome expanded a lot over time and with it, the demand for food. This increased demand gave rise to private enterprises that met the needs of the citizens by bringing food from outside the city, mainly from the Italian mainland. Sicily and Sardinia were also among the Islands that used to provide food for the city of Rome.

When the church took over in Rome, the food was supplied through the church and regularized by the church.

Well, there you have it. Now you know and what Romans used to eat. So if you want to arrange a Roman-themed dinner, go for it!