Why Study Latin? The Reason for Dead Languages

By Visnja Bojovic, Contributing Writer, Classical Wisdom
“Why study dead languages?” “Who needs that?” “Why don’t you learn something that you can actually communicate in?”
These are the questions that every person who has studied ancient languages has been asked at least once…or a hundred times.
As someone that has practiced and taught Latin for years, I am no exception. Maybe before high school, I may have had the same doubtful inquires. But then, when I was fifteen years old, I was introduced to this amazing language. 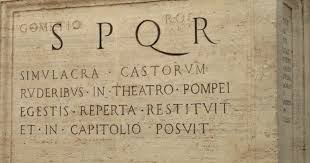 (It is worth mentioning that I was already quite nerdy and rarely had a hard time studying. With Latin I felt truly challenged for the first time, and however cliché it sounds, it made me feel alive.)
Clearly you can tell I’ve been hooked ever since… and subsequently, with time, I’ve learned that there are no universal answers to any of those constant probing questions. I just know that Latin has a lot to offer to everyone, as long as they are open enough to acknowledge it, and persistent enough to study it.
Modern education is pretty straightforward, which is the reason why we have to answer pragmatic questions like those in the first place. As students, we are taught to sit down, learn the rules by heart, apply or show them at a test, and then we are good to go. That is, until the next test, where we will demonstrate some other segment of the subject, often completely unrelated to the previously learned one. 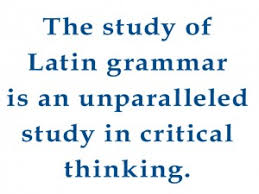 If you ask an average student why they are studying, you are very likely to get “To prepare for an exam” as an answer. What happens after the test with the knowledge you gained for it, does not matter.
It is for this reason that many students struggle with Latin. With Latin, if you want to master the language (or even just pass the test), you have to recycle all the knowledge you have acquired… over and over again.

It is this process which has such value, as it teaches you discipline and persistence.
The thing with Latin is that you constantly learn, and you constantly expand your ways of understanding and interpreting things. When you try to translate Latin without thinking deeply and thoroughly, chances are that the results of your translation will be unsatisfying. 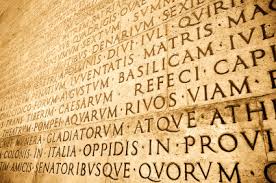 Reciting declensions and perfecting the knowledge of verb tenses is not going to help you when you first encounter Cicero’s eleven-line sentence with two verbs. For that, you will have to rely on your own abilities to compare the previously known with the freshly learned, and to draw conclusions on your own. Engaging in Latin texts challenges you to think in this manner, and before you know it, you will have the same approach in other areas in your life.
It is the perfect way of learning how to think outside the box, with your knowledge as a tool, rather than the goal per se.
I, for one, don’t think many things compare with the feeling of excitement when you manage to make your way out of Cicero’s tangled sentences, or Virgil’s verses full of descriptions, richer for at least one expression and a message from a mind that lived millennia ago. 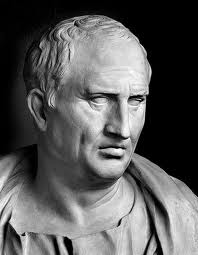 After all, these authors wrote thousands of years ago, and yet, here you are, holding their writings in your hands. You can read them in their native language, guided by their conclusions and observations, sometimes without even realizing it. Even the language itself is still used on a quotidian basis, and indeed, you do not need to look up “quotidian” if you know Latin! This ‘dead’ language continues to live, which shows the enormous influence of Latin – not only on European languages, but culture in general.
By studying Latin, we learn about many other things simultaneously, without even knowing it. Just seeing the looks on the faces of doctors when you immediately understand the report written in Latin is priceless. Not to mention other instances of not having to secretly grab a dictionary while teaching English or to look up a complicated word while reading a text in French.
Plus, quickly winning an argument about religion, literature or philosophy, simply by pulling etymologies up your sleeve is always a pleasure. With the knowledge of Latin, you can try to logically reach the meaning, and in most of the cases, it will be correct!
Being able to read first hand about ancient people’s way of living, their belief system, as well as the sometimes incomprehensible and even absurd things done by them and their rulers is definitely worth it. (Caligula’s naming horse a consul, or the origin of Greek drama as a procession with the enormous phallus on the head of it, are just some examples that spring to mind!) 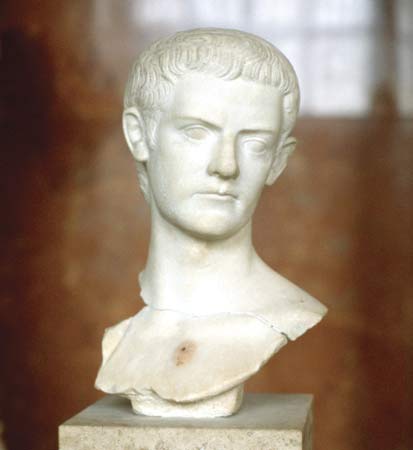 Therefore, besides providing us with knowledge, and certainly good laughs, it teaches us to accept something completely different to what we know and opens the door to varied and valuable perspectives.
The goals and ways of learning Latin will depend. You may be studying in order to read the ancient classics, to generally enrich your knowledge and understanding of complex subjects, to learn other languages more quickly and deeply, or even just for fun (and I promise you, there will be an abundance of that!) No matter the motive, you will certainly come out with your goals achieved, and with nothing but positive side effects.
Facebook