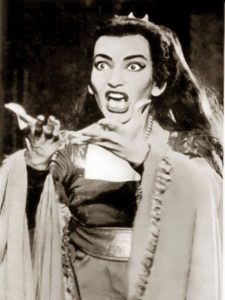 Brief Note on the Mythological Background to Euripides’ Medea

[The notes have been prepared by Ian Johnston of Malaspina University-College, Nanaimo, BC, Canada (now Vancouver Island University).  This text is in the public realm and may be used by anyone, in whole or in part, without permission and without charge, provided the source is acknowledged.  Last revised June 2002]

These paragraphs are intended to provide a minimum amount of information to assist those who are reading Euripides’ Medea.  They are not meant to offer a detailed account of the various stories associated with Jason and Medea.
Jason was born the son of Aeson, in Iolcus.  When his father lost the kingship, Jason was secretly given the famous centaur Chiron, who raised him.  As a young man Jason returned to Iolcus.  The king, Pelias (the man who had deprived Aeson of the kingship) was afraid that Jason would usurp him, so he persuaded Jason to set off on an expedition  to capture the Golden Fleece, the pure gold skin of a ram which was in a sacred grove in Colchis (a barbarian region to the east of the Euxine Sea, the Greek name for the Black Sea), where it was guarded by a dragon.
Jason put together a band of adventurers called the Argonauts, among whom were some major figures of Greek mythology (e.g., Hercules, Orpheus).  They took their name from the ship they sailed in, the Argo.   The heroes  had a number of adventures on the way to Colchis, including passing through the legendary Clashing Rocks (the Symplegades).  Upon arrival in Colchis, King Aeetes set them a number of tasks, including yoking two fire-breathing bulls, ploughing a field with them, sowing the field with teeth from the dragon of Cadmus, and then fighting against the warriors who arose from the sown teeth.
To complete these tasks Jason enlisted the help of Medea, daughter of King Aeetes.  She fell in love with Jason and helped him with her magic to complete the tasks set by Aeetes and to steal the Golden Fleece.  She then escaped with Jason, killing her brother in order to scatter his body on the sea so that Aeetes would have to hold up his pursuit of Jason and Medea.  In order to understand Euripides’ play, it is essential to recognize that Medea, in addition to being a female with magical powers, is also a barbarian (i.e., non-Greek).
Jason and Medea returned to Iolcus, where Medea’s magic restored Jason’s father, Aeson, to youthful health.  Medea also persuaded the daughters of King Pelias to kill their father by giving them ineffective medications and persuading them to try a course of treatment which was fatal.
When Jason and Medea moved to Corinth, Jason abandoned her in order to marry Glauce, daughter of the king, Creon.  Medea’s revenge is the subject of Euripides’ play.  In order to protect herself, Medea arranged a secure haven for herself with Aegeus, king of Athens.  Medea then killed Glauce and Creon and her own two children (who are not named in the play).
Subsequently, Medea moved to Athens and married Aegeus, the king.  But she became jealous of Aegeus’ son Theseus.  She then returned to Colchis.  Jason’s life ended when he was hit by part of the stern of the Argo as he lay asleep under it.
The adventures of the Argonauts formed a fecund source for Greek story-tellers, poets, dramatists, and painters.  Jason’s various love affairs have also made their way into many fictions.  And Medea has always been a popular figure in fiction and drama.
Sourced from: https://records.viu.ca/~johnstoi/euripides/medea_note.htm
Facebook