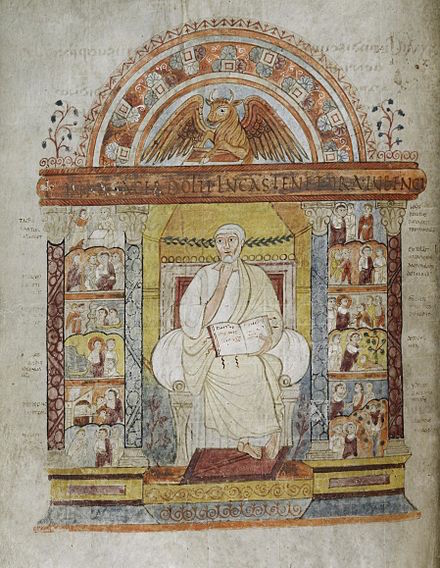 The Passion of Christ-ian Poetry

By Ben Potter, Contributing Writer, Classical Wisdom
It is difficult to know definitively when the ‘Ancient World’ came to an end. In all likelihood, the demise of Rome and the beginning of the Dark Ages was far more a transition than any single event. But even if we’re on flimsy ground regarding the moment of metamorphosis, we can certainly say that the soundtrack to the transition was provided by one of the most neglected groups of ancient artists; Latin, Christian poets.
They were revered in the middle-ages, but since then the Christian poets who wrote from 4th – 6th centuries have been maligned as shallow imitations of their pagan predecessors, concerned more with proselytism than prosody.
And perhaps there is an undeniable truth in this statement. Latin, Christian poetry is passionate, often bordering on the fanatical, but there are, as Carolinne White states in her wonderfully approachable work on the topic, Early Christian Latin Poets, “further delights and complexities of this unjustly neglected corpus”.
However, before we sup the flesh and blood of the works of the holy scribblers, one glaring and vital question must be asked: ‘What about the Latin, Christian poetry before the 4th century’?
Quite simply, there are no extant Latin, Christian poems from the first three centuries.
The knee-jerk reasoning is to cite the Roman persecutions of the Christians, but this doesn’t quite cut it. Severity of persecution oscillated enough to allow some work to blossom, and the holy texts themselves obviously pre-dated the poetry they inspired.

The Torches of Nero, by Henryk Siemiradzki. According to Tacitus, Nero used Christians as human torches

So has this work been lost? Well… possibly, but the crux of the issue lies in the fact that the early church was more influenced by Greek and Hebrew. Not surprisingly then, most early hymns were composed in either Greek or Syriac (a western dialect of Aramaic).
The early Christians considered Latin too pagan or, if you prefer, not Christian enough – a delicious irony as fanatics like Mel Gibson and his ilk consider the dropping of the Latin mass to be the zenith of impiety.
So the dearth of early, Christian, Latin poetry is no mystery.
The 4th-6th centuries, then, was a time of biblical re-education. Many religious texts were translated into Latin, and biblical and apostolic study became as much a part of the assumed curriculum for literate men as Virgil or Homer had been for their forefathers.

Paradoxically, detractors have accused the early Christian poets of being both too similar to, and not distinct enough from, their pagan forebears.
Here it appears we have some muddled thinking. Nobody could make a convincing argument that the style and meter of the Christians were not either heavily influenced by, or directly copied from the likes of Ovid, Horace, Virgil and Propertius. What makes them distinct, therefore, is the tone and content of their work:

“The abundance of sins tends to throw Christians into confusion. As a result of this our Lord wanted to give us a warning, comparing the kingdom of heaven to a net cast into the sea which catches up many fishes of every kind from different places. When they have been pulled to the shore, the fishermen separate them, placing the good ones in barrels, the bad they put back in the sea”. – Augustine

This is even more true for non-Latinists as poetical rhythm is often, inevitably, lost in translation. So we are left with content – and in this respect there was a tectonic, or perhaps divine, shift from the time of the pagan writers.
Overnight poetry became more serious, cerebral and spiritual. What was once a distracting folly for the educated elite became an exercise of the utmost reverence and piety.
Though despite these lofty intentions, the actual language used is often derived from Vulgar Latin – the language of the gutter, the downtrodden and the oppressed.

A possible explanation for this is the vulgarity of the original scriptures themselves which, if Paulinus of Nola is to be believed, could not be further from the rarefied eloquence of the King James’ Bible:

“Let not the simplicity of scripture nor the poverty of its vocabulary offend you, for these are due either to the faults of translators or else to a deliberate purpose, for in its way it is better fitted for the instruction of the unlettered congregation as the educated person can take one meaning and the uneducated another from one and the same sentence.”

Though whatever the lexical shortcomings, this was made up for in spades by the fervent belief that these were not pagan word-games, but Christian truths. The problem with writing about the truth, however, was that there was often some meddlesome schismatic throwing spanners into the works.
Thus, a good deal of the time and energy spent by the early Christian poets went not into proselytizing, exalting, or composing perfect verse, but into denouncing other heretical sects. This seemed especially true of Augustine, who was determined to ensure a singularity of exegesis in a time when there were many dogmatic pretenders, all jostling for supremacy.
Several poets made pains to condemn the apostate tendencies of the Pelagians, Arians, Donatists, Priscillians and Manichees. Between them, they believed wild and dangerous things such as: We don’t inherit sin from Adam and Eve, God is superior to Jesus, Jesus is not eternal (though was created before time began) and other such insidious heresy.

The Saint Augustine Taken to School by Saint Monica. by Niccolò di Pietro 1413–15

This gives us another clear and unambiguous way in which the Christian and pagan poets differed; the polytheists were far more laissez-faire and ad hoc when it came to the malleable details of their gods’ lives, attributes and even morality.
So it is not just because the subject matter is more familiar to us that the words of the Christian poets resonate with such vigor. It seems the pride and passion they put into their work was done so without affect:
“From the wound of Christ flowed the sacraments of the Church” – Augustine
The fire and brimstone were as burning and acrid on the page as off it. And so, even if one can make a solid case to state that the likes of Ovid and Horace were finer practitioners of their art, whatever Christian poetry lacked in style or objective beauty, it more than made up for in pride, passion, piety and, of course being Christian, a heavy dose of pathos:

“The holy one went out after being handed over for punishment…his magnificent head was encircled with a crown woven of thorns, because in his mercy he took upon himself all the thorns of our misfortunes…he was hung high on the spreading cross, transforming the anger of the crisis by means of loving devotion…suddenly a horrendous darkness fell, taking possession of the whole sky, covering the shadowy daylight with gloomy mourning; the sun buried…just as for three hours the darkened stars hid…so for three days the Lord endured imprisonment in the cave that was his tomb” – Sedulius