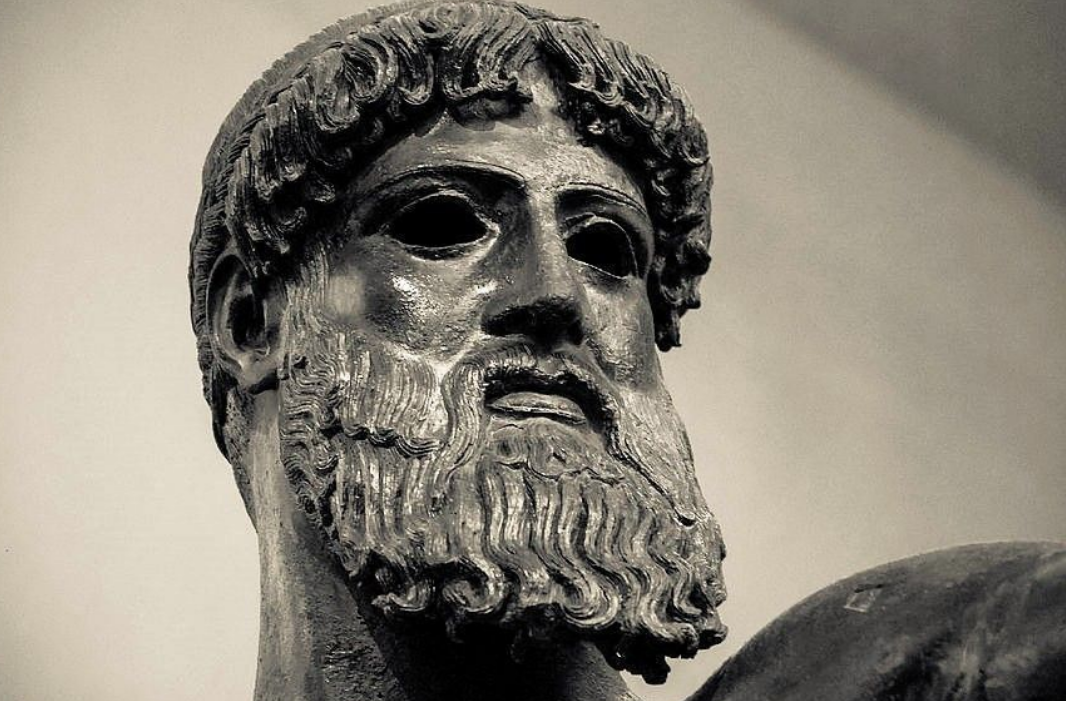 The Ancient Greeks produced many artistic masterpieces, especially in sculpture. Many have survived down to the modern age. Most of the world’s leading museums have some examples of Hellenic sculpture. The iconic Artemision Bronze is one of the most famous surviving pieces of Greco-Roman art—and it has a fascinating story.

The Discovery of the Artemision Bronze 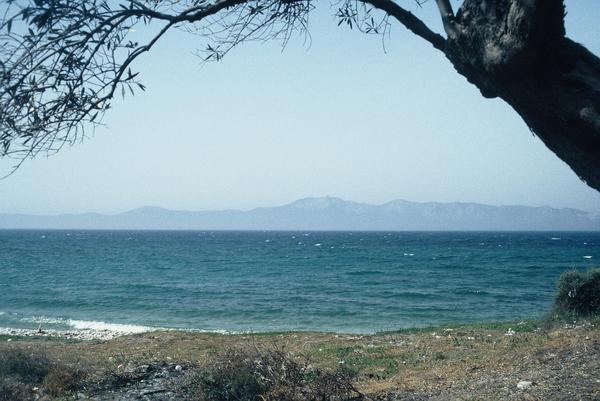 Cape Artemisium, where the Artemision Bronze was discovered

The bronze was found in the waters of the Cape of Artemision on the island of Euboea, which is in the Aegean and just off the coast of mainland Greece. It was uncovered in a shipwreck and recovered from the sea in 1928. Also found in the general area was another famous bronze called the Jockey of Artemision. However, exploration was halted for many years after a diver died at the site.

It has been established that the figure came from a shipwreck that dates to the 2nd century BC. Scholars have speculated that the artwork was being transported back to Rome. Historic sources say that after the Romans conquered Greece, they sent many masterpieces to Italy. Many academics have attributed the piece to the 5th century BC.

The sculpture is in a style known as the Severe Style, which came out of the breakdown of the Archaic tradition and the emergence of the Classical style. Many believe that it was made by the great sculptor Kalamis (Calamis), thought to be an Athenian who worked principally in Asia Minor. Another possibility is that one of the students of Kalamis made the Bronze. Some scholars have argued that the piece was created by Miron, another famed sculptor, but no one knows for sure. It is not known who commissioned the piece or where was it displayed.

Description of the Artemision Bronze

The bronze work is about 6 feet and 6 inches (2.09 m) high, and the figure is depicted in motion. He appears to be throwing a projectile, his arms outspread to a span of about 6 feet (2 m). It is believed that the piece represents an Olympian god. This is because it is highly realistic but is also idealized, with perfect proportions and a highly muscular frame.

The figure stands with his weight on his right foot and the other is slightly lifted off the ground. The head of the piece is very detailed, and the hair and the beard are very intricate. The eyebrows are missing; it is believed they were made either of gold or silver. His mouth was possibly once covered in copper. The eyes of the sculpture are now empty, and they may have once been filled with precious stones or even jewels.

Close up of the Artemision Bronze. Photo credit: David Waldo

The identity of the bronze deity has been a source of debate ever since it was discovered. The pose of the figure suggests that it is throwing a projectile, which was never found. Some believe that the projectile was a thunderbolt. This would indicate that the figure was intended to represent Zeus, the King of the Olympians. In Greek mythology, he is often shown hurling thunderbolts.

Another view is that the figure is throwing a trident and this would indicate that the bronze actually depicts the god of the sea, Poseidon. However, there are several similarities between the representation and iconography of Zeus on pottery and coins. As a result, most experts believe that the Artemision Bronze is a depiction of Zeus. 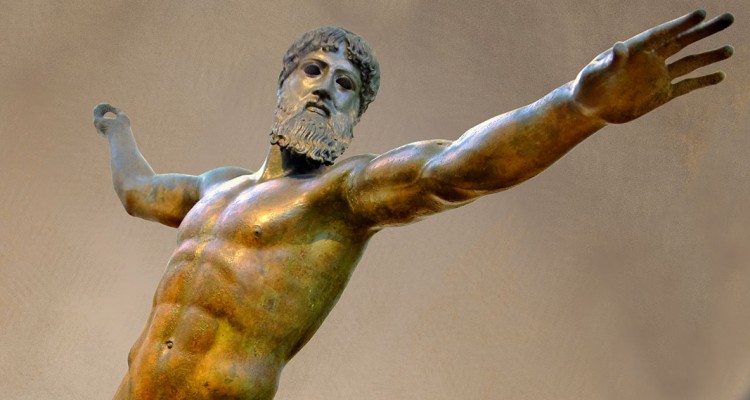 The discovery of the Artemision Bronze in the waters of Euboea was remarkable. It encouraged the exploration of other shipwrecks in the Mediterranean and indirectly contributed to the development of marine archaeology. The masterpiece also allowed scholars to better understand the evolution of Greek art. If you want to see the Bronze in person, it is on permanent display in the National Archaeological Museum in Athens, Greece, where it is one of the most popular exhibits.