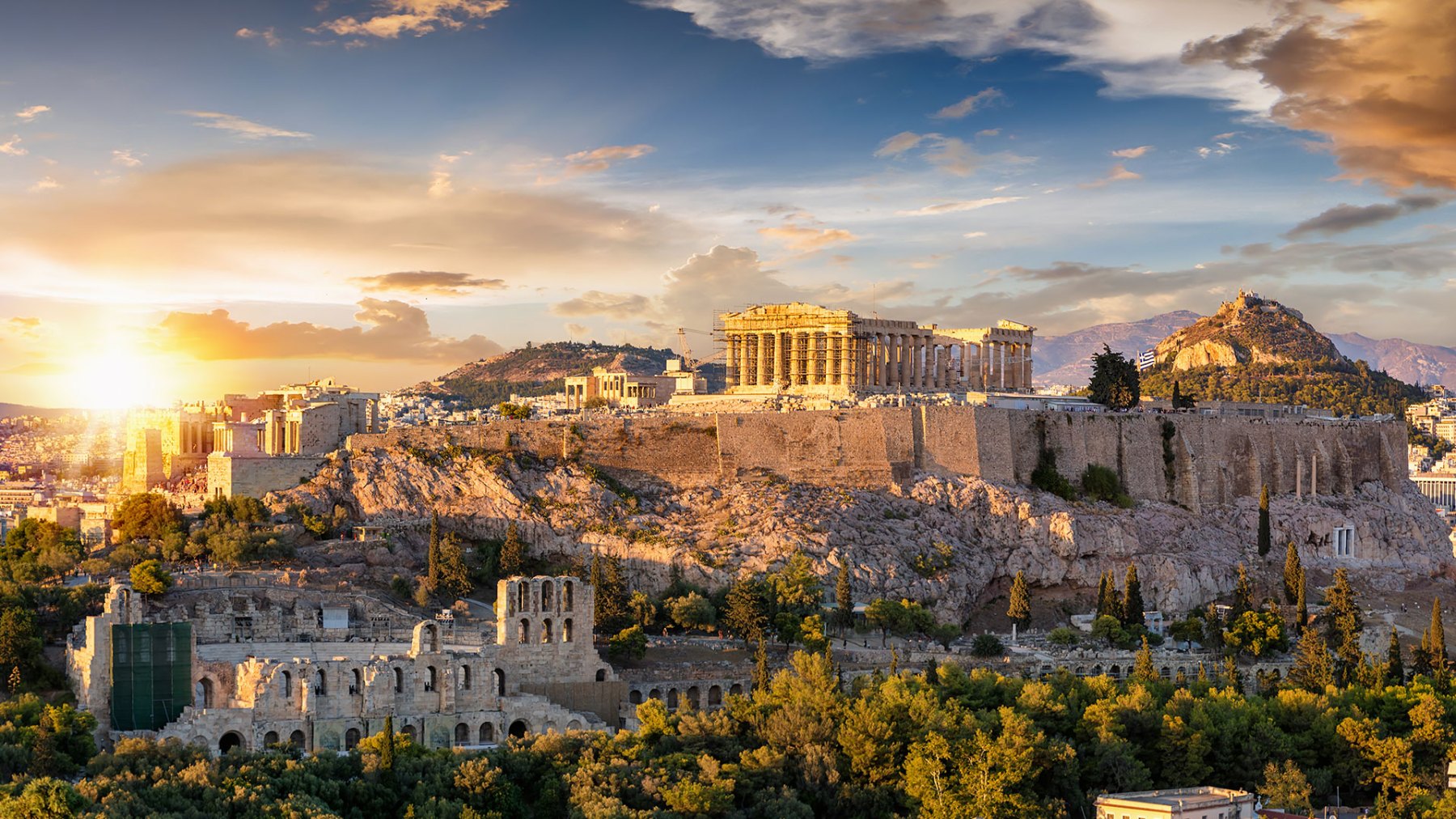 Written by George Theodoridis, Contributing Writer, Classical Wisdom
Once a year Athens went to the theater to heal herself.
Once the two Persian attacks were done, once the last barbarian soldier left Plataea and Mycale, once the last Persian ship was driven out of the waters of Salamis, a burgeoning epidemic of arrogance overtook Athens.
The Athenians had established the Delian League, an alliance which incorporated some 300-odd cities, all paying tributes of either money or men or ships as a means of boosting Greece’s military and build an adequate protection against a possible further revenge attack from Persia.
That League became, in fifth century terms, quite considerable in size. With Athens its unquestionable ruler, the once-small Attican city became the engine of a powerful empire—initially benign, but soon an oppressive, colonial power much like the one they had just repelled.
Initially too, the treasury was placed on the uninhabited island of Delos, Apollo’s sanctuary island, but it took little time before it was moved to the temple of the goddess Athena, the Parthenon, in Athens’ Acropolis.
In Aristophanes’ Lysistrata, there is a wonderfully hilarious exchange between the Athenian woman Lysistrata and a prominent politician, The Magistrate. Their dialogue shows just how wise Lysistrata was to guard the treasury.
The Magistrate, at this point furious with Lysistrata, asks her to explain how she and the women would stop the war. Lysistrata responds cooly:

Lysistrata:
You simply wash the city just like you wash wool.
First, you put the wool into the tub and get rid of all the daggy bits, all the crap around its bum. Then you put it on a bed, take a rod and scrutch and bonk all the burrs and spikes out of it. All those burrs and spikes that have gathered themselves into tight knots and balls and are tearing and tangling the wool of State, well, you just tease them all out of there.  Rip their heads off! Then, off for the combing. You put all the wool together into one basket.  All of it!  Friends, foreign or local, allies -anyone who’s good for the State.  Drop them all in there.  As well as our citizens from the colonies.  Consider them, too, as part of the same ball of wool, only separated from each other.  So, what with all those colonies joining the ball, you’ll be able to weave a cloak big enough for the whole city.    (Lysistrata, 575ff, author’s translation)

By the play’s end, a treaty has been signed and Athenians and Spartans are getting drunk and are dancing together in the bliss of Peace.
Off the stage, Athens began to raid the treasury not long after it had been relocated there, spending money on glittering herself and on other self-serving interests. The allied parties of the Delian League, who were dutifully paying their taxes, saw this blatant plunder of their wealth and it made them angry and unruly.
In response, Athens became increasingly more brutal, arrogant and corrupt, increasingly more afflicted by its burgeoning hubris. Plato had already warned the Greeks about the dangers of hubris. Thus, Athens became quite sick, and she had to be urgently cleansed of that sickness—purged of those symptoms that brought her to that state. This is where theater comes in.
The first play we have in which this epidemic is identified is in Aeschylus’ The Persians, a tragedy which he wrote in 471 BCE. In this play, the author shows the horrendous consequences of this disease. He staged it as a warning to the Greeks, who had by then showed the same temperament and proclivity for war-mongering and conquest as the Persians did when they had launched their invasion to Greece.
Athens became strong militarily but feeble and infirm mentally, morally and spiritually. Her moral compass, as Thucydides remarked later in his History of The Peloponnesian War, was abandoned and replaced by the rules of savagery.
Sparta began to see the new belligerent Athens as a military threat, sweeping away her own allies and, in 431 BCE mounted a challenge: a proxy war on the island of Corcyra. This war broadened to encompass almost every Greek city and became known as the Peloponnesian War. It lasted, on and off, almost thirty years, ending in 404 BCE with the destruction of Athens and the establishment of a new anti-democratic government, ruled by the Thirty Tyrants, puppets of Sparta.
In the interim, on the Dionysian stage, Athens’ illness was examined as meticulously as a surgeon examines bodies in the operating theatre, exposing the affected parts in painfully glaring lights. This work of diagnosis was done by the tragedians of whom we, alas, have only some of the works of Aeschylus, Sophocles and Euripides.
This “diagnostic theatre” was built at the feet of the Acropolis and the Parthenon, a place that had come to symbolize Athens’ wrongs. Some 15,000 Greeks observed the work of her doctors. The question about whether women were also observing is all but concluded and the answer is in the affirmative.
This clinic operated during Spring, as part of the festival of the Great Dionysia in honor of Dionysus Eleutherius, the god of, among many other things, fertility and freedom. His epithet means just that, “freedom.”
The stage exhibited the sickly Athens as well as the cured Athens. Spectators would see the Athens of the Erinyes, the avenging furies, as well as the Athens of the Eumenides, the benevolent protectors of the city. They would see the Athens of the brutal men as well as that of the strong women who stood up to them: Iphigeneia, Antigone, Medea, Klytaemestra, Helen, Hecabe, Lysistrata, Praxagora.
So, when Pericles enacted a law declaring that henceforth only children whose parents are both citizens of Athens may be granted Athenian citizenship, Euripides showed how poisonous that law was for the people and for the country. He did so by making a slight change to an old myth. In his eponymous tragedy, he has Medea, effectively a refugee, kill her children instead of leaving them behind when she left for Athens, as the original myth had it. Her husband Jason is no more than an extra, a secondary character. Medea’s words—the words Euripides had put into her mouth—showed which of the two sexes was the stronger, which the more courageous, the more worthy of kleos (eternal fame) and which was the weaker, the coward.
To the Corinthian women Medea says,

“Then people also say that while we live quietly and without any danger at home, the men go off to war.  Wrong!  One birth alone is worse than three times in the battlefield behind a shield.” l.  249ff