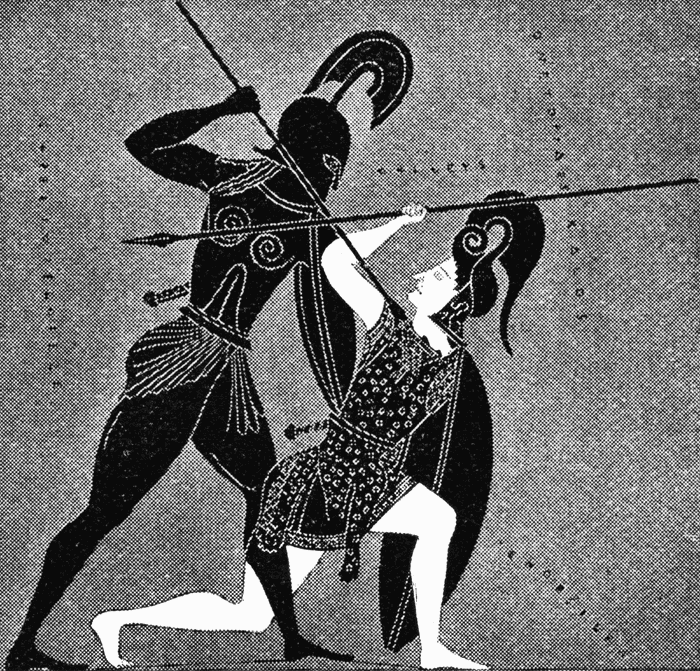 A Tradition of Thumos

1. What Is Thumos?
The first thing we should point out is that there is not an exact translation for thumos. The general understanding of the word is that it refers to “spirit” or “spiritedness”. However the implications of this term are far more important and far more complicated than what is suggested by such a simplified definition.
Thumos, in the context of ancient Greece, refers to a sense of righteous anger, a need and desire to fight against the perceived injustice of the world. Thumos can refer to the rage, grief, horror or sorrow of any individual who is faced with insurmountable atrocities. 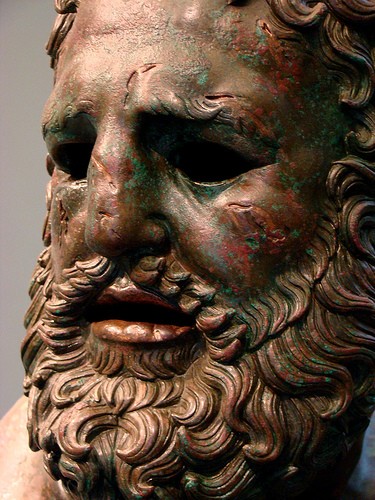 Thumos is our will to fight, our need to rebel against that which is intolerable. It is what makes us stand up and declare ‘I will not be silenced!’. It is what makes us dive headlong against the devastation of this world; what compels us to courageously fight the good fight. And if we are to fail, thumos is the thing within the human spirit that requires us to go down swinging, cursing our oppressors all the while.
Thumos is often generalized as being “manliness” or the essence of “being a man”. And while you could argue that manliness (whatever that is) is a healthy exercise of one’s thumos, it is an unfair simplification to say that thumos refers only to men or the personification of manhood. Indeed, thumos is a part of everybody’s soul and has no sex or gender preference.
—————————————-
2. Thumos In Ancient Heroes
The first use of thumos can be seen within the pages of Homer’s “The Iliad”. In particular we can examine the main protagonist, Achilles. A consistent theme within the pages of the Homeric text is the rage of Achilles and his constant struggle for glory, retribution, and vengeance. This become very apparent within the first lines of The Iliad…

“Sing, goddess, the rage of Peleus’ son Achilles and its devastation, which put pains thousandfold upon the Achaians, hurled in their multitudes to the house of Hades strong souls of heroes, but gave their bodies to be the delicate feasting of dogs…” -Homer (The Iliad) 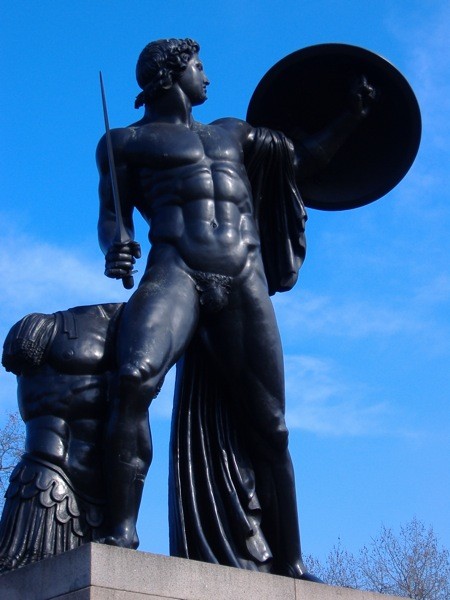 Within the legends of ancient Greece, thumos would be the part of the soul that would allow a hero to march bravely into battle or draw a sword against a larger enemy. It is from his thumos that Achilles manifests his pain, rage and violent retaliation over the course of the story. His thumos, however, becomes selfish and uncontrollable. This self interested form of rage is what continuously drives the plot of Homer’s epic, forcing events into motion and dragging other characters into the fray.
When Achilles is confronted with the death of Patrocles, his dearest companion, his thumos commands him to express his pain, rebel against this injustice that he must bear. He lets out a cry of grief and loss, effectively communicating his pain to the others.  Homer describes this expression of Achilles’ thumos when he writes…

“Both hands clawing the ground for soot and filth, he poured it over his head, fouled his handsome face and black ashes settled onto his fresh clean war-shirt. Overpowered in all his power, he sprawled in the dust. Achilles lay there, fallen… tearing his hair, defiling it with his own hands… Achilles suddenly loosed a terrible, wrenching cry.” -Homer (The Iliad)

Achilles rage becomes uncontrollable. He slaughters soldiers by the hundreds, seeking desperately for some form of retribution. He confronts Hector (prince of Troy and the killer of Patrocles)and unleashes his fury upon the young warrior. Achilles defiles the body of Hector by unceremoniously dragging the corpse behind his chariot as he circles the walls of Troy.
The pain and furry of Achilles is echoed by other heroes of Greek tragedy. When confronted with the knowledge that he has murdered his father and married his mother, Oedipus (from Sophocles’ Oedipus The King) becomes so overwhelmed with pain and self loathing that he blinds himself with the pins of his mothers’ dress. 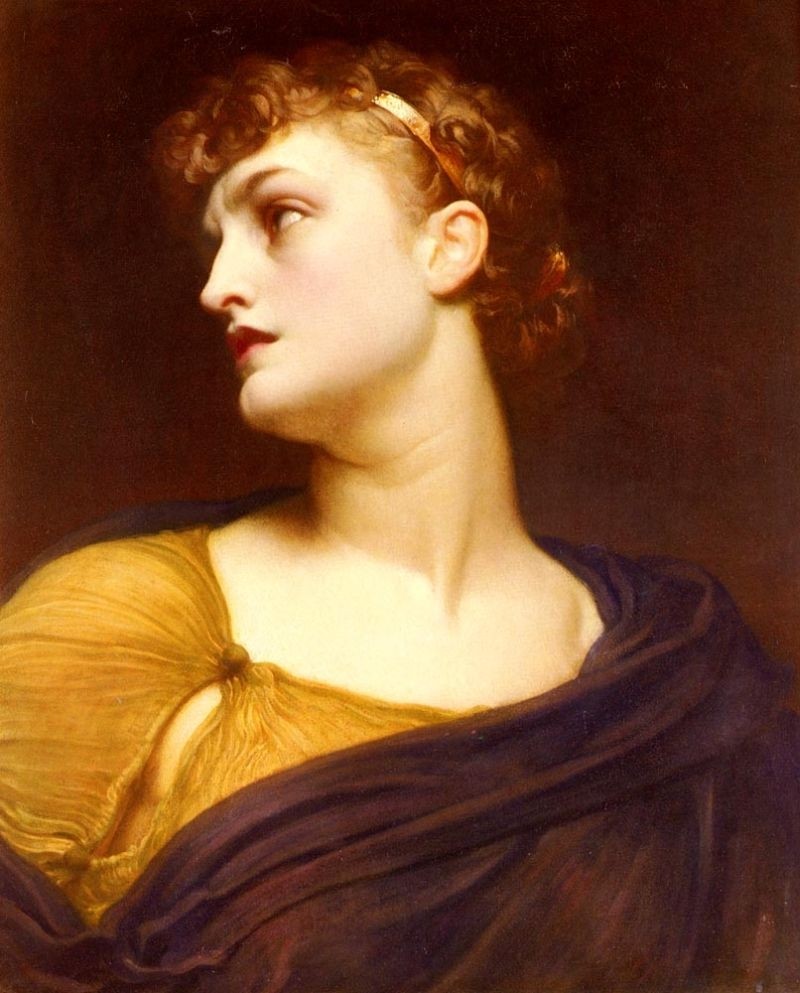 In Antigone, Sophocles demonstrates the subversive effects when one’s thumos comes into conflict with the law. Angered by King Creon’s refusal to offer her brother a proper burial, Antigone buries her brother in defiance of what she views as intolerable injustice.
And within the pages of Sophocles’ Ajax, the legendary warrior suffers under the burden of several public humiliations. Enraged by this perceived injustice and loss of dignity, Ajax lodges the hilt of his sword into the ground, then throws himself upon the blade.
This dramatic, often self destructive, expression of thumos is common within the legends of Ancient Greece. And while it would appear that an expression of one’s thumos can only lead to destruction, there was another ancient thinker who believed that moderate use of thumos could lead an individual to virtue, wisdom, and truth.
—————————————-
3. Thumos According To Plato
Plato believed thumos to be an elemental part of the human soul. Along with reason and emotion, thumos exists perfectly within every man woman and child.

And when exercised within reason, it could lead us to a higher form of truth, virtue and wisdom. When discussing his ideal state within the pages of The Republic, Plato, through the voice of Socrates, explains that the ideal guard or soldier would be possessed with a spirited sense of thumos and a desire to combat injustice. Plato mentions thumos when commenting on a dog that is both loyal to his master, yet dangerous to any evil doer he may encounter.

“And is he likely to be brave who has no spirit, whether horse or dog or any other animal? Have you never observed how invincible and unconquerable is a spirit and how the presence of it makes the soul of any creature to be absolutely fearless and indomitable?”- Plato (Republic Book II)

In the dialogue Phaedrus, Plato compares the human soul to a chariot that is being pulled by one white horse and one black horse, with a skilled charioteer at the reigns.
“First the charioteer of the human soul drives a pair, and secondly one of the horses is noble and of noble breed, but the other quite the opposite in breed and character. Therefore in our case the driving is necessarily difficult and troublesome.”-Plato (Phaedrus) 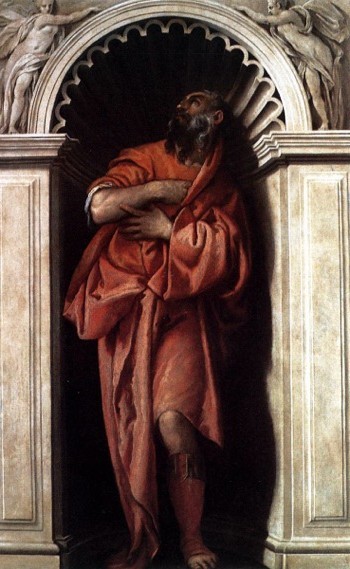 The black horse is said to represent men’s appetites. The white horse is said to represent the thumos of a soul. And the charioteer is reason, which holds both horses steady and will not allow either to run wild. If all is well, the white horse and the black horse will propel the soul forward while reason will ensure that neither steed ever runs toward destruction.
Plato believed that the thumos was the source for various attributes such as bravery, determination, and a need for justice. However, unlike the violent, self destructive thumos of Homeric epics, Plato’s idea of thumos was tempered by a need for civility and order.
Within the ideal city state, every citizen would possess a healthy thumos within their souls. This thumos would allow citizens to uphold their honor and courageously assert their opinion within civic life. However the citizen should also know when to restrict the thumos if it were to become too violent or when it was misdirected.
Thus this form of thumos would be much milder than the berserk rage of the legendary Achilles. If an individual were to express his or her thumos, while simultaneously keeping hold of reason and rationality, then that individual would be a fit guardian or soldier tasked with the protection of the city-state. Such a soul, according to Plato, would reach new heights of human flourishing and unconditional happiness.
—————————————-
4.Thumos In Our Lives
I find it rather interesting that there exist no exact translation for this word that was of grave importance to the ancient Greeks. Whenever an exact translation does not exist, it can be said that that ideal does not exist within a society. And if that is so, could it be said that our culture denies the existence of a thumos, or even worse, attempts to stifle it?
If this is the case, then we run the risk of never engaging our thumos in the first place. And so our white horse sits lazy and sluggish. Individuals who possess no sense of thumos, no willingness to defend that which is just, will often settle for mediocrity, leading lives that are dictated by other souls. An individual with their thumos neutered and ineffective, often indulge in self pity, or self hate.
A sad individual to say the least, this person will never fully realize the potential of the human spirit; and so live half-lives, drifting in obscurity.
The other danger is finding that your thumos has become too powerful. When allowed to run free, the white horse will devastate our lives. Excessive violence, fits of rage and unceasing anger are common with people who are unable to control their thumos. And much like Achilles, this individual will find themselves tormented and will become undone, violently perhaps.
However, when a thumos is properly engaged, allowed to run yet still kept in check by reason, a human soul is said to excel to new heights and accomplish great feats. No man or woman ever accomplished something great, without the help of a dedicated spirit.
With every skyscraper built or expedition undertaken, with every great crusade for peace and civil reform, there was a sense of purpose and an indomitable human courage that would defy all obstacles that stood in the way of justice.
Facebook