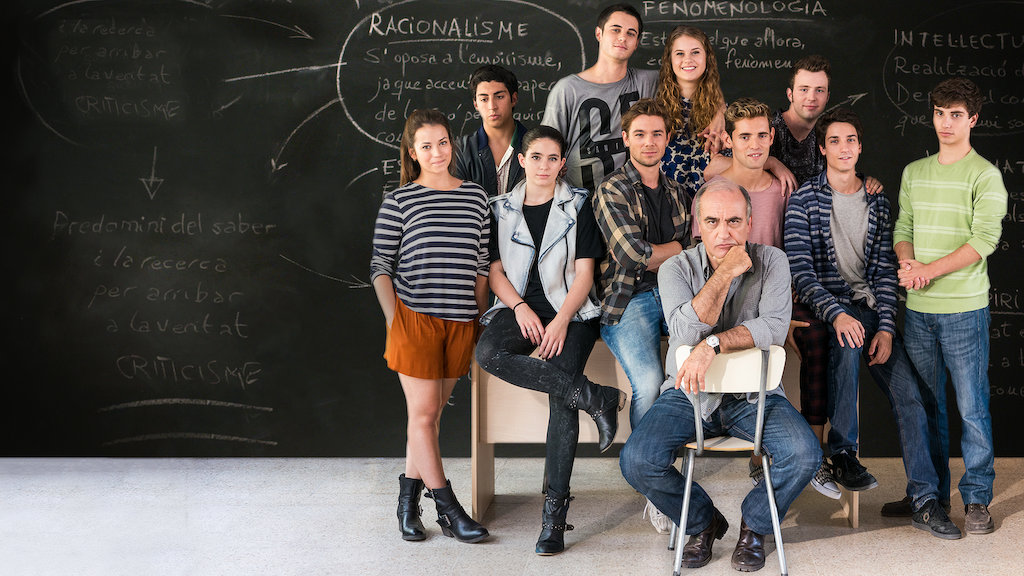 Can We Make Philosophy Popular?

It didn’t take too long before realising he was famous. Probably the third or fourth group asking for photos tipped us off. Of course we didn’t know who the distinguished gentleman sitting two tables over was at first… a sideways snap, dispatched to a local friend who’s more ‘knowledgeable’ about Spanish celebs, confirmed the star’s details.
It was none other than Francesc Orella, the Catalan star of the popular netflix series, Merlí.
I was delighted… because, despite my usual dearth in popular culture references, I did in fact know the show. Indeed, I had been recommended the series numerous times! Afterall, it is a show about a philosophy teacher… and each episode includes the approaches of a great thinker or school of thought, such as the Peripatetics, Nietzsche or Schopenhauer, linking their teachings with fictional events and characters.
The creators reference films like Dead Poets Society, in their attempts to bring philosophy to the public. They even described Orella’s character as a sort of ‘new Aristotle’ who ‘teaches his students to question and reflect’.
What’s not to love?
Fortunately for me, the actor spoke perfect English as well… so I told him I appreciated what he was doing for philosophy.
“I also work in philosophy of sorts”, I awkwardly confided, “and I think it’s just so important nowadays for people to get exposure to it… so I think it’s wonderful the show can get young folks interested in philosophy.”
Francesc smiled warmly and politely thanked me before posing for the next waiting bystanders.
Of course not all of us can star in a hit netflix series dedicated to philosophy. In fact, almost no one does – outside Francesc Orella that is.
So, what can the rest of us do? How can we get those around us interested in viewing the world in different ways? In studying alternative perspectives and the proposals of great minds throughout the centuries?
Essentially: How can we make philosophy popular?
As always, you can write me directly at [email protected] or comment below.
Also, on a completely related note: Happy Birthday Marcus Aurelius!