Do We Need to Almost Die to Know How to Live? | Classical Wisdom Weekly 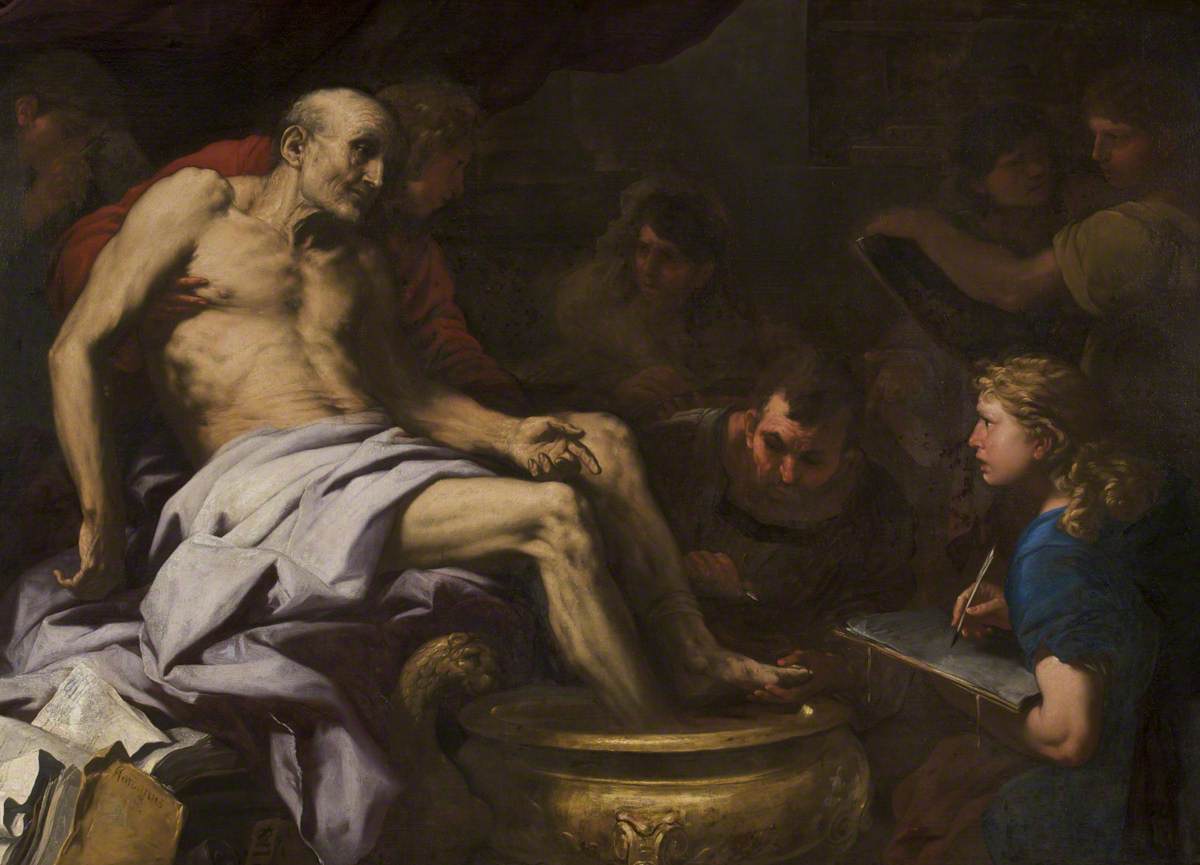 Do We Need to Almost Die to Know How to Live?

It was exactly six years ago tomorrow that I almost died. It would have been an ancient death, just as it was the end of millions of women before me. My family was asked to fly in to say goodbye, a team of experts gathered around my bedside, anxiously waiting and unable to do much. At one point, I had only hours left…
It was at that moment (or perhaps earlier when I was going in and out of consciousness… I have no idea; time itself became irrelevant) I had a sort of vision… a feeling if you will. It was of a large tree with its branches first extended and then dripping down to the ground, where it connected to its extensive roots.
Mercifully it is more unusual to ‘give up the ghost’ in childbirth nowadays (at least in most developed countries), but historically it was sadly the norm. At its worst, one in three women perished in the act…
Then, as in now, there is something both deeply tragic and poetic about leaving this world as another enters. The turnstile of life, its cycles and repetition, become so blatant and undeniable.
The first time I saw my phone again, you can’t imagine how everything contained in it, all that it represented, seemed so silly and unnecessary. Social media, the inbox numbers, whatever else was happening in the world paled in comparison to what just happened.
Of course, I’m not the only one to have nearly died… historically this would have been all the more common, as well as the profound impact it has on one afterwards. A perfect example is the great Russian writer, Fyodor Dostoevsky, who on December 22, 1849 was taken to the public square to be shot. Having received a dramatic pardon at the last minute, the fortunate young man poured his newfound thoughts in a letter to his brother:
“Brother! I’m not despondent and I haven’t lost heart. Life is everywhere, life is in us ourselves, not outside.There will be people by my side, and to be a human being among people and to remain one forever, no matter in what circumstances, not to grow despondent and not to lose heart — that’s what life is all about, that’s its task.“
A century later, Holocaust survivor Viktor Frankl also had great insight following his profound suffering and near demise, writing that “everything can be taken from a man but one thing: the last of the human freedoms — to choose one’s attitude in any given set of circumstances.”
Now, for the classically minded among us (which I imagine is all of you…), this last sentence might seem very reminiscent of another philosophy, the ancient school of thought, Stoicism, in which many of its prominent members have endured great hardships and adversity before reaching a new level of understanding.
Indeed, Zeno of Citium (c. 334 – c. 262 BC), the very founder of Stoicism, only came upon his discovery of philosophy and thus the initiation of Stoicism itself, after surviving a shipwreck.
Seneca ( 4 BC – AD 65) sustained a long exile filled with grief and mourning before becoming the famous philosopher and teacher of Nero.
Epictetus (c. 50 – c. 135 AD), perhaps most famously, was crippled from beatings in his days as a slave and suffered greatly before dictating his seminal Stoic works, Discourses and Enchiridion.
All of these examples, both ancient and modern, lead us to today’s inquiry and Monday mailbag topic. In fact, it’s a question we asked the prominent Stoic Philosopher and author of The Guide to the Good Life: The ancient Art of Stoic Joy, William B Irvine, in our recent Classical Wisdom Speaks Podcast:
Is suffering necessary for understanding? Do we need to almost die to know how to live?
As always, you can write me directly at [email protected] or comment below.
Facebook