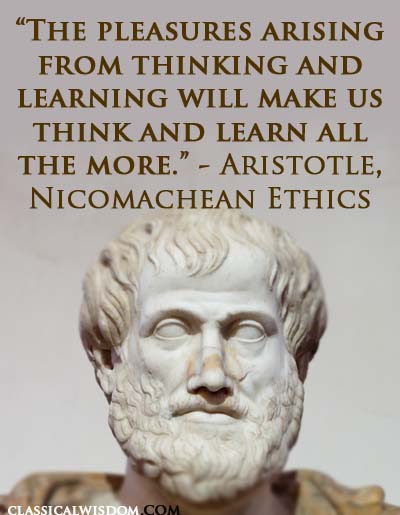 How do we know what’s TRUE?

It looked like we were on a popular game show… but then again, it was a surprise birthday pub quiz zoom party… so I guess we sort of were?
After your editor won for all intents and purposes (my only real rival wrote one round of questions), the conversation, like all others happening the globe over, turned to Covid.
Our Brady Bunch set up allowed us a personal view into living rooms across the British Isles and Italy. One couple relayed their new norms from Tuscany, another from central London, while a few others were reporting from Scotland and Ireland… 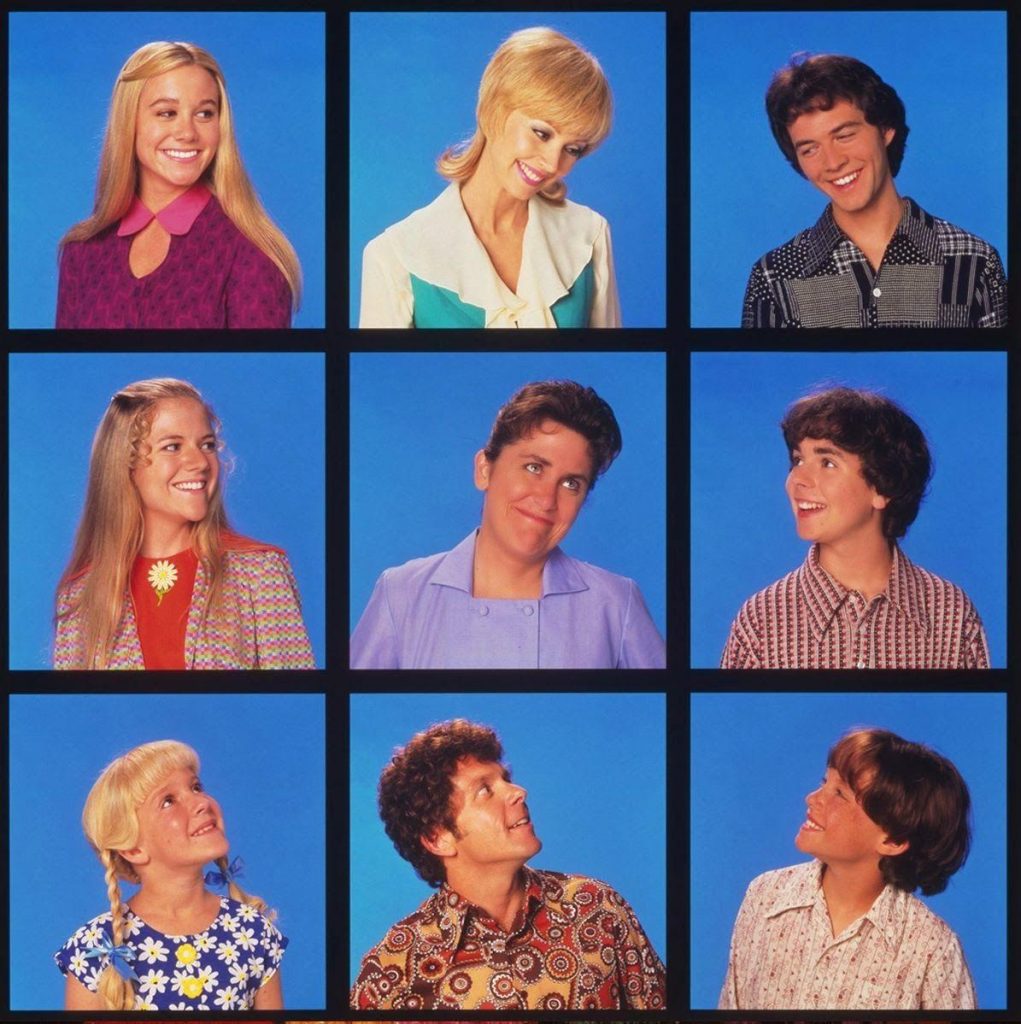 Brady Bunch – so ahead of their time!

A solid THIRD of the boxes revealed that they either already had had the big C or currently were suffering from it…and no, I’m not talking about cancer. None of them had been tested properly, of course, but that’s the same story all around the world.
I was shocked. I mean, I read the various papers, I see the numbers like everyone else… but it’s also so hard to know what’s happening unless you are literally staring at them in a zoom pub quiz.
How many people have it? What are they really dying of? Is it dangerous for children? Should we stay in or go out? As the weeks go on, the information – and therefore the conclusions – somehow is getting more diverse and less consistent.
In Norway they are going back to school today, in Australia they never stopped, and here in Argentina they can’t return until… September.
Doctors report of blood clotting and the silent killer of pneumonia… others will say wearing masks hurts our natural immunity – that healthy people should be out… One paper says we need everyone to get together and download a tractable app… another says we should open up the stores… still more shout to stay inside.
At what point do our heads just… explode?
Now, I’m not against changing one’s opinion, especially as we have more knowledge. In the words of Aristotle, “it is the mark of an educated mind to be able to entertain a thought without accepting it.” But that still relies on being able to trust the information in the first place. 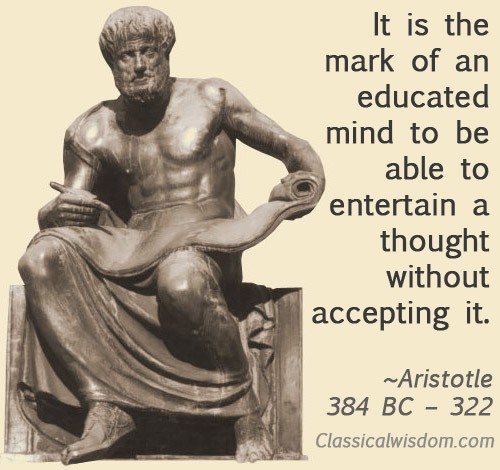 Okay, you may say, let’s just look at who is saying it to prove its validity. However, that doesn’t necessarily work either; just because a source is not reliable, doesn’t necessarily make it untrue. After all, a broken clock can still tell the time twice a day.
The problem, as I see it, is that we have more news written by the likes of Herodotus than Thucydides. With everyone having skin in the game, and reporting from Twitter and other hearsay social media channels, how are we to know what is right? What information isn’t being posted online without the heavy filters of politics? Or the constant pressure of Clickbait headlines and the drive for increased numbers?
Where are our exiled historians telling it from the outside in? (Perhaps your self-exiled editor excluded…) 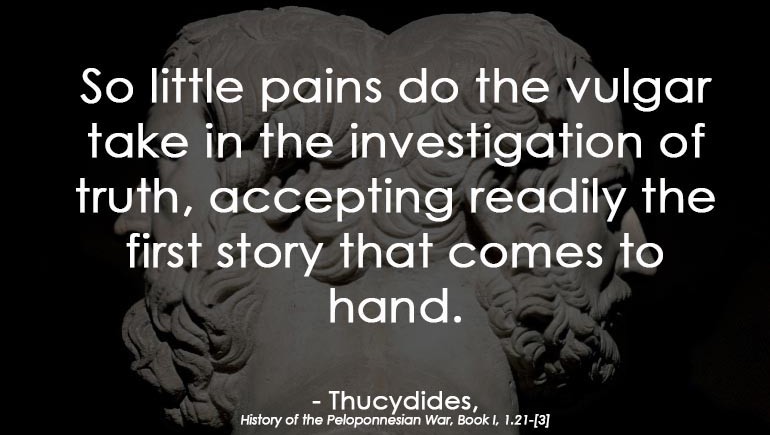 Somewhere, somehow, the truth exists independent of elections, authoritarianism and hero worship… but how do we find it?
In a nutshell, how do we know what is true? And further, is unbiased news even possible?
I know, I know… I’ve asked a lot of questions today, dear reader. Please feel free to write your thoughts and musings below or emailing me directly at [email protected]
We’ll also be taking responses for our newly launched free podcast: Classical Wisdom Speaks

Yup, if you haven’t checked it out already (and you may even be referenced in our first episode!), please have a listen on any of these popular platforms: