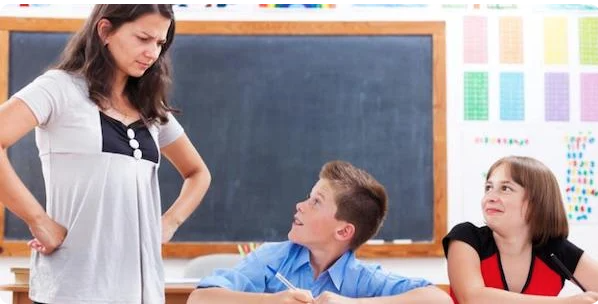 The teacher looks over the classroom, a frown conspicuously distorting her face. With knitted brow she passes down the aisles peering at each child suspiciously.
“NO ONE is leaving… until I found out who did it!”
The kids squirm. They furtively glance at the guilty and innocent alike.
“No one owning up, hmmm??? Okay, no recess for anyone!”
A collective groan is issued from the adolescents… again.
Yes, most of us have experienced it at one time or another.
Collective guilt… and her twin sister ‘collective punishment’ have been (still are) a popular form of social control. They live freely in closed institutions: the prisons, the military halls, and boarding schools the world over.
Throughout centuries they’ve wandered the globe and danced triumphantly with various regimes. They’ve handed out policies, economic sanctions, and spurred on political movements. At times, they have left long bloody trails behind them.
They rose up in the ancient world too.
During the Peloponnesian War, for instance, the Athenians would massacre the entire population of an island after beating them. Indeed, this seems to have been the rule rather than the exception.

Even on their own home ground, the classical Athenians imposed Atimia (loss of citizen rights) on the descendants of state debtors. Didn’t get around to paying that court fine? Your son will suffer for that!
Meanwhile in Rome, the best example of collective responsibility was the Senatus Consultum Silanianum, a resolution passed by the Roman senate around 10 AD concerning the treatment of slaves of a murdered master. Basically, any slave in the house that could not prove they didn’t try to prevent the murder – including throwing their own body in the way – would be tortured or killed themselves.

Collective guilt/responsibility/punishment is found frequently in mythology and biblical stories. Plagues are sent, cities are burned, and entire nations razed for the actions of some, or many, but not all.
Today, the notion is prevalent again. It’s the idea that we or you or them should feel ‘guilt’…and pay for it. We see it in classrooms, in papers, and in public discourse.
Which is exactly why we should discuss it here!
But let’s begin where all good discourse should. With the terms themselves.
What exactly is collective guilt? Or collective responsibility? Is it a powerful tool for change and progress? Or an unjust path of revenge?
Is Collective Guilt Good?
As always, you can write to me directly at [email protected] or comment below. And please, write “COLLECTIVE” in the subject line so I can find it in my overzealous spam folder.
Facebook