Lessons on Racism from the Ancient World | Classical Wisdom Weekly 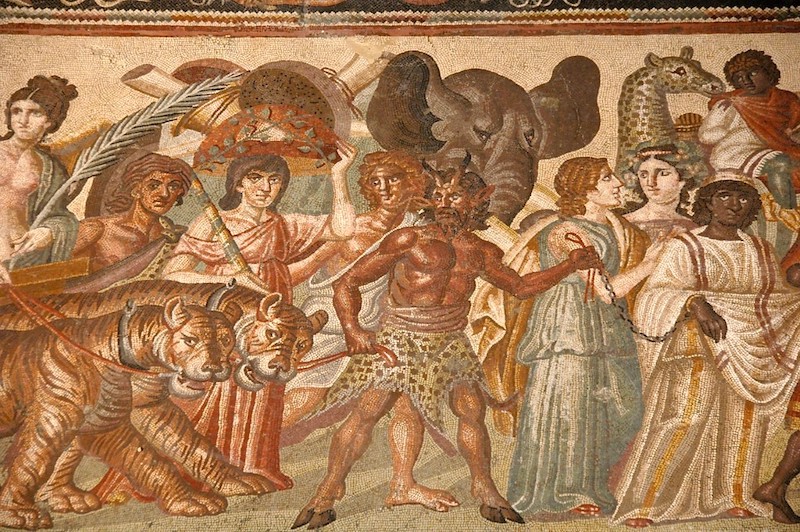 Lessons on Racism from the Ancient World

In lieu of our normal monday mailbag, I’d like to discuss Racism…and what the ancient world can teach us about this extremely important issue.
Now, I wasn’t certain if I should say anything about it or not. I’m currently trapped in the world’s longest lockdown, the new epicenter where pandemics haven’t yet become passé. Down here on Las Pampas, our daily attention is still focused on the invisible war, on the C-word.
That’s to say, I’m not in America, so it’s hard to ‘read the room’ if you will…and I don’t want to miss the mark.
However, I believe that it is important at an historic moment like this to take a step back and be thoughtful, really thoughtful; to recall the advice of the ancient philosophers to try to understand ourselves and the world in which we live.
After all, that’s basically our shtick here at Classical Wisdom!
Where to Begin
I’d like to start with two simple premises. First, Racism exists.
While some may argue over degrees, no one can deny that it’s a reality. It’s evident in the US, but also all over the world. I’ve seen it with my own eyes as I easily cross borders when others are detained. I’ve been with biracial friends when taxis refuse to pick them up and heard the well-known condescending and dismissive terms, delivered in supposedly post-apartheid lands. These small examples are mere glimpses of an entire world… one some don’t see because they may not encounter it.
But the truth exists independent of our own personal experiences.
Second, Racism is not only a bad idea, it’s unproductive. The color of one’s skin says nothing about the morality, the thoughtfulness, the goals and dreams of the person. It’s a disservice to categorize humans in such a way. It’s also a gross misuse of one’s time that will result in wasted opportunities. We need more of the best voices, ideas, and innovations from all over the world to contribute to this great human project… not less of them.
It’s something I love about Classical Wisdom. We have readers and writers from all over this planet. Our classics community extends to Brazil, Mexico, the U.S., England, Serbia, Greece, South Africa, Oman, India and Australia, to name but a few places. One of our first readers, with whom I’ve enjoyed a delightful correspondence for years, is a classics professor from the island of Tonga. While that Polynesian sovereign state is about as far away both physically and culturally from the majority of you, you may well have more in common with this learned reader -simply because you are both reading this- than half the folks in your local grocery store.

You can find the Classics in Paradise…

Racism in the Ancient World
While it may be idealistic to think Racism never occurred in the ancient world, it didn’t quite look the way it does for us today. It certainly doesn’t seem that a different skin color was a particular problem. Indeed, emperors Septimius Severus and Caracalla were, if not black, then certainly People of Color, as were many prominent writers. Even the most important mythological text, the Iliad, features a heroic Ethiopian king that Priam was thrilled to meet.
Moreover, the ancient Greeks worked hard to overcome the primitive fear of “otherness”, as exemplified by their practices of Xenia. This concept of welcoming ‘strangers’, accepting the unknown with civility and humanity, was a cornerstone of their beliefs, culture and society. The obverse, the xenophobia found in our more modern times, would have been condemned by the Olympians and their devotees.

The departure of Memnon for Troy. Greek, circa 550-525 BC. Black-figure vase. Royal Museums of Art and History, Brussels, Belgium.

Also, as I mentioned in the previous Monday Mailbag issue, the slavery angle is complicated when talking about the ancients, as slavery had nothing to do with race (and very little to do with religion). If it did, it was most likely connected to the Barbarian blondes of the north; though more often than not, slaves were simply spoils of war. It was perfectly normal for a Greek to have another Greek as a slave. It was one of the incentives for a soldier to fight to the death rather than be captured!
But more than anything else, ancient Athens and Rome were important centers of commerce, culture, and learning, drawing in the greatest and most ambitious minds from the farthest flung corners of their known world. Men and women, freemen and slaves, soldiers and philosophers travelled from Asia Minor, Africa and Europe.
The foundations of western culture were, in fact, hugely multicultural.

The African Roman Emperor Septimius Severus who lived in York

The Unexamined Life
Whether Racism affects you personally or not, whether you have been the victim of it or the witness of it, this is a moment to stop and think about it. After all, the unexamined life is not worth living!
Aristotle would tell us that we are the culmination of our habits and our actions… and Marcus Aurelius would go further to say this process begins with our very thoughts. This means that if we are to be the best versions of ourselves, good and moral people in our families, communities and now inter-connected societies, then we should carefully inspect our beliefs, our words and our actions.
We have to be gadflies, starting with ourselves.
To quote Marcus Aurelius, “As far as you can, get into the habit of asking yourself in relation to any action taken by another: “What is his point of reference here?” But begin with yourself: examine yourself first.” ― Marcus Aurelius, Meditations
How to Have Hard Conversations
The next lesson from the ancient world is how to engage in constructive and civil discourse. Now, I know Racism is a very charged and emotional topic the world over, and that is precisely why it should be examined and discussed. Of course, that can be easier said than done…
Herewith, a few helpful suggestions from the ancient philosophers:
To conclude, I appreciate you taking the time to read this and with the spirit and intention in which it was written. I hope that we all can continue to discover the lessons from the ancient world, apply the timeless wisdom, as well as take this opportunity to examine ourselves and the society in which we live.
And more than anything else, I sincerely wish Racism, in all its forms, goes straight to Hades.
Feature Image: Third-century CE mosaic depicting a Dionysian procession. Setif, Algeria. Image Copyright: Dr. Sophie Hay
Facebook