A few months ago the lead singer of an all girl Thai pop group made a tearful apology. The 19 year-old had made a horrible mis-judgement in her wardrobe choice, donning a swastika only two days before the Holocaust Rememberance day.
The deputy chief of mission of the Israeli Embassy in Bangkok took to Twitter to express “shock and dismay” at the outfit.
While the young lady was upset at her lack of knowledge regarding modern world history, she should perhaps be given a bit of a pass. After all, for the majority of the world’s human history, the swastika has held a very different meaning. Indeed, prior to the 1930s, the ancient symbol enjoyed an unblemished reputation for over 12,000 years! 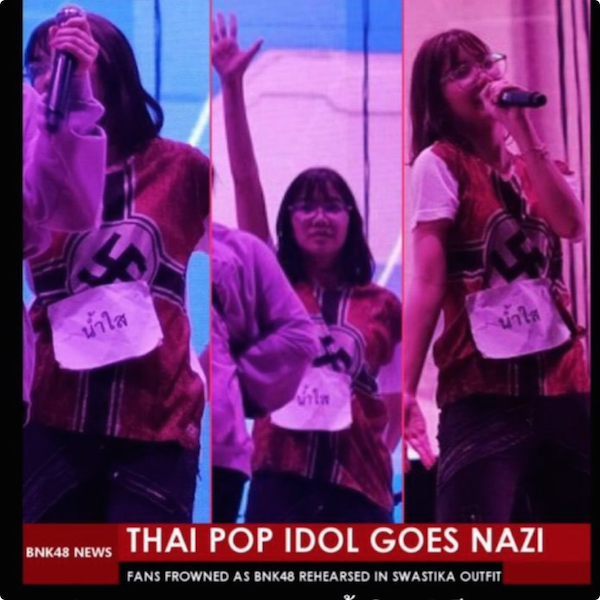 Originally based on sanskrit, the swastika means ‘’conducive to well being’ or ‘auspicious’. To the billion Hindus on the planet, it represents the sun and prosperity and in Buddhism, which has almost 500 million adherents, it symbolizes the auspicious footprints of the Buddha. Meanwhile the famously nonviolent Jainists believe that the swastika is the symbol for Suparshvanatha – the seventh of 24 Tirthankaras (spiritual teachers and saviours).
But this isn’t just an ‘eastern’ thing either.
Swastikas have also been found on pottery in archaeological digs in Africa, in the area of Kush and on pottery at the Jebel Barkal temples. The Navajos in North America called it whirling logs and it was also depicted by the Aztecs. The earliest known swastika is from 10,000 bce – part of “an intricate meander pattern of joined-up swastikas” found on a late paleolithic figurine of a bird, carved from mammoth ivory, found in Mezine, Ukraine. 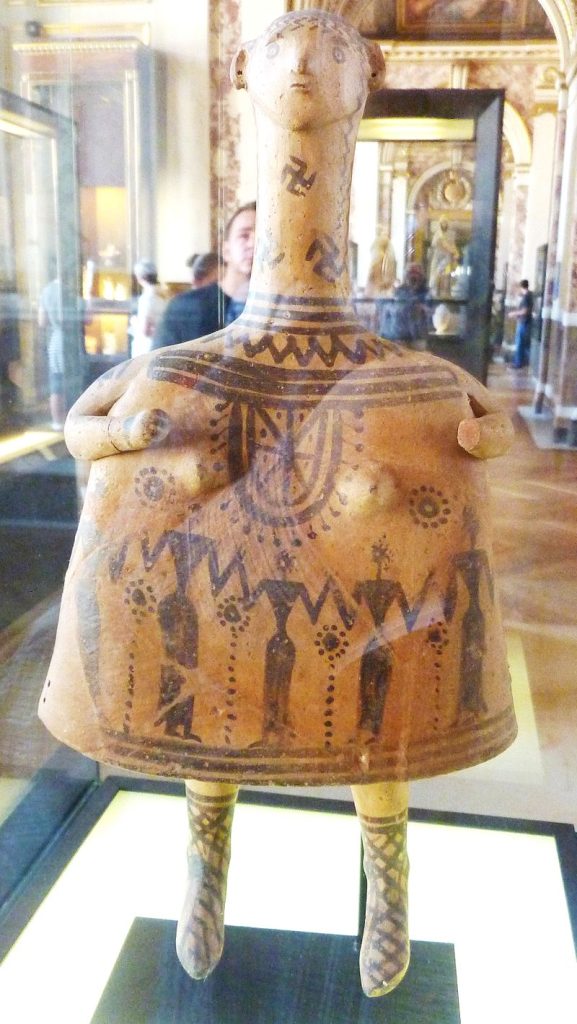 In several major Indo-European religions, the swastika symbolizes lightning bolts, representing the thunder god and the king of the gods, such as Indra in Vedic Hinduism, Zeus in the ancient Greek religion, Jupiter in the ancient Roman religion, and Thor in the ancient Germanic religion.
The first use of the word swastika in a European text is found in 1871 with the publications of the controversial archeologist, Heinrich Schliemann, who discovered more than 1,800 ancient samples of the swastika symbol and its variants while digging the Hisarlik mound near the Aegean Sea coast for the history of Troy.
One might argue that the swastika is one of the most long-lasting positive universal symbols that exists on this planet. 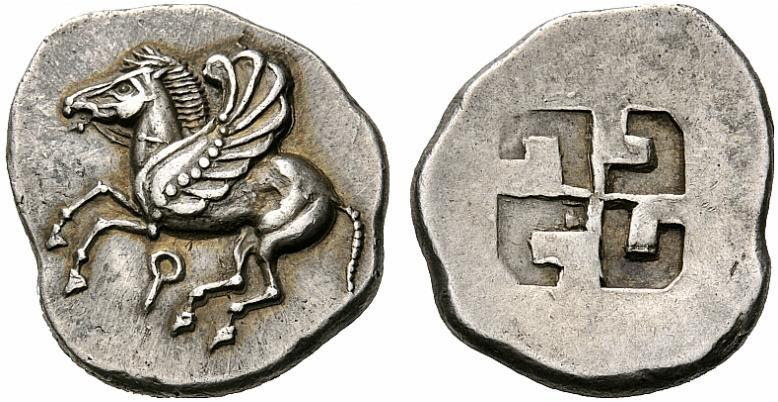 And yet, all this good work was undone once it became adopted by the Nazi Party of Adolf Hitler. Since then the swastika has been associated with Nazism, fascism, racism in its (white supremacy) form, the Axis powers in World War II, the Holocaust in much of the West and remains a core symbol of neo-Nazi groups.
It appears that 12 millennia later, we are letting Adolf Hitler, of all people, define the swastika today! 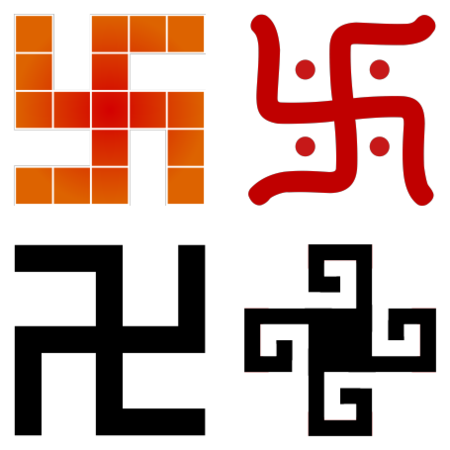 The swastika is a symbol with many styles and meanings, and can be found in many cultures.

Never ones to shy away from controversy or accept that there is anything outside the realm of questioning, we, instead, prefer to ask the ‘unaskable’. That is how philosophy works. We must press our limits and really investigate why or how we think about things.
Asking, after all, does not mean accepting… it merely forces us to live a more examined life.
And so with that in mind, I ask you, dear reader, should we bring back the Swastika? And it is even possible to reclaim misappropriated symbols? Once they have been tainted, can they ever return to their original meaning?
You can email me at [email protected] or write in the comments below.
Facebook