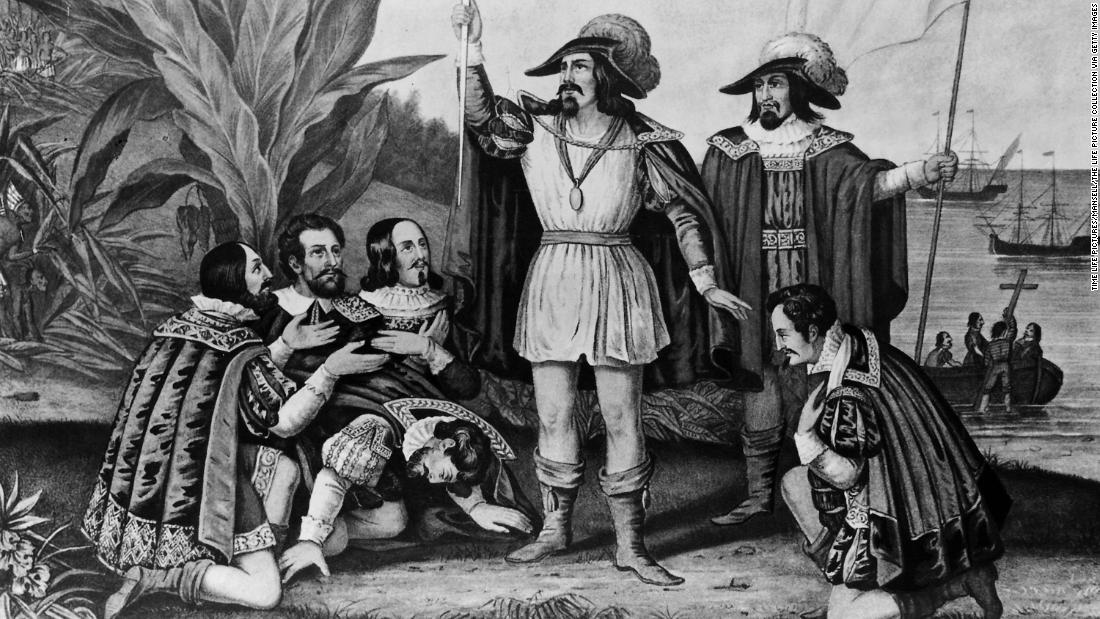 Should We Learn “Outdated” History?

It seems like most holidays start with a bit of throat clearing nowadays… Followed by a few caveats… and the inevitable, “well… actually…”.
I’m acutely aware of this because I’m regularly tasked with the job of explaining American holidays and their corresponding customs both to my five year old and local friends down here in Argentina.
Thanksgiving is always a… long story.
Demonstrating all the pagan vestigial elements of Easter, Halloween and Christmas seem to confuse rather than illuminate.
And why exactly again does everyone celebrate Cinco de Mayo when it’s not even a thing in Mexico?

Today’s holiday, whatever you wish to call it, conjures up a whole other level of difficulty. Whenever asked, I immediately begin the spiel I was taught in school many decades ago… and then I stop.
As a lover of history, I feel compelled to get to the truth of any event – but now as our own histories get more and more updated, I wonder, is there any value in learning ‘outdated’ history? Will Christopher ever again just simply sail the ocean blue in 1492?
Now, if 15th century Italian explorers aren’t really your cup of tea – perhaps the topic is too controversial or just not sufficiently classical (fair enough!)- then consider the beloved bare breasted Minoan snake goddess…

Ancient Greek buffs might recognize the figurine as the quintessential statue from the Aegean Bronze age civilization. Discovered by the always controversial archeologist Sir Arthur Evans in Knossos, Crete, the Snake Goddess may not be what she seems.
In the most recent Classical Wisdom Speaks Podcast, the associate Curator of the Walters Art Museum and one of our Classical Wisdom Symposium Speakers, Lisa Anderson Zhu drops some truth bombs on the subject.
Let’s just say, I WAS SHOCKED.
If these statues are all fakes, then… should we even care about them anymore? There’s enough stuff to learn in history that perhaps the history of history is simply too niche for most people.
So, I’ll ask again for this week’s mailbag question: Should we learn “outdated” history? Is there any value in it? Or should we cross it out and move along?
As always, you can write me at: [email protected] or comment below.
Symposium Spotlight: Walters Art Museum

I’d like to introduce… the Baltimore Painter. The artist of this vase is known as the Baltimore Painter, taking his name from the location this piece, his most prominent work. More than 1,500 vases are attributed to this artist, who worked in what is modern-day Apulia, Italy.
Covered with figures and ornament, the centerpiece of this volute krater is the god Hermes–identified by his hat, caduceus and winged boots–who stands in a colonnaded structure before a seated woman, perhaps Persephone. The identities of the figures gathered around the outside of the structure are unclear, but perhaps they are dead souls in the Underworld.
The Walters Art Museum
The Walters’ outstanding collection of ancient Greek art illustrates the history and culture of Greece from the Cycladic to the Hellenistic period (ca. 3rd millennium–1st century BC). It ranges from engraved gemstones to exceptional vases and marble statues. Among the dazzling jewelry in the ancient treasury are the extraordinary Olbia bracelets, which are encrusted with multicolored gemstones.
The Walters Art Museum is ALWAYS Free… and now open!
You Can Explore their Ancient Greek collection online HERE.
Listen LIVE at the Symposium
Associate Curator of ancient Mediterranean art, Lisa Anderson Zhu, will be discussing Power and Politics in Art at Classical Wisdom’s Inaugural Symposium, taking place October 24 – 25.
***NB: The Wine Option of the Symposium Ticket Ends TUESDAY MIDNIGHT. Make sure to reserve your winebox here.
Facebook