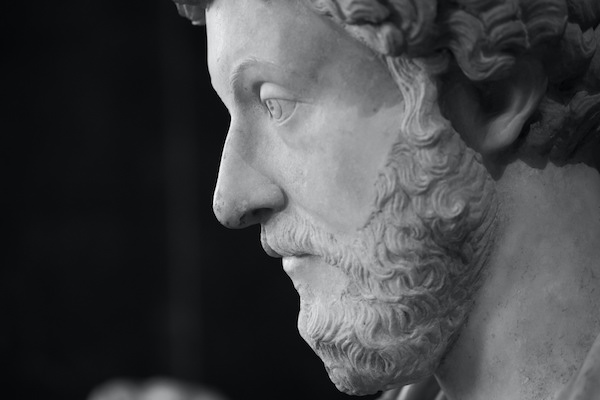 Even philosophy is not safe from the whims and whirls of fashionable fads.
You’d think something so grounded, so profound would stand on its own, subject only to its content and the quality of its ideas.
Alas, that is not the case.
Instead, different schools of thought take culture by storm when and where is relevant. At times Aristotelian thinking becomes all the rage: the ideas of Reason and the rules of identity takes center stage. Other times, Platonic ideals ramp up… and in yet another moment, the likes of Essentialism, with its Sisyphean symbolism, becomes the latest craze, often in reaction to some horrid current event.
So, it appears to be with the ancient Hellenistic Philosophical school of Stoicism.
Initially founded by Zeno of Citium, in Athens, in the early 3rd century BC, Stoicism focuses on a philosophy of personal ethics informed by its system of logic. The concepts are based on determining what is in our control, such as our emotions and reactions, and what is outside our realm of influence, such as.. I don’t know, pandemics. Many Stoics—such as Seneca and Epictetus—emphasized that because “virtue is sufficient for happiness”, we should be resilient to misfortune.

The philosophy took off in the Roman era, most famously employed by Marcus Aurelius, and today is enjoying a renewed popularity.
Even here in our humble pages we’ve been discussing the philosophy at length. On the one hand we are launching our podcast with Professor William B. Irvine on the ancient art of stoic joy and stoic challenges to our Classical wisdom Members tomorrow, advocating useful techniques in dealing with daily life.
*If you aren’t a Classical Wisdom Member, check out our Platinum Member Free 30 day trial and get tomorrow’s podcast for FREE.*
On the other hand, our recent article on the False Promise of Stoicism, which points out the issues of fate and determinism inherit in the philosophy, has already drawn a lot of commentary as well as condemnation from readers.
So, I thought… why not bring the question to our entire Classics community?
What’s your verdict on Stoicism? Is it helpful? Or harmful? And should it be our go-to philosophy at a time like this?
As always, you can comment below or write me directly at [email protected].
Facebook