What Controls What? The Mind-Body Problem | Classical Wisdom Weekly 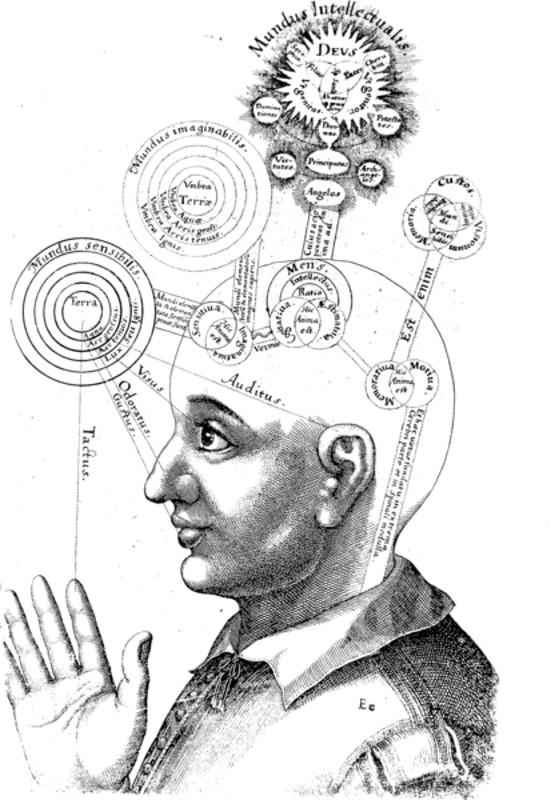 What Controls What? The Mind-Body Problem

Last week’s discussion on ‘where does Evil come from?’ started off simple enough… or at least I thought so. But before I knew it, we were knee deep into an ancient philosophical issue.
One I had not anticipated wading into… but perhaps with hindsight was impossible to avoid.
I’m talking about the old mind-body problem.
For those wanting a recap, it’s a debate concerning the relationship between thought and consciousness in the human mind, and the brain as part of the physical body.
Now, a few important points to clarify before we begin.
This is separate from understanding how mind and body function chemically and physiologically…because that presupposes interactionist dualism.

René Descartes’ illustration of mind/body dualism. Descartes believed inputs were passed on by the sensory organs to the epiphysis in the brain and from there to the immaterial spirit.

No, this discussion needs to consider the mind and body as distinct, fundamentally different in nature.
While many philosophy lovers may be quick to quip Descartes’ famous lines on the issue, the conversation really goes back thousands of years.

Indeed, we can journey back to the fourth century BC and visit Plato (429–347 B.C.E.) explaining his forms. From within his metaphorical cave, we can see his explanation of the mind-body problem. The mind, or soul, comes from the world of the forms. Meanwhile, the body is empty; it can not access the abstract reality of the world and can only experience shadows. This is determined by Plato’s essentially rationalistic epistemology.
Aristotle (384–322 BC), however, contended that the mind is a faculty of the soul. His view was much simpler… basically, the mind fits into the body as a child’s block slots into the toy.

“It is not necessary to ask whether soul and body are one, just as it is not necessary to ask whether the wax and its shape are one, nor generally whether the matter of each thing and that of which it is the matter are one. For even if one and being are spoken of in several ways, what is properly so spoken of is the actuality.”

Thanks Aristotle for making it so obvious….
This issue on how to connect the body and mind continues into the medieval and renaissance era, with great brains like Thomas Aquinas, René Descartes and Kant throwing their ideas into the pot.
So knowing the prestige of the question at hand, it’s time to doff our seriously philosophical caps, dear reader, and delve into one of the most fundamental concepts of metaphysics and epistemology…
How do the mind and body connect? What controls what? How can we contribute to the continuous conversation regarding the mind-body problem?
As always, you can write to me directly at [email protected] or comment below.
Facebook