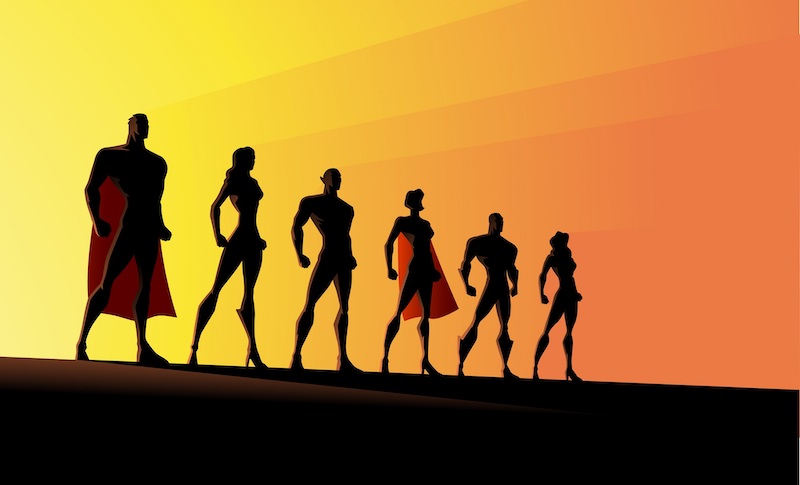 What happened to HEROES?

We barely made it out… the window in which the Argentine border was open and flights were leaving closed almost 24 hours after we safely landed in Houston Intercontinental.
Yes, dear reader, we made it to America… and just in time for the summer. And while many of you nationwide are enjoying the unofficial start to the season with outdoor BBQs, lakeside swimming or frantic online shopping, we do want to pause for a moment to reflect on the reason for the holiday.
Here in Texas, the streets are lined with American flags, lest you forget it is Memorial Day. It is a day to remember and mourn military personnel who died in the line of duty.
Throughout history it was often considered the greatest glory to die for your country and the ancient world was no exception. In fact, Sparta may exemplify this expectation more than any other place or time in history.
Pluratch described it best:

“Another, as she handed her son his shield, exhorted him, saying, “Either this or upon this.””
ἢ τὰν ἢ ἐπὶ τᾶς,
Ḕ tā̀n ḕ epì tâs
“Meaning “either you will win the battle, or you will die and then be carried back home on your shield”.“
“It was said by Spartan mothers to their sons before they went out to battle to remind them of their bravery and duty to Sparta and Greece.”
“A hoplite could not escape the field of battle unless he tossed away the heavy and cumbersome shield. Therefore “losing one’s shield” meant desertion. (Plutarch, Moralia, 241)“
“Come back with your shield – or on it” was supposed to be the parting cry of mothers to their sons. Mothers whose sons died in battle openly rejoiced, mothers whose sons survived hung their heads in shame.

Spartans probably did not need a ‘Memorial Day’ to honor their war dead; the conscious act of respecting fallen warriors was most likely part of every day, seamlessly integrated into their daily routine.
Today, however, the practice seems… a little out of sync with modern culture. Anachronistic, if you will… A throwback to when we still worshipped heroes.
Nowadays it seems as if we live in the age of the victim. Young folks scrambling to collect as many points as possible in order to get ahead. Even our comic book blockbusters focus on the tragic tales of the villains rather than glorifying the triumph of the hero.
In fact, when looking up another synonym for hero just then, the online thesaurus only referred to a sandwich!!!
Which brings me to today’s mailbag question…
What happened to HEROES? Have we lost the concept completely? Are we living in a culture of victimhood? And should it – could it – reverse?
As always, you can write me directly at [email protected] or comment below.
But before you go, a brief moment of housekeeping…
We are opening up registration for our Summer Course. If you haven’t taken the Essential Greeks Course yet, then now is the time! Sign up to make sure you reserve your spot and finally understand the Essential Greeks. From Homer to Aristotle, we cover the historians, the philosophers, the dramatists, and the poets.
Sign up Here.