We, the signed, petition to have the Parthenon Marbles returned to their home in Athens, Greece…
In order that they may be appreciated in their proper context and, most importantly, joined with the marbles that were left behind in Greece in order to present a cohesive historical and artistic whole. We believe that Greece has properly prepared for the possible return of the marbles with strict conservation techniques and state-of-the-art technology that rivals, if not surpasses, the techniques in place at the British Museum. We believe that the return of the marbles would exemplify an act of good faith and especially an appreciation of the world’s shared cultural history, and so we petition the British Museum to delay no longer and to send the marbles home.
Today we say: It’s time to give the marbles back, and bring them home.

A Sacred Space: History of the Marbles 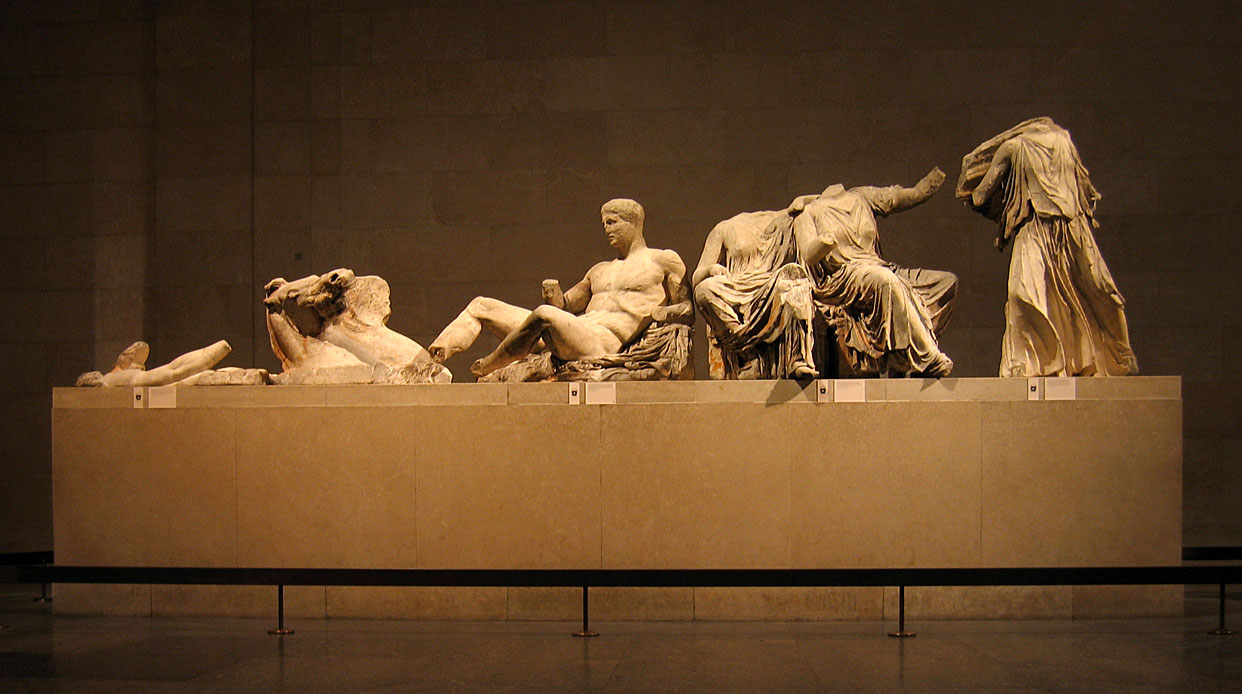 Though the marbles are well-known today as the Elgin Marbles, after the Englishman Thomas Bruce, the 7th Earl of Elgin who stole the marbles in the early 1800s from their original site in Athens, they are more accurately called the Parthenon Marbles. This is because they are statues, inscriptions, friezes, and other architectural pieces that were originally sculpted to decorate the Parthenon, an ancient temple on the Athenian Acropolis dedicated to Athena, patron goddess of Athens.
The Parthenon itself is considered the most important monument from Classical Greece to have survived, and to this day it stands as a symbol of what many of us hold dear: ancient culture, democracy, and western civilization itself. However, it is missing part of what made it so special: the incredible classical artwork that was created specifically to honor the sacred site.
An Enthusiast Goes too Far: The Arrival of Elgin
Why did the Earl of Elgin have access to the Parthenon marbles? At the time, Greece was under the control of the Ottoman empire, and Elgin was named “Ambassador Extraordinary and Minister Plenipotentiary of His Britannic Majesty to the Sublime Porte of Selim III, Sultan of Turkey”.

Thomas Bruce, 7th Earl of Elgin
Elgin was an admirer of classical culture, and was in the process of constructing a grand country home for himself using many principles of classical architecture and art. The head architect of the project encouraged Elgin to travel to Greece and obtain special permissions from the Ottoman Empire to have drawings and casts made of the statues so that he could decorate his home with these replicas and display them to his countrymen in the hopes of improving artistic appreciation.
This was the original intent, but Elgin went even further.
Thanks to a firman–or permit–that today has fallen under much scrutiny and controversy, Elgin’s team began to hack away at the Parthenon, sawing off enormous marble statues, cutting apart grand friezes into individual chunks, and otherwise doing irreparable damage to the marbles and the structure of the Parthenon itself. Over the course of eleven years (1801-1812) Elgin’s team ripped up this sacred building’s history and had it shipped to England.
Disapproval, Even in His Own Time
Even Elgin’s contemporaries couldn’t condone his actions. Famous poet Lord Byron thought Elgin’s removal of the marbles was nothing short of looting and plundering, and made his opinion public in his poem, “Childe Harold’s Pilgrimage.”
Sir John Newport, Whig politician and Chancellor of the Exchequer of Ireland, said:
Edward Daniel Clark, an English clergyman, actually witnessed the removal of some marbles and said: “Thus the form of the temple has sustained a greater injury than it had already experienced from the Venetian artillery,” and, “neither was there a workman employed in the undertaking … who did not express his concern that such havoc should be deemed necessary, after moulds and casts had been already made of all the sculpture which it was designed to remove.”
A Look at the Arguments, and the Facts
The debate around the Parthenon marbles is one that still rages, and over time, many supporters of the British Museum have voiced arguments as to why the marbles shouldn’t be returned. Here we present to you four of the most popular arguments and our refutations.
1. Greece Can’t Care For The Marbles
One of the most common arguments against the return of the Parthenon Marbles is that Greece would not have the means to care for and, most importantly, conserve the marbles. Over the years, proponents of this argument have cited everything from wars to pollution as evidence for this theory. However–while it is undeniable that the Acropolis has seen its fair share of war and disrepair in the past–it is simply not true that the Greeks do not have the means to care for the marbles. 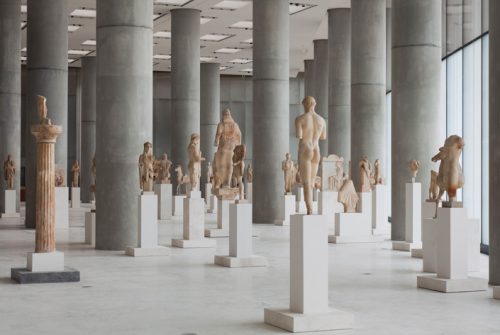