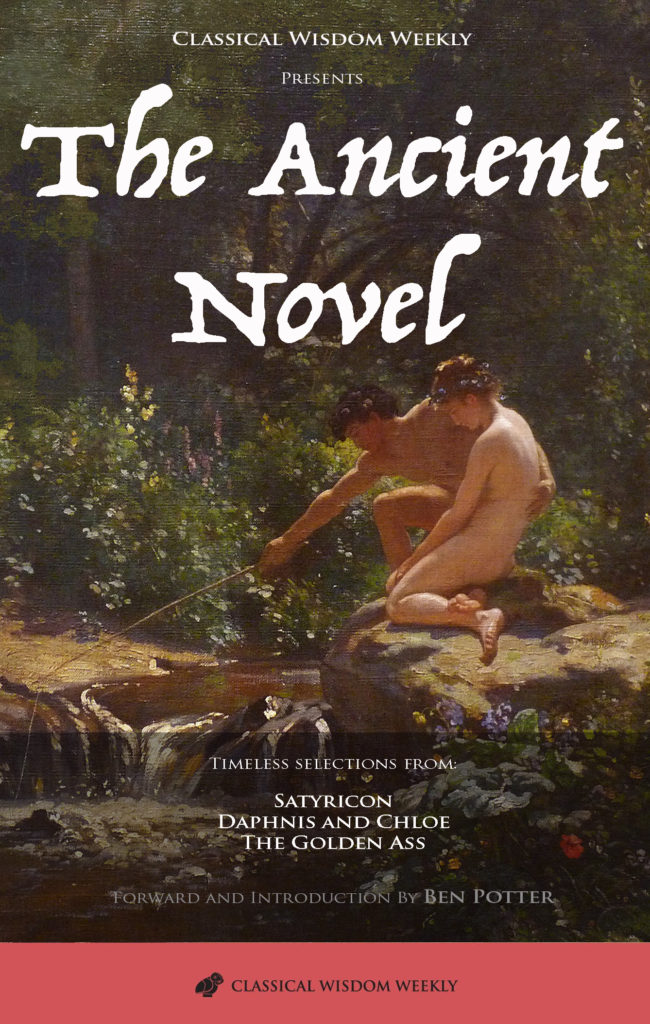 The Ancient Novel: Satyricon, Daphnis and Chloe, and The Golden Ass
Compiled and Edited by Ben Potter
Foreword and Introductions by Ben Potter

Though examples of dialogue, history, poetry abound, the dearth of creative, prose narratives in antiquity is surprising. Surprising, but understandable when one considers that the novel did not really ‘exist’ for much of the ancient world.
Though it’s hard to give a definitive date as to the origin of the ancient novel, in this anthology we will bring you the first three meaningful examples of it… these three books have the special trait of being both hugely influential – they would inspire works like The Great Gatsby, Picture of Dorian Gray, and the Wasteland – as well as being fully entertaining and engaging in and of themselves.
Download as PDF
Download as EPUB
Download as MOBI