Morpheus: The God of Dreams

By Edward Whelan, Contributing Writer, Classical Wisdom
Mythology often personifies aspects of nature and life, transferring these elements into gods. It should be no surprise then that our state of repose – something we do for a third of our life – is no exception. In the Greek world, the god of dreams was Morpheus and in some stories and fables he is also associated with sleep or unconsciousness.
He was the son of the god of Sleep, Hypnos, and his mother was Pasithea, the goddess of relaxation but also paradoxically of hallucinations. Moreover, his grandmother was Nyx, the fearsome deity of Night. All of these ‘gods’ contribute and culminate in the characteristics that we associate with dreaming. 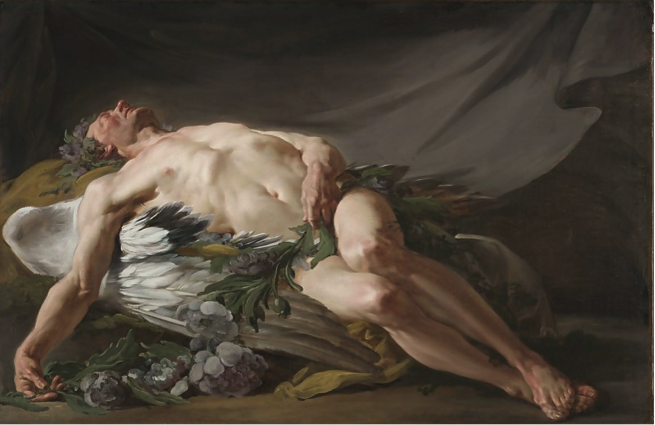 A painting of Morpheus sleeping in his cave, by Jean-Bernard Restout

Morpheus: The Dream-maker
Hypnos had many children, but he selected Morpheus to be the god of Dreams because of his uncanny ability to assume forms and mimic living beings.
Morpheus was assisted by the Oneiroi (Greek for Dreams) who were all his brothers. They helped him to create the dreams of humans. One sibling, Icelus, made the dreams seem real, while another, Phobetor, was responsible for phobic or terrifying dreams. Then Phantasus, the third brother, created fantastic and surreal dreams. Morpheus was their leader. As a result, he ensured that he alone oversaw the dreams of monarchs and heroes. Moreover, he could even appear to the Gods in Olympus. Unlike his brothers, all of Morpheus’ dreams were true and many prophetic. 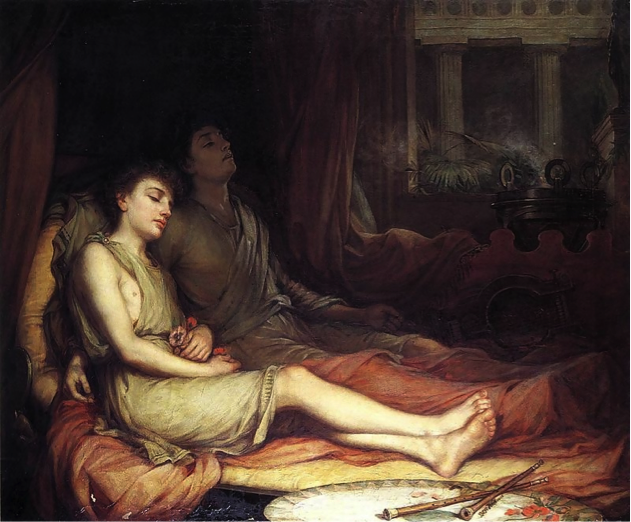 The god of sleep and his half-brother death, by John William Waterhouse

Morpheus is derived from the Greek for ‘form’ or ‘shape’. He came to people in sleep and assumed the forms that people dreamt. Morpheus was an artist of dreams, he could shape images and visions and make them seem alive. He could perfectly imitate a person, their voice, their walk, mannerism, and moods. There was one limitation to Morpheus; he could only transform himself into a male figure.
In the arms of Morpheus
The Ancient Greeks had a saying regarding the ‘arms of Morpheus’. When in the embrace of the god, an individual would enjoy deep, peaceful sleep; they would also dream. These were dreams about the future and upcoming events.
Morpheus did not merely make people dream of simple and everyday things. He was doing so much more. Morpheus was a messenger of the gods and he was transmitting, through dreams, messages from the divinities. The Greeks, and later the Romans, believed that many dreams were portents and omens. As a result, the god of dreams was a very important figure in the classical world and was highly revered. 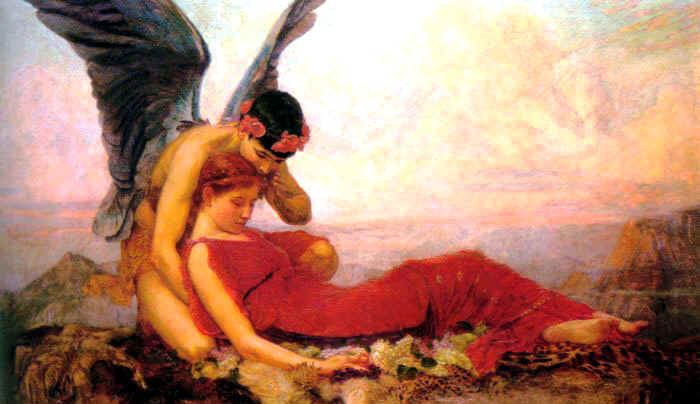 Messenger of the Gods
Morpheus was a winged being. He had two wings on his back that allowed him to travel great distances and at great speed. This allowed him to visit so many bedrooms at night. These wings were a gift from his uncle, Thanthos, the god of Death and one of the most powerful of all the ancient deities. Some Greeks believed that Morpheus was possibly a messenger of death and that he could appear to predict the death of a person.
The god of dreams was very protective of his family. His father, the god of sleep, enjoyed tricking Zeus, which meant he often incurred the wrath of the king of gods. Morpheus would carry Hypnos to safety to a place known to the Greeks as the Dream World. 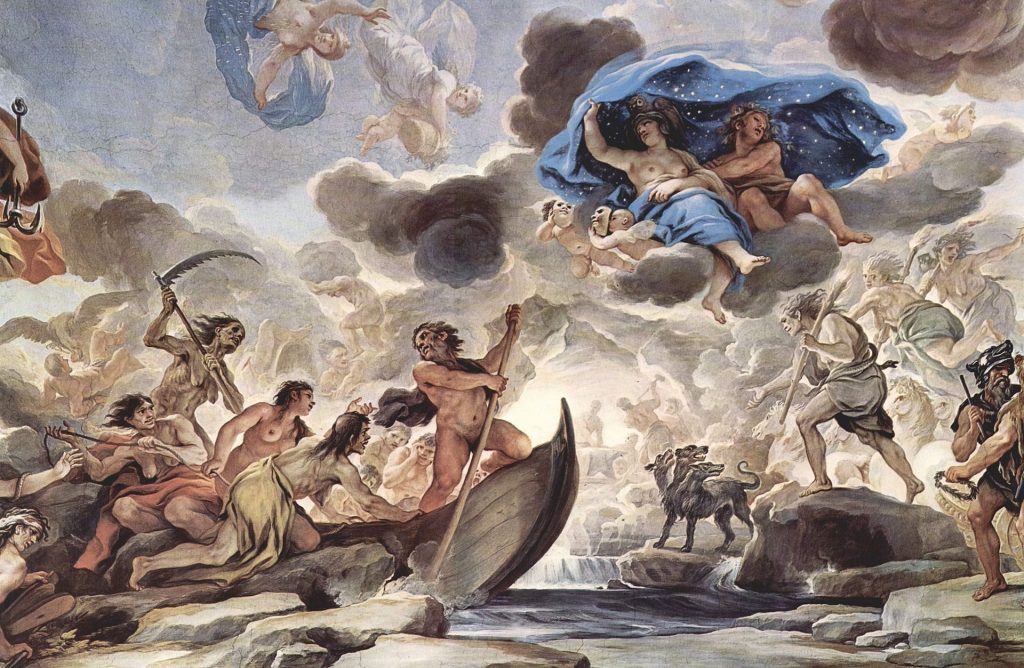 Fresco in the gallery of the Palazzo Medici-Riccardi in Florence: Charon’s boat, the sleep of Night and Morpheus by Luca Giordano (1684–1686)

The Dream World of Morpheus
The place where Morpheus and his family lived was known as the Dream World of Morpheus. Here the god of sleep, his wife and their many children lived. When not appearing to humans in the form of dreams, Morpheus would sleep. A lot. According to the stories, his bedroom was a cave and it was filled with poppy seeds. This was used in ancient times to produce primitive pain killers, which caused drowsiness. The drug morphine is derived from Morpheus.
The only entrance to the world was through the Gates of Morpheus. The River of Forgetfulness and the River of Oblivion, two characteristics of sleep and dreams, were found in Morpheus’ Dream World. The realm of dreams was guarded by two monsters who would appear when any man or god came close to the rivers. However, the Olympian Gods, such as Apollo and Zeus, were allowed to enter the Dream World of Morpheus.
Morpheus: Minor but Powerful
Morpheus was among the busiest of the Gods, as he was constantly forming dreams for men and deities. In most version of the myths, he did not have a partner like most of the other gods, presumably because he was too busy. Some interpretations of the myth have him as the husband of Iris, the goddess of the rainbow and another messenger of the Gods.

Morpheus was one of the minor gods, but he was very powerful. This is because he personified the importance of dreams in life and their often hidden messages and insights. The myth of Morpheus allowed the Greeks and Romans to understand dreams and the role that they play in life. The god of dreams still fascinates writers to this day. A character in Neil Gaiman’s graphic novel, Sandman often assumes the name of the deity, and perhaps most famously, the character Morpheus in the Matrix was inspired by the son of Hypnos.
Facebook