Holding Out For A Hero: Classical Myths to Comic Books

By Spencer Klavan
Quick! Name this fictional character: the long-lost son of super-parents in the sky, fostered by an ordinary human couple to save the earth with his unmatchable strength. 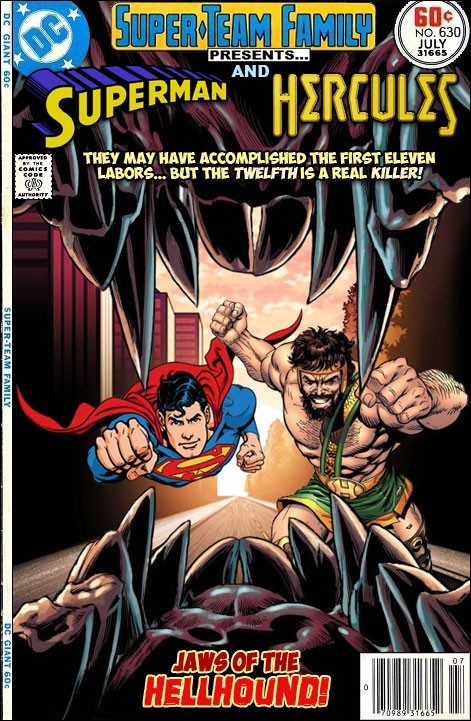 If you guessed Superman, you’re correct. If you guessed the Ancient Greek hero, Herakles, bingo: right again. DC Comics’ Man of Steel is right out of Classical myth, and he’s not the only one. There’s Batman, an ordinary kid turned extraordinary crime fighter, defying the justice system to avenge his murdered father — just like Orestes. There’s Phoenix from X-men and Achilles from the Iliad, two unstoppable renegade live-wires who throw devastating temper tantrums before saving the day in a doomed blaze of glory.
In comic books, Modern America tells the stories Ancient Greece told in hero myths. From Mount Olympus to the DC/Marvel Universe, these stories have endured because we need them. They’re our only way to capture what it means to fight for justice.
Just like the Ancient Greeks, we have canonical, “official” versions of our hero stories with uncontested cultural authority — Jerry Siegel’s and Joe Schuster’s Action Comics #1 is to Superman what Homer’s Odyssey is to Odysseus. And just like us, the Greeks had fan fiction, alternate universes that tweaked the traditional storylines. 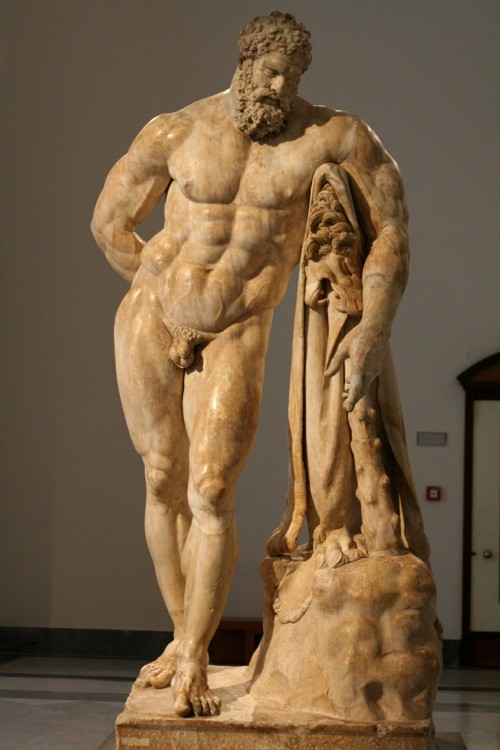 Herakles, for example, had his slightly more commercial Roman spinoff, “Hercules.” Apollonius wrote the definitive iteration of Jason’s adventures, but there was also Euripides’ tragedy (the equivalent of a movie adaptation) and a later epic (something like a remake) by Gaius Valerius Flaccus, each putting a slightly different spin on the original.

The same thing happens to superheroes like Batman and Spiderman, whose stories have been filmed, remade, and rebooted almost beyond recognition. There are reams of fan fiction in which Superman impregnates his girlfriend, takes a gay lover, or even dies. Ancient Greek fanboys, too, cooked up innumerable local legends, retellings, and even cults.
Whether in modernity or antiquity, truly iconic heroes tend to develop passionately invested fan bases who participate in their stories, turning them into hands-on public property. When we really love a hero, we get our hands dirty with him. We make him our own.
So, as enamored as we are of these myths, it’s not because they tell the truth — not literally, at least. We’re not interested in what “actually” happened. Clearly we’re happy to play fast and loose with those details, and anyway it’s all make-believe to begin with: there’s no truly “real” version. What hero myths communicate to us, what we’re so thirsty for, is the reality of a certain experience, the exhilarating and righteous feeling of fighting for what’s right.
The historian Herodotus wrote that he wanted to preserve humanity’s “mighty and marvelous deeds” so they wouldn’t “become faded with time”. Herodotus fudged factual details so he could encapsulate emotional truths, conveying what it felt like to be there. Hero myths do that, too.
“Herodotus of Halicarnassus here displays his inquiry, so that human achievements may not become forgotten in time, and great and marvellous deeds – some displayed by Greeks, some by barbarians – may not be without their glory.” -Herodotus (The Histories)
Of course no one has ever actually flown on a horse, or run through walls, or gutted a hundred-headed dragon: the Greeks knew that as well as we do. But soldiers and freedom fighters like the Spartan general Leonidas are capable of towering acts of valor whose significance we can only convey in metaphors and tall tales. To memorialize that kind of real-life heroism, we have to tell inaccurate but viscerally true stories, to depict Leonidas standing up to an army of millions with three hundred men. We have to tell hero myths. 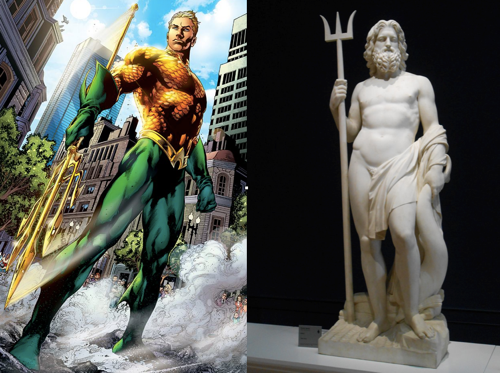 That’s why the perennial impulse to debunk heroes is so misguided. These days, filmmakers in particular love to offer “the real scoop,” smugly invalidating the credentials of famous heroes by showing how it was all a hoax the whole time, how Hercules was just a muscleman with a club. Take Wolfgang Petersen’s Troy or Brett Ratner’s Hercules, realist retellings that erase the gods and giants out of their source material.
This isn’t new either — Euhemerus of Messene made a living tracing myths to their pedestrian origins. It was just as silly then as it is now.
Turning heroes into average joes misses the point. Aquaman and Achilles, the Avengers and the Odyssey — these aren’t stories about what really happened. They were never meant to be. Stripping away their supernatural embellishments to get at some nonexistent “real version” doesn’t reveal the true core of hero myth; in fact, it erases that core entirely. We need myths to help us feel, in our guts, the soaring power of human courage. We don’t need them for their biographical value. Take away Achilles’ godlike strength, and you get a thug with a spear. But give Wolverine back his adamantine claws, and you get a hero: an embodied allegory of the nobility of self-sacrifice. Ancient or modern, that’s something worth preserving.
Facebook