The Glory and the Tragedy of Achilles

The hero of The Iliad, Achilles is the central character and fiercest warrior in Homer’s epic. He is portrayed as being hot-headed, ferocious, and often filled with grief. Achilles as the mournful warrior is a theme that Homer recounts several times during the course of The Iliad. Combining the nature of a grieving Achilles with his supposed immorality and unrelenting rage on the battlefield makes for a complex and deeply human Greek hero.
But where did this larger than life character come from? 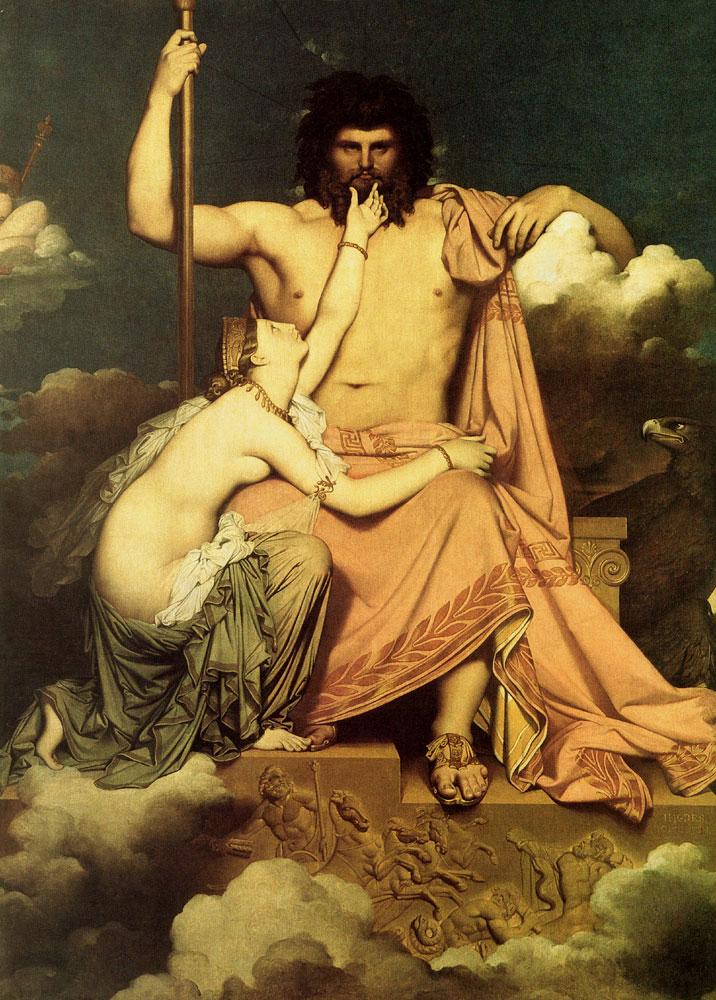 Achilles was supposedly the son of the water goddess, Thetis, and the mortal king Peleus. Achilles’ mother is a recurring character in The Iliad and she attempts to aid her son in numerous ways. While Homer makes no reference to Achilles as an immortal; other variants of the stories, written by the Roman poet Statius, describe how Thetis held her infant son by the heel and dipped him in the river Styx to grant him everlasting life.
As a young man Achilles was reared by the centaur Chiron, who was said to be kind, wise, and knowledgeable in the ways of medicine. While a disciple of Chiron, Achilles fed on the innards of lions and wild swines. In The Imagines, a work written by the Greek poet Philostratus of Athens, Chiron is said to have told the young Achilles:
“For although you have been taught by me thus gently the art of horsemanship, and are suited to such a horse as I, some day you shall ride on Xanthus and Balius; and you shall take many cities and slay many men.”
Xanthus and Balius were the names of the two horses that would drive Achilles’ chariot into battle. This prediction by Achilles’ teacher would be fulfilled within the pages of The Iliad. 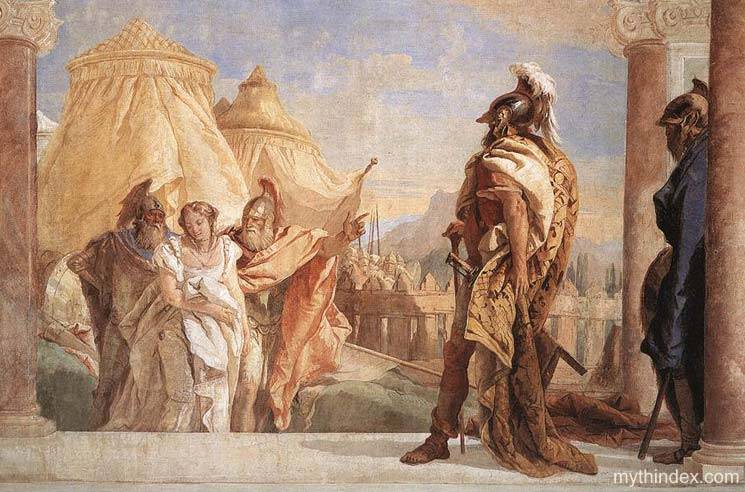 At the onset of Homer’s epic, we learn of the wrath of Achilles as he retreats from battle, insulted by Agamemnon, commander of the Achaean forces. Agamemnon has taken the woman Briseis, whom Achilles views as his rightful trophy of war, a battle conquest. (It is later revealed that Achilles actually loves Briseis, and is distraught to see her taken from him.)
Of course this sting from Agamemnon makes Achilles enraged and filled with wrath, which is the perpetual theme in the story. Achilles demonstrates his anger as he withdraws from the campaign, even as the Achaean forces lose hundreds of lives at the hands of the Trojan army and their hero, Hector.
Then Achilles’ mother, Thetis, decides to help in an usual manner. She convinces Zeus to favor the Trojans, and indeed, the tides of war shift against the forces of Agamemnon. Agamemnon soon learns that his losses are caused by dishonoring Achilles, and therefore sends Odysseus to convince the great soldier to return to battle.
At this point Achilles has become reflective, caught up in his own grief. He seems torn between attaining glory on the battlefield or living a long life in the land of his fathers. As Odysseus tries to persuade him, Achilles states:
“For my mother the goddess, silver-footed Thetis, tells me that twofold fates are bearing me toward the doom of death: if I abide here and play my part in the siege of Troy, then lost is my home-return, but my renown shall be imperishable; but if I return home to my dear native land, lost then is my glorious renown, yet shall my life long endure, neither shall the doom of death come soon upon me.”
Achilles is determined to leave Troy and return home, and attempts to convince his troops to depart with him. While he is caught in a state of uncertainty, Hector and the Trojan army have pushed the Achaean forces to the beaches and have threaten to destroy them entirely. 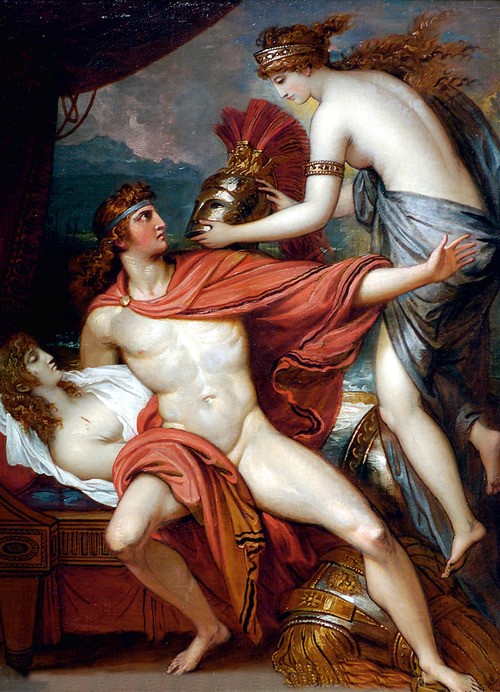 Facing complete annihilation, it is Achilles’ closest companion, Patroclus, who leads the Achaean forces against the Trojans… all while wearing Achilles’ armor. Achilles, himself, remains in camp while Patroclus fights valiantly, killing many Trojans while under the guise of his great, god-like friend. However Patroclus is unable to lead a successful siege against Troy. He is killed in battle by Hector, who is aided by the god Apollo.
Achilles is thrown into a state of deep mourning for his lost companion, whom he loved more than any other. Achilles laments the death of Patroclus when he states:
“I sat by the ships, a useless burden, though there are better in Assembly, so may this strife of men and gods be done with.”
Achilles’ mother, Thetis, comes to comfort her son. She convinces the god Hephaestus to craft a new shield and set of armor for her son. Achilles, now filled with rage and revenge, returns to battle to seek the death of Hector.
The wrath of Achilles is unable to be contained. He slaughters many Trojans in pursuit of his determined enemy, Hector. Achilles even fights the river god Scamander, who has become angered by the number of bodies that are choking his river. With the help of the gods Hera and Hephaestus, Achilles defeats the river deity and continues his pursuit of the Trojan prince.
The combat between Achilles and Hector has been retold in innumerable ways. The Iliad says that Achilles confronts Hector while in battle outside the walls of Troy. Hector turns and runs from the enraged warrior and circles the walls of Troy three times with Achilles in pursuit. Then the goddess Athena takes the form of Hector’s brother, Deiphobus, and convinces Hector to turn and face Achilles.
Hector swings to challenge the charging Achilles. The prince of Troy realizes that he has been tricked and that the wrath of Achilles cannot be quelled. Hector lunges at his opponent with his sword, but is quickly killed at the hands of Achilles.

As Hector dies, Achilles recounts his hatred for the Trojan. He declares, “my rage, my fury would drive me now to hack your flesh away and eat you raw – such agonies you have caused me”.
Achilles further demonstrates his enmity for Hector by tying his body to the back of his chariot and dragging it around the walls of Troy.
It is not until Priam, Hector’s father, pleads with Achilles, that Hector is given funeral rites. The Iliad ends with the funeral of Hector; the downfall of Troy is soon to come.
—-
“The Glory and the Tragedy of Achilles” was written by Van Bryan
Facebook