The first mistake many make when discussing the hero Ajax and his role in the Trojan war, is that they fail to realize that there are actually two men named Ajax. We are undoubtedly familiar 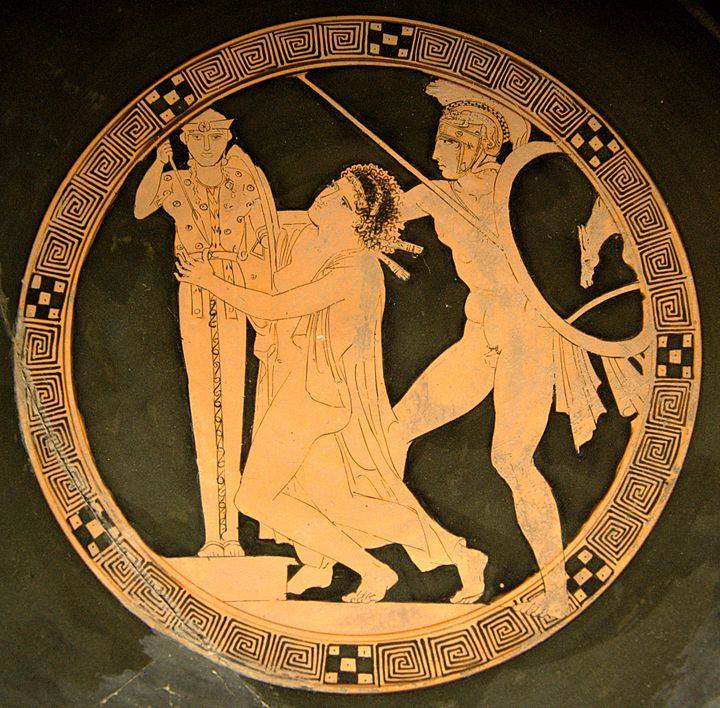 with Telamonian Ajax, king of Salamis who would throw himself on his sword whilst under the weight of public shame. He is sometimes referred as “Greater Ajax” or “Ajax the Great”. This man was considered one of the largest and most ferocious Greek warrior of The Iliad; the one who would recover the corpse of Achilles after the fall of Troy. And while both Ajaxs eventually meet a tragic end; Ajax the great is often remembered with remorse, even respect. When we consider the fate of Ajax the lesser, the general consensus is… ‘he had it coming to him’.
Ajax, son of Oelius, was the king of Locris and the commander of the Locrian contingent during the Trojan war. He is referred to as “Ajax the lesser” in order to distinguish him from the intimidating Ajax the great. It has often been suggested that the name “Ajax the Lesser” also refers to his deficient moral character, as he is accused of a rather heinous crime according to some writers.
It was said that when Ajax the lesser arrived at Troy, he demonstrated himself as a capable warrior. Along with his men, Ajax killed many Trojan warriors and was considered to be the swiftest of all soldiers, second only to Achilles himself. Ajax was present at the funeral of Patroclus where he is described by the sophist Philostratus as possessing an unwavering sense of alertness. Ajax the lesser would compete in the funeral games of Patroclus, attempting to best Odysseus and Antilochus in a foot race. While the hero was swifter than either man, he had gained the hostility of Athena who made him trip and fall during the race, allowing Odysseus to win first place. 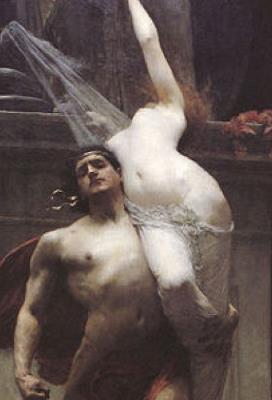 It is during the fall of Troy that Ajax encountersCassandra, the daughter of King Priam, who has taken shelter in the temple of Athena. Cassandra clutches to a statue of Athena, praying desperately for protection. Ajax grabs Cassandra and drags her away from the other captives. In The Taking of Ilios, by  Tryphiodorus, it is said that Ajax rapes Cassandra within the temple and thus gains the hatred of the goddess Athena.
Accused of this terrible crime, the Greeks attempt to kill Ajax so as to appease the angry goddess. Claiming his innocence, Ajax takes refuge in a temple of an unknown deity. Fearing more divine hatred if they were to kill a man inside a holy temple, the Greeks allow Ajax to live and leave Troy without him. Despite the numerous sacrifices the Greeks offer, Athena remains furious with the man who defiled her temple and her supplicant in such an unforgivable way.
When the hero does finally leave Troy, he at last becomes vulnerable while traveling at sea. Athena strikes his ship with a thunderbolt, setting it ablaze, and Ajax is forced to abandon his ship as it sinks beneath the Aegean. Now lost at sea, Ajax clings desperately to several protruding rocks as his ship slowly sinks in the distance.Philostratus describes the scene…
“The rocks rising out of the water and the boiling sea about them, and on the rocks a hero glaring fiercely and with a certain proud defiance toward the sea” -Philostratus (Imagines Book 2)
Despite his grim circumstances, Ajax remains defiant of the gods and of his own fate. He boasts that he is unable to die and that even the all mighty gods can do nothing to kill him. 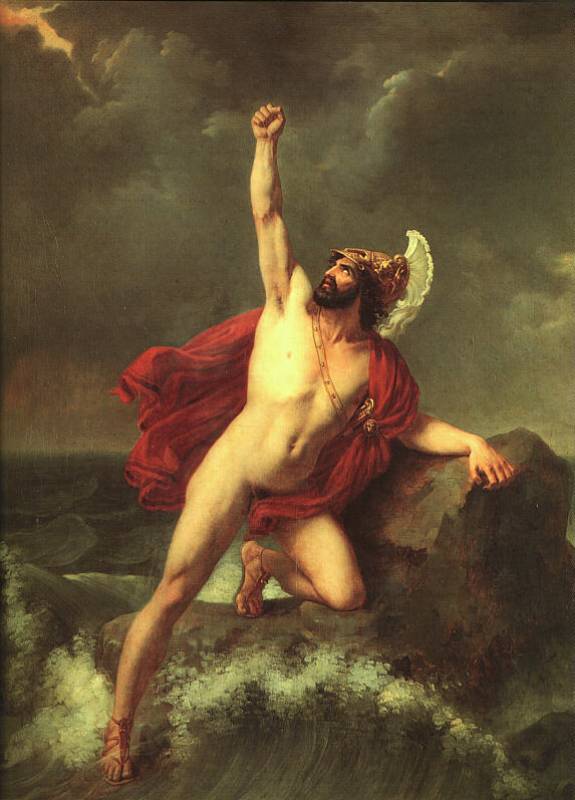 Poseidon hears this boastful claim and becomes enraged with the mortal clinging to the rocks. Poseidon approaches Ajax, desperately clinging to life, and strikes the rocks with his mighty trident. Ajax is cast off of the stones and drowns beneath the Aegean, a punishment for his defiance and his disrespect.
“Ajax gazes out over the sea like a man emerging from a drunken sleep, seeing neither ship nor land; nor does he even fear the approaching Poseidon, but he looks like a man still tense for the struggle; the strength has not yet left his arms, and his neck still stands erect even as when he opposed Hector and the Trojans. As for Poseidon, hurling his trident he will dash in pieces the mass of rock along with Ajax himself…” -Philostratus (Imagines Book 2)
Facebook