Julius Caesar: Legend Borne Out of a Lifetime of Adversity | Classical Wisdom Weekly 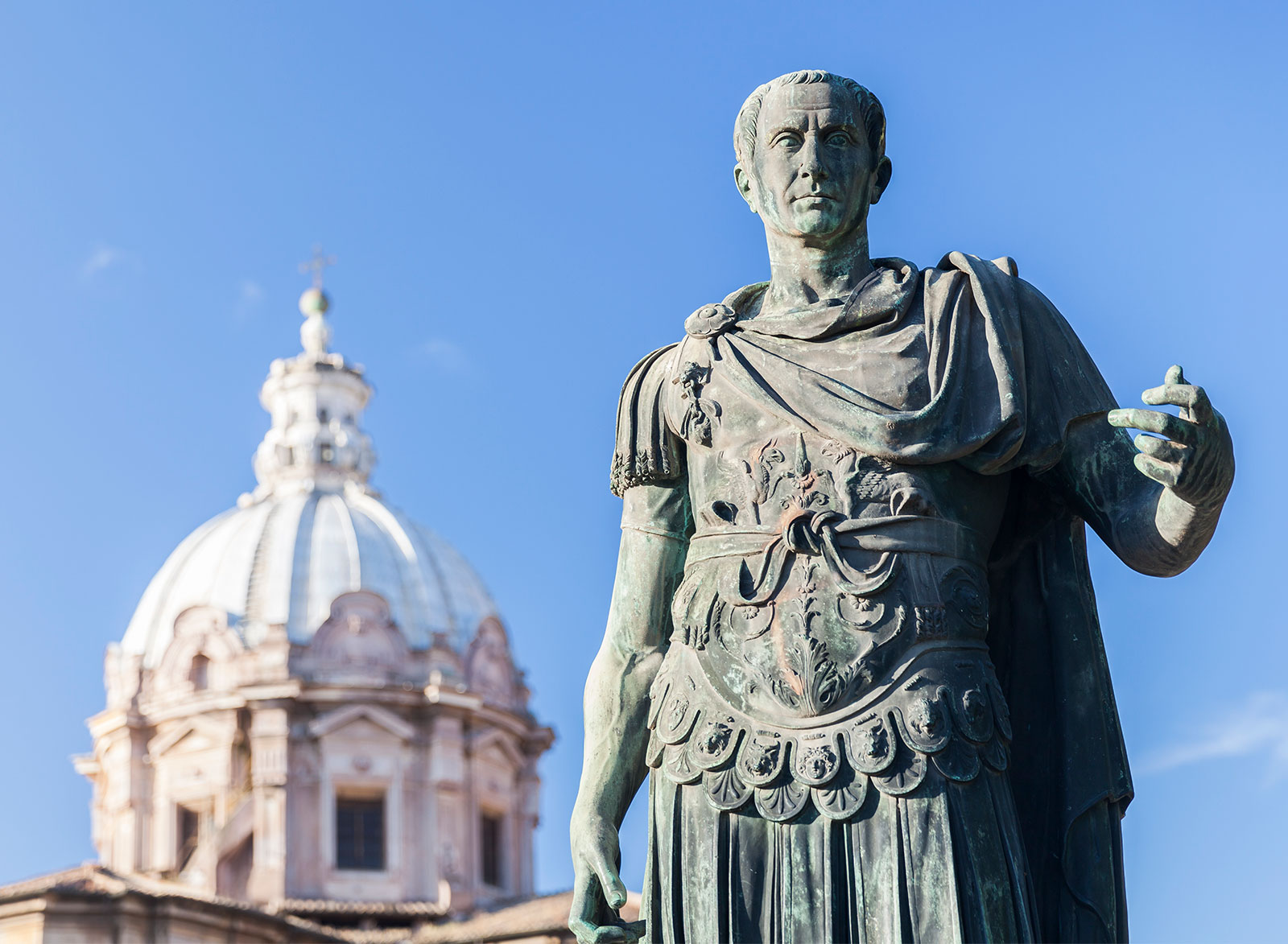 Julius Caesar: Legend Borne Out of a Lifetime of Adversity

Written by Ash G, Contributing Writer, Classical Wisdom
“Smooth seas don’t make good sailors” is a clichéd term but a very underrated statement, nonetheless. It is often said that something great is on the horizon when everything is going downhill. When life is pulling an individual back, it is often preparing to catapult them to greatness. The cross-section of Julius Caesar’s life has the potential to instill a greater appreciation for adversity in people.
Even from early adulthood, Caesar faced a very real possibility of death after his uncle Marius’s rival, Sulla, became the leader of Rome. He was executing everyone remotely linked to Marius. Young Caesar was forced to leave Rome and live off in exile for some time until Sulla was lobbied to pardon him.
He came back to Rome as a poor man, as even though he was able to keep his head intact on his neck, all his personal and ancestral belongings were confiscated. This would prove to be one of the basic dynamics that will haunt him for his entire life, and at the same time, drive him to attain the legendary status in history.

Statue of Julius Caesar on Via dei Fori Imperiali in Rome.

Yes, his prime motivation to go on to that daring suicidal-cum-genocidal conquest of Gaul was to pay off his debt that he had been taking all his life to compensate for the losses of his properties. If not, he faced imprisonment at home.
His second-biggest source of adversity was his relationship with his peers; or, more aptly put, his enemies. Because, as it would turn out, almost everyone was his enemy.
Maybe he didn’t know the art of diplomacy. It created bundles of hurdles for him everywhere he went but indirectly helped him ascend to the status of the most powerful man in Rome.
He had many enemies. He was hated and mocked with almost everything he did. An individual would obviously get pissed off if he’s called “every man’s woman in Rome.“ He was rumored to have been in a homosexual relationship with the King of Bithynia. “Queen of Bithynia,” they would call him in Rome.
These kinds of allegations were fairly common in ancient Rome as a political tool, but Caesar’s reaction made it far worse. He vehemently denied these rumors. He would go to great lengths to prove he was the “ladies’ man in Rome.” He would humiliate his accusers like Cato by sleeping with their sisters and disclosing their love letters in public. This would earn him ever-green enemies in the Senate of Rome, who would ultimately give him no option but to declare war on the Senate after his term as Governor of Gaul and his alliance with Pompey ended.

Vercingetorix throws down his arms at the feet of Julius Caesar, Lionel Royer (1852-1926). The painting depicts the surrender of the Gallic chieftain after the Battle of Alesia (52 BC).

He was ordered by the Senate to come back to Rome as a private citizen and face justice for his illegal warfare and numerous other crimes. He again faced imprisonment or death. He was thus forced to choose to go back to Rome on the head of his army; a move that many at Rome translated as yet another criminal act.
But the “the die was cast” for Caesar. Sometimes our adversities make the decisions for us. This decision would kick-start a series of developments in the form of civil war that would result in Caesar becoming the most powerful man in Rome.
During the civil war, most of his trusted lieutenants and allies would leave him to join the Senate. Marcus Brutus, who he considered to be his son, and Titus Labienus, his most celebrated cavalry commander, both turned against him. Although he was able to defeat his enemies during the civil war and pardoned those who he considered as friends, his difficult relationship with his peers would not subside throughout his life.

Caesar wasn’t raised to become a military genius by birth like Alexander the Great. Yet, arguably, he surpassed the glory of Alexander. He was a scared man running from one part of the world to another from his creditors as well as his political, judicial, and personal enemies who were constantly at his throat.
Caesar reportedly used to ponder how he had wasted his entire life when he used to look at Alexander the Great’s statues because, unlike Alexander, he only got his first major military command when he was at the ripe age of 40. For the most part of his life, he himself didn’t know that he was destined to change the very history of Western civilization.
In hindsight, if Caesar was with us today, he would tell us how his adversities made him the legend he is. He would also tell us that destiny has its mysterious ways. The adversities he initially wished weren’t a part of his life eventually led him to unprecedented greatness. As Marcus Aurelius would say, “the impediment to action advances action, what stands in the way becomes the way.” Julius Caesar, in hindsight, would have been appreciative of the difficult life he lived.
Facebook