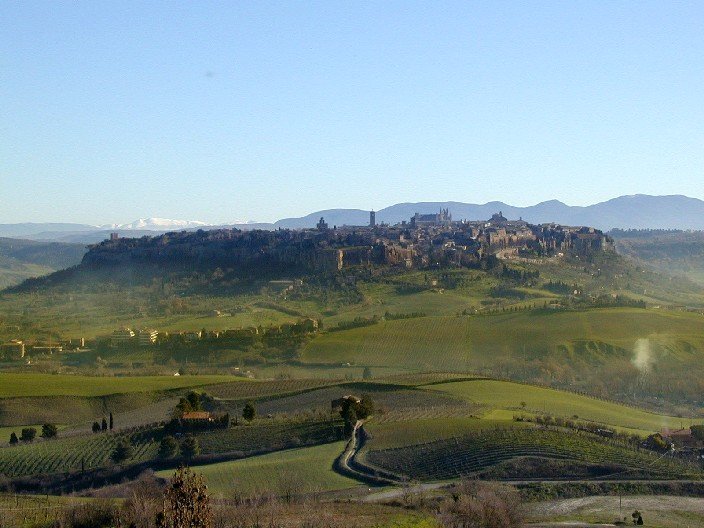 Musonius Rufus was born sometime before 30 A.D. to an Etruscan family in the town of Volsinii. Considered one of the great Stoic philosophers, some modern scholars refer to Musonius as “the Roman Socrates”, as Musonius, like Socrates, did not leave any writings of his own. Instead we only have reports of his lectures, dutifully transcribed by his students.
Another, more tragic, likeness of Socrates is that Musonius is said to have been executed sometime before 101 A.D. The story surrounding his death claims that while he was chained up in prison, a friend came to him inquiring about how he might secure his release. Musonius thanked his thoughtful friend, but ultimately refused assistance.
His friend is said to have replied, “Socrates the Athenian refused to be released by his friends, and consequently went to trial and was put to death.” 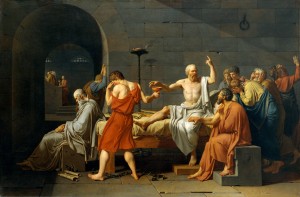 To this, Musonius countered, “Socrates was put to death because he did not take the trouble to defend himself, but I intend to make my defense.”
Unfortunately Musonius’ defense must not have been successful because he was indeed executed. It is important to point out though, that this could be a myth; the authenticity of his execution is sometimes questioned.
Let’s look at, therefore, what Musonius did in his life, rather than his supposed demise. It is in a work titled Discourses, a collection of Musonius’ philosophical opinions gathered by his students, where we find this ancient philosopher’s more progressive and ethical thoughts.
Here Musonius claimed that inclination toward virtue is inherent in all of us and that we are all born with this predisposition. It states “…We can live our lives free from error and nobly; not that one can and another cannot, but all”.
Musonius continues to clarify that it is not just the philosopher who is expected to act virtuously, but that, instead, we all have the capacity to be virtuous. “…But in the conduct of life it is no longer only the philosopher whom we expect to be free from error, though he alone would seem to be the only one concerned with the study of virtue, but all men alike, including those who have never given any attention to virtue”. 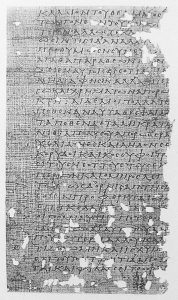 For Musonius, this is evidence enough to proclaim that human beings are all born with a desire toward virtue. As further proof, Musonius states that every man, if asked, will claim to have virtue. He postulates that no man will confess that he is not good or temperate or unjust or stupid. This means that instead of wanting to be bad, our everyman illustrates, “an innate inclination of the human soul toward goodness and nobleness…”.
Furthermore it is in our advantage to be good and to possess virtue. For this reason, Musonius proceeds “…Some of us deceive ourselves into thinking that we are really good, while others of us are ashamed to admit that we are not”.
No one boasts that they are skilled in the art of gymnastics or in playing the lyre if they have not had some teacher or formal training in this discipline. But, at the same time, everyone is quick to proclaim that they are good and just and temperate… even though they have never studied virtue!
This, Musonius asserts, is confirmation that no other skill is natural to man, “whereas an inclination toward virtue is inborn in each one of us”.
Because everyone has a natural propensity toward virtue, and because everyone is concerned with being just, temperate, self-controlled, courageous, and wise, Musonius believes that everyone should study philosophy.
“If you ask me what doctrine produces such an education, I shall reply that as without philosophy no man would be properly educated, so no woman would be”.
In this single quote we can see that Musonius believed in an education of philosophy for everyone, women included. It should be stated here that during the time of Musonius, equality between men and women was rare, especially in regards to education and even more so in regards to the education of philosophy.
Nonetheless, Musonius cites several important reasons why women, too, should study philosophy:
“Moreover, not men alone, but women too, have a natural inclination toward virtue and the capacity for acquiring it, and it is the nature of women no less than men to be pleased by good and just acts and to reject the opposite of these. If this is true, by what reasoning would it ever be appropriate for men to search out and consider how they may lead good lives, which is exactly the study of philosophy, but inappropriate for women?”
If a woman is supposed to be just, loyal, self-controlling, free from greed, free from anger, free from arrogance, shouldn’t she study philosophy? How is a woman supposed to obtain all of these virtues and more, without ever being educated?
For this, Musonius held that through the study of philosophy, we could all learn to live virtuous lives. While his more famous Greek counterpart Socrates may or may not have agreed with Musonius’ views on educating women, the two philosophers would most likely have seen eye to eye on this last point – the study of philosophy can make us better people.
“The Roman Socrates” was written by Jacob Bell
Facebook