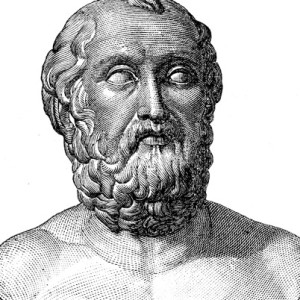 “And first he will see the shadows best, next the reflections of men and other objects in the water, and then the objects themselves, then he will gaze upon the light of the moon and the stars and the spangled heaven…. Last of all he will be able to see the sun”
Plato is often remembered as something of a philosopher king. His works were so extensive and so insightful that it is impossible to mention ancient Greek philosophy without also mentioning the likes of Plato. Born into Athenian aristocracy and wealth, it was said that his father could trace his lineage back to one of the first kings of Athens . Naturally he was granted the best education money could afford, an education that had him cross paths with the brilliant Socrates.
Plato was a student of Socrates’ and would later use his mentor as a character in several of his famous dialogues. When Socrates was executed in 399 BCE, he left no writings of his own. Plato took it upon himself to preserve the thoughts of Socrates in his own writings. For this reason it is difficult at times to unravel which ideas are Plato’s and which are Socrates’. However by carefully analyzing the extensive works that Plato left behind we begin to gain a clearer image of what type of Philosopher he really was.
Plato at first concerned himself with ethics, much the way Socrates commanded Athens to reexamine their pre conceived notions. In early dialogues such as The Euthyphro Plato examines, through the voice of Socrates, the nature of Piety and the role that the gods play in the lives of mortals. In later dialogues such as The Meno and The Phaedo Plato continued to develop his philosophy by examining the nature of virtue, learning, and the state of the immortal soul.
In The Republic, the dialogue that is largely considered to be the most significant of Plato’s work, the philosopher makes a foray into 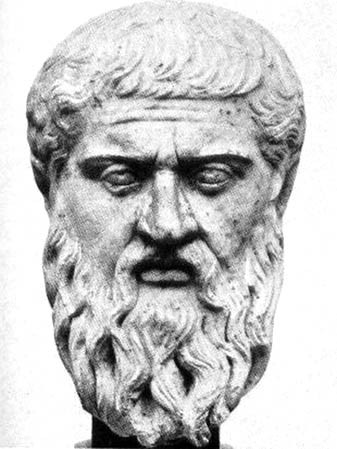 political philosophy as he constructs a hypothetical civilization founded on wisdom and human flourishing. However, to say that this is all Plato accomplishes within the pages of The Republic would be to deny the numerous other philosophical contributions that can be found in what is often considered the most important philosophical text of western civilization.
Within The Republic, Plato manages to construct theories on ethics, politics, epistemology, and the nature of the human soul, all of which are supported by a series of eloquent and thorough logical arguments. Plato does all this while sewing a narrative that is enlightening while being unceasingly entertaining and engaging. It is for this reason that The Republic is often regarded as a milestone in the development of western literature as well as philosophical thought.
Plato would found The Academy, an institution of higher learning within Athens. As an educator, Plato gathered an impressive group of followers, including the brilliant Aristotle. The man would die in the year of 347 BCE, at the ripe old age of eighty. He would be remembered as one of the most influential, if not the most influential, of western thinkers. Plato’s contributions to philosophy were so extensive that it was once said that any later work in the realm of philosophy was nothing more than a footnote on the works of the great philosopher Plato.
to learn more about Plato follow these links
-Classical Wisdom Standoff: Epistemology of Plato and Aristotle (part 1)
-Classical Wisdom Standoff: Epistemology of Plato and Aristotle (part 2)
-The Mystery of Plato’s Atlantis (part 1)
-The Mystery of Plato’s Atlantis (part2)
-The Probing Philosopher Kings
Facebook