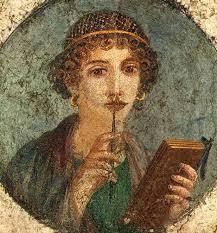 Born on the island of Lesbos around 630 BCE, this date is often disputed, surprisingly little is known about the life of this beloved poet. The only reliable source of biographical information about Sappho comes from her own poetry. However it is often disputed if her writings were actually auto biographical in nature. Additionally much of her writing has been lost to the ages. This leaves us with little to no verifiable evidence about who this woman was.
Still, her name has survived and her reputation as a gifted lyrical poet with it. She wrote extensively about love and passion for all peoples and for both sexes. She describes extensively emotional love between women and occasionally would write about sexual acts between women. These discoveries have lead to the assumption that Sappho was sexually attracted to other women. The term “lesbian” derives from the name of her homeland “Lesbos” and the term “sapphic love” is derived from the poets own name. We may never know for sure if Sappho loved women, the love for women described  in her poetry may have been entirely fictional. But given that she is believed to have written of her life in other fragments, this seems unlikely. 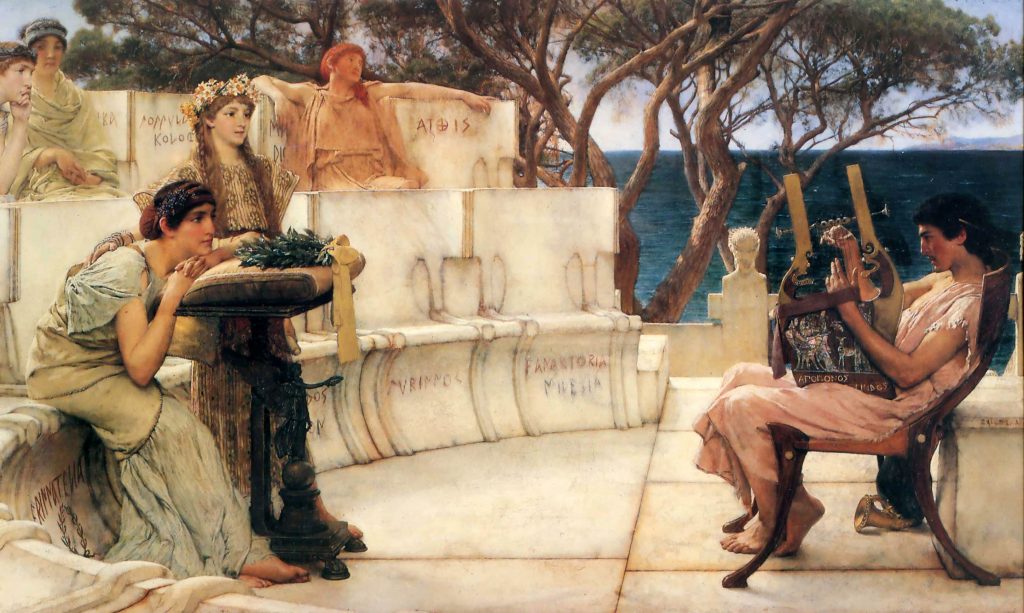 All of these conclusions have been drawn from various scraps of poetry that have been attributed to Sappho. And they really are ‘scraps’. All of the surviving works by Sappho are partially destroyed, save for Hymn for Aphrodite. Her poems are actually categorized as fragment 1- fragment 213. These fragments have been attributed to several books that the poet is believed to have authored during her career as a lyrical poet.

Even though very little of her work has survived, from what remains we can determine that Sappho was extraordinarily talented. She possessed a clarity of language and simplicity of thought that creates images that are sharply defined and beautifully constructed. She was admired by other poets of her time. The philosopher Plato wrote of her in the Anthologia Graeca, a collection of ancient poems by esteemed writers, when he states:
“Some say the Muses are nine: how careless!Look, there’s Sappho too, from Lesbos, the tenth.”
While much of her work has been lost, we still maintain enough poetry from Sappho to appreciate her skill as a poet and her importance as an ancient writer.