No one knows exactly when the Greek poet Homer lived. Herodotus, the father of history, guessed around 850 BC. Other ancient sources proposed that he was conjuring up transcendent imagery as early as the 12th century BC. Modern researchers, however, appear to place Homer in the 7th or 8th centuries BC.
The dates, as you can see, vary wildly. All we do know is that his compositions are considered the oldest works of western literature and have had an enormous and incalculable influence throughout the history of the written word.

Homer as imagined in the Hellenistic period

But the “Homeric Question” goes deeper than just dates… Historians aren’t even sure he existed at all. His works may be the culmination of generations of storytelling, all grouped under a fictitious name and nothing else. Could one man have written both The Iliad and The Odyssey?
At the same time, the stylistic similarities between the two mammoth stories are overwhelming, suggesting that, yes, it was the result of single author. But to throw another wrench into the mix, most scholars agree that the books underwent a process of standardization and refinement in the beginning of the 8th century BC. Any wonder then that the styles were so similar…
We also can’t be certain that Homer was even a man, presuming he or she once lived. Samuel Butler, an important 19th century translator, argued that based on literary observations, it was a young Sicilian woman who wrote The Odyssey… but interestingly enough, not The Iliad. 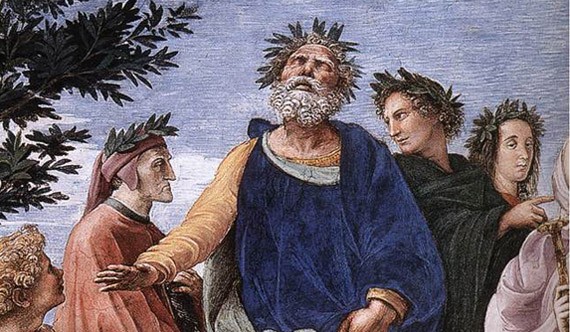 So what do we know about Homer? How are we to learn anything about this ancient poet, if he or she did indeed walk this earth? Where do the clues lie to this ancient puzzle?
The answer may be obvious: We have to look at the poetry itself and piece together what we can. Unfortunately most of us do not have the time, nor the ancient greek skills to delve into the mystery ourselves…
For this reason, Classical Wisdom Weekly spoke with Ancient Greek expert A.P. David for insights into who Homer was and how we can better understand the monumental works of The Iliad and The Odyssey. A scholar and a gentleman, A.P. David also presents some alternative views on the subject… ones that might make you question everything you thought you knew about the epic poet and his (or her) writings.
Click on the play button to watch the video:
Facebook