The Most Unbelievable Deaths of the Ancient World | Classical Wisdom Weekly 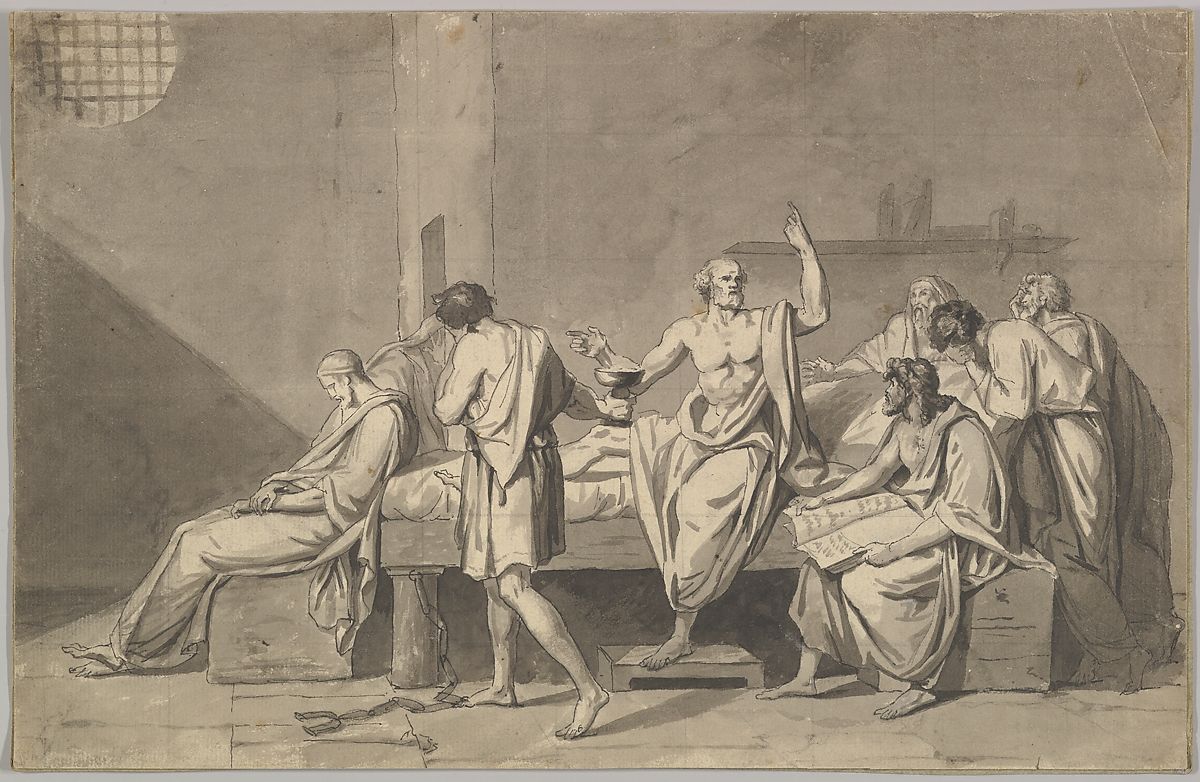 The Most Unbelievable Deaths of the Ancient World

Written by Visnja Bojovic, Contributing Writer, Classical Wisdom
Never have I thought as much about how difficult being a judge must be, as when I was completing this difficult task of choosing only a few among the cornucopia of surprising and absurd deaths attested by ancient sources!
A lot of things in our lives revolve around death. Paradoxically, it is one of the most important parts of life. The most powerful thing about it is the fact that it strikes everyone. It doesn’t matter how rich or handsome or intelligent you are – we are all heading towards the same destination. Only a few of us, however, get to be laughed at by Grim Reaper from Horrible Histories. For those of you who don’t know, it is a segment of this brilliant show (called “Stupid Deaths”) in which Grim Reaper works as the receptionist for entering the Afterlife. He asks every person for the reason of their death and then makes fun of its absurdity.
I am confident that this list would make our Grim Reaper seriously entertained. So, let’s get down to it!

As we all know, ancient Greece had three great playwrights of tragedy: Aeschylus, Sophocles, and Euripides. The first among them, the father of tragedy, was Aeschylus. Besides writing plays that are still performed and used as a source of inspiration to this day, he also fought in important battles, such as the Battle of Salamis and the Battle of Marathon, during the Persian wars.
A little less known fact, however, is that the cause of this great tragedians’ death was a falling turtle! Allegedly, Aeschylus was killed (following an oracle) when an eagle dropped a tortoise on his head. Ironically, that story would make a great fit with his depiction of destiny’s inevitability and unpredictability.

When we hear the name Draco, the first association (after Draco Malfoy, for sure!) is Draco’s code, a set of laws by this Athenian lawmaker which was so severe that we still use the word draconian for laws that are extremely and often unnecessarily severe. What we don’t get to hear often is that according to Suda (a Byzantine encyclopedia of the ancient Mediterranean world) Draco died by suffocating in the huge amount of hats and cloaks that his supporters threw at him!

Empedocles was one of the pre-Socratic philosophers. This Pythagorean who came up with the four-element theory was quite an interesting man. He claimed to be a daimon, an immortal being that was punished with countless reincarnations for eating meat. However, convinced that he had achieved the perfect human state, he claimed that he was to be reincarnated as an immortal.
There are a couple of stories about Empedocles’ death, but the most interesting one is described by Diogenes Laertius. According to this story, he died by jumping into an active volcano, Mount Etna. Allegedly, he wanted to prove to be a God by disappearing and making everyone think he had been removed from the Earth.

Chrysippus was one of the greatest stoics of all time. When his teacher Cleanthes died, he formed the philosophical school of stoicism that is known to us today. Moreover, he was a very fruitful author, believed to have written 705 works.
There are two stories concerning the death of this great philosopher, given by Diogenes Laertius. According to one, it was due to dizziness caused by drinking undiluted wine. According to the slightly more interesting one, he saw a donkey eating figs and exclaimed, “Now give the donkey a drink of pure wine to wash down the figs”, after which he died in a fit of laughter.

We have probably all heard of the mysterious Pythagoreans and their peculiar teacher Pythagoras. It is believed that among many other unbelievable things said about Pythagoras, he had ridiculously strict rules about everything (such as the rule of which shoe should be put on first!). One of the most famous rules was the prohibition of eating beans. According to one story found in Diogenes Laertius’ writings, Pythagoras, while running away from his enemies, stumbled upon a field of beans, refused to go over it because it was against his teaching, and died.

Antiphanes is known as one of the most important writers of Middle Attic comedy. We don’t know much about this playwright whose works are preserved only in fragments. However, we do have a Suda’s account of his death, according to which Antiphanes died after being struck by a pear. Still better than a turtle, though!

Marcus Licinius Crassus was a Roman general that was a member of the famous triumvirate together with Caesar and Pompey. He was famous for his wealth, which was the strongest reason for being invited to be a member of the triumvirate in the first place. Unlike the previously mentioned guys who didn’t see it coming, the way Crassus was executed was closely related to his vices.

After entering a huge conflict with Caesar, Crassus parted intending to conquer Parthia but was defeated by the Parthian king Orodes II. According to the legend, Parthians’ way of executing him was pouring molten gold down his throat as the response to his insatiable desire for wealth!

Human, All Too Human

Almost all these men contributed their wisdom and artistry to various areas of life. It is known how much we owe to Pythagoras when it comes to math, or to Aeschylus when it comes to tragedy, or to Chryssipus and Empedocles when it comes to philosophy. However, we have to admit that there is some comfort in learning that these men were human after all. Whether the tales of their deaths be entirely accurate or not, it is fun and humbling to be reminded that there is no genius that can prevent a pear from falling on your head!
Facebook