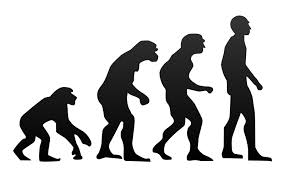 When we hear the word evolution, we almost immediately think of Charles Darwin. After all, Darwin came up with the theory of evolution, didn’t he? Well, yes… kind of. He certainly popularized the theory of evolution by natural selection, but the roots of such a theory can be found in ancient Greece.
A very general use of the term evolution refers to a particular order of change or growth within the natural world. While this term didn’t quite have an equivalent in ancient Greece, the concept behind the term was developed by a number of Greek and Roman philosophers. Namely Anaximander, Empedocles, and Lucretius. 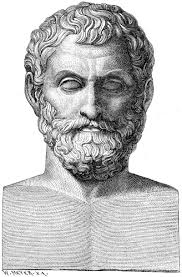 Anaximander laid out a theory of evolution more than 2,000 years ago. As we will come to see, this theory sounds eerily similar to the modern concept of evolution. Anaximander was the second philosopher of the Milesian school, coming after Thales and before Anaximenes. Anaximander’ teacher, Thales, predicted an eclipse which modern astronomers say took place on May 28th, 585 B.C.E. We can use this historical event as a marker, thereby placing both Thales and Anaximander in this time period.
Anaximander was a philosopher, scientist, and involved himself in politics. He is credited with creating a map of the Black Sea. Like Thales, Anaximander searched for the fundamental substance of the world. He came to the conclusion that the fundamental substance could not be any one type of matter, and so the primary substance was indeterminate. Anaximander held that the earth was not a disc, but rather a short cylinder, and that the world was formed by a vortex movement of elements.
The most interesting of his theories, however, is his early theory of evolution. Anaximander believed that life began in the sea, and that by some type of adaptation to the environment, animals evolved into what they are today. He believed that the human species must have been born out of other animals, because we are far too vulnerable and reliant during infancy, and we could not have survived otherwise. 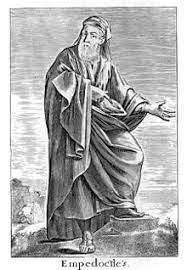 Coming onto the scene about a century after Anaximander, living from 495 B.C.E. to 435 B.C.E., Empedocles also had a theory of evolution. It is a very strange theory that we will get to in a moment… Empedocles believed that the universe was composed of four fundamental elements; earth, air, fire, and water. These elements were influenced by two forces that we might refer to as attraction and repulsion, which caused an interplay of elements that formed the universe.
Now it gets weird… Empedocles believed that through this interplay of forces on elements, the earth gave rise to its inhabitants. For Empedocles, the first living beings were some type of disembodied organs. They were monstrous creatures, which through the ongoing process of attraction and repulsion, evolved into the creatures we observe today. 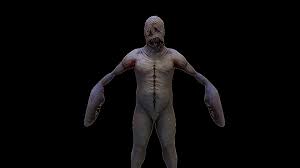 Creepy monster of early evolution according to Empedocles and Lucretius…

While this is a strange theory of evolution, positing monsters and all, it actually isn’t that weird when we look past the details. Overall, Empedocles developed a theory of evolution that consisted of natural elements being acted upon by natural forces to create the world that we know today. Underneath all the monsters and disembodied organs it sounds a lot like our modern scientific theory of evolution by natural selection.
Lucretius, living from 99-55 B.C.E., also argued in favor of a theory of evolution. Lucretius laid out his evolutionary theory in his poem titled On the Nature of Things. He followed his predecessors by claiming that the earth gave birth to its creatures through a combination of elements. For Lucretius, the force that is responsible for life’s creations is chance. 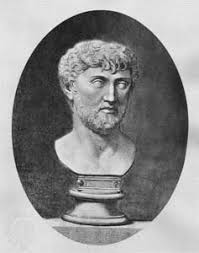 In keeping with the strangeness of Empedocles, Lucretius claimed that a type of natural selection caused monster-like creatures to die-off, and that the creatures which survived did so due to their capacity for strength, speed, or intelligence. Lucretius parted with Anaximander by claiming that a land animal could not evolve from a creature of the sea, and he was skeptical that one species could evolve out of another.
In sum, these three natural philosophers of the ancient world believed that through a combination of natural elements, acted upon by natural forces, both the universe and the living beings within that universe were created. They chose natural explanations as opposed to supernatural or superstitious claims for the creation of the cosmos and its inhabitants. Though I might point out that other aspects of their philosophy did contain elements of the supernatural or superstitious.
Just as the theory of evolution faces opposition today, many philosophers in Ancient Greece argued against the theory of evolution. Much of the opposing movement followed in Plato’s footsteps, arguing in favor of unchangeable ideas and for the truth of Plato’s theory of forms. By this they claimed that the fundamental reality of the world was unchanging.
The intellectuals of the classical world never cease to amaze. As with many other modern ideas, concepts, and theories, Ancient Greece serves as the starting point for the theory of evolution.
Facebook