Hate is not something unique to the modern age. The ancients were hating right up there with the best of them.
Hate, it would seem, does not relegate itself to any one culture, race, or time period. It’s an equal opportunity employer, if you will.
Modern Hate 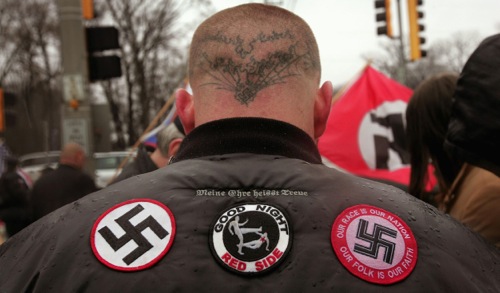 So much hate! But now to the heart of the discussion.
What is hate?
Who do we hate?
And why?
In a modern context, “hate” is often assumed to mean any form of bigotry or prejudice against a class of people because of their race, religion, etc.
But that wasn’t always the case.
In The Emotions of the Ancient Greeks, Dave Konstan quotes the author Jack Levin when he writes…
In this way, “hate” became, if not synonymous, then closely related to “prejudice”. We are all familiar with “hate crimes” and “hate speech”. As a result of this narrower definition, the kneejerk reaction is to denounce all forms of hate. Modern, supposedly “enlightened” individuals hate hate (try to excuse the paradox implied).
But this wasn’t always the case. Hate, some classical writers contend, can be quite justified.
Classical Hate
Aristotle takes a contrary view to our modern understanding of hate.
The philosopher compares hate to anger. Both are a feeling of enmity. Anger, however, is typically directed at an individual and is a result of some slight committed against us. Angry people wish for the same injury committed against them to be felt by the offending party.

Hate on the other hand, is more detached. Unlike anger, we hate groups of people. If we believe a person to be of a certain type, that is reason enough to hate them. Hate, Aristotle continues, does not require us to wish any particular punishment on a hated group. Rather, we simply wish that the hated peoples cease to exist.
Perhaps most importantly, anger can be erased by time, but hate is incurable.
All sounds plausible so far, but here is where things stop gelling with our modern sensibilities.
Aristotle does not flatly reject hate, nor does he label it as a consistent vice. He does contrast hate with love, saying that they are opposites. But love, to Aristotle, is an examination and acceptance of a person’s virtues. We very often wish good upon those we love because we consider them to be in possession of admirable qualities like moderation, justice, or courage.
Love, then, is a moral judgment. Hate, as its opposite, is also a moral judgment. While we love those we consider virtuous, we hate those whom we consider to possess vice. Aristotelian hate is not the prejudicial hate that we are familiar with, but rather it is a conscious determination of a persons vicious character and a corresponding emotion that crops up when encountering such odious people.
Aristotle gives the example that we often hate thieves or traitors. These people do not possess admirable virtues, but despicable vices, and therefore accrue our hate rather than our love.
Importantly, Aristotle implies this as the only justified type of hate. For instance, he does classify women and non-Greeks as being naturally inferior to Greek men in his The Politics. But these people are capable of virtue in accord with their nature (all people are). Consequently, they are undeserving of hate.
We therefore should not hate those who are different from us, but only those who are of a deficient character.
Defeat hate with more hate!
Aristotle’s definition of hate as a moral judgment of a person’s vices is starkly opposed to our modern interpretation of hate as an unjustified sense of enmity because of a person’s color, creed, or religion.
Could it be then that we need not do away with hate, but rather adjust our understanding of it?
Facebook