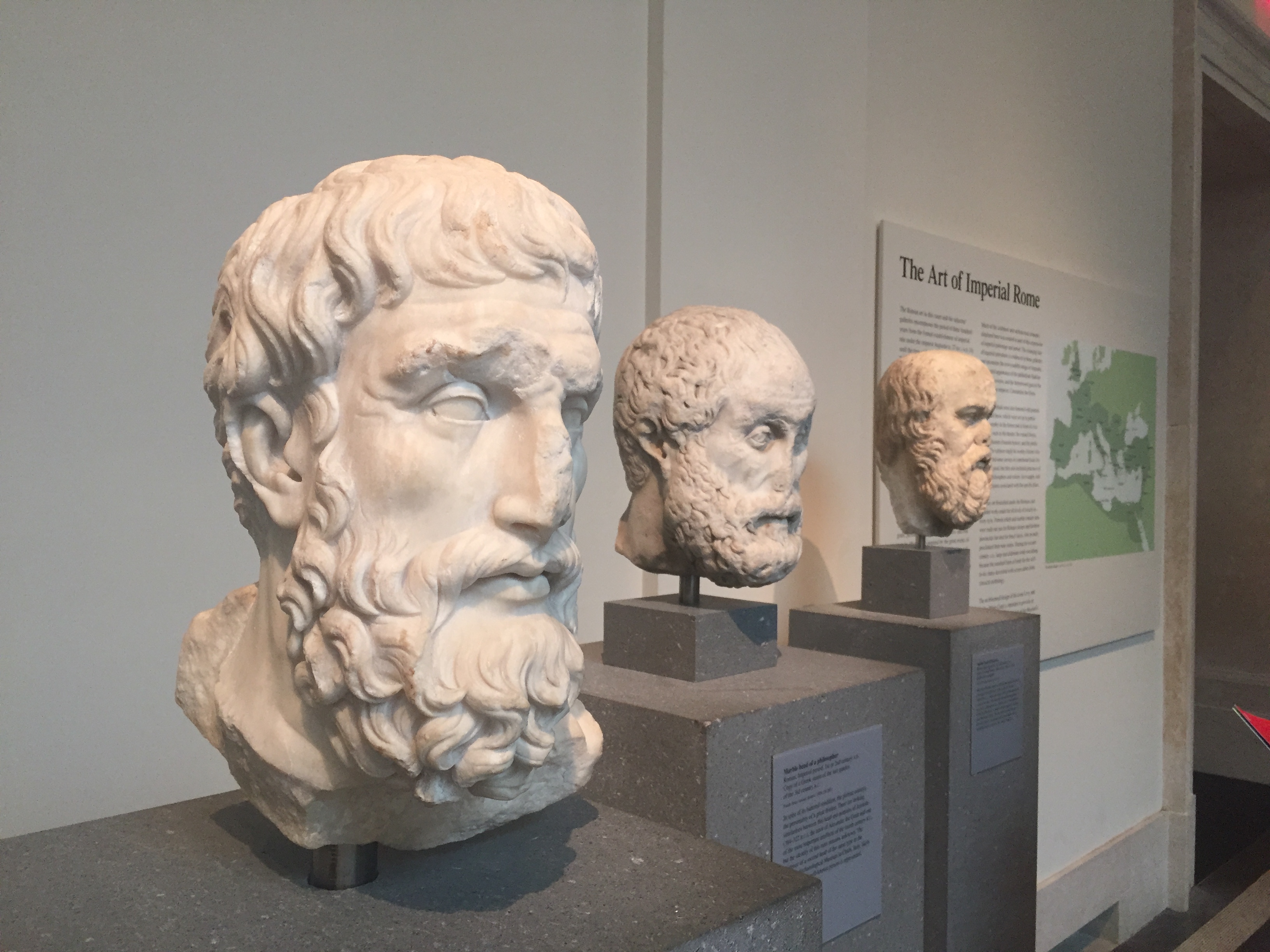 How should you lead your life? A look at ethical Philosophy that you can ACTUALLY Use…

It is human nature to wonder how best to live our lives. No doubt you have lost sleep over this notion, perhaps staring at the ceiling contemplating the very nature of your existence and what is the proper way to live. How do we know what constitutes a good or bad life? Most people would assume that they have a pretty good handle on what is good and bad, they learned it in preschool or it was told to them by their mother as children.
And that might be good enough to live by. However philosophers have a nasty habit of complicating things, kicking up dust and then complaining they can’t see. And if that isn’t your cup of tea then I would encourage you to disregard this letter and perhaps go read a book about literature or history, or any other subject that doesn’t require you to ask the fundamental question: what is the essence of “good”.
Still here?
Wonderful, then let us begin by keeping in mind this very fundamental question: How should we be living? Keep your chin up and your mind open to new possibilities. We are going to explore two philosophers who posed two very different answers to that very quandary. And when it is all said and done, it will be up to you to make up your mind.
Epicurus: enjoying the little things
Epicurus was a philosopher that began flexing his intellectual muscles only a few decades after the death of Aristotle. Born on the island of Samos, Epicurus would spend his life traveling across much of Greece before winding up in the philosophy headquarters of the world, Athens. 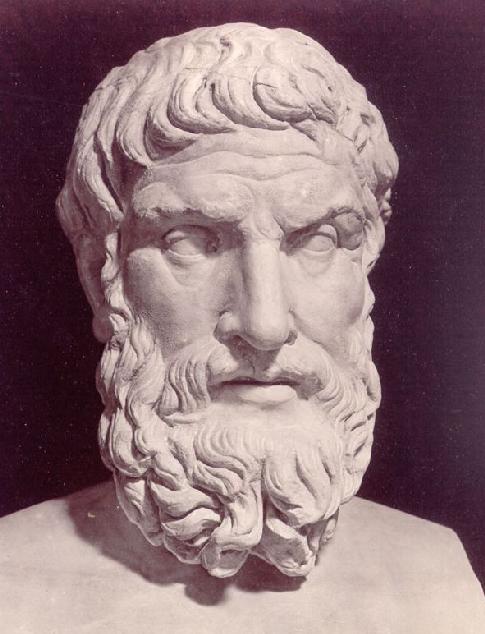 Epicurus is often wrongly accused of being a hedonist. Hedonism, as you may know, is a type of ethical philosophy that tells us that any action that is pleasurable is good. A strict hedonist would live his or her life in search of the next pleasurable thing with no regard for attaining any higher purpose for his or her life. This may seem well and good, perhaps lounging on a couch eating grapes from a silver bowl would be a fun way to spend your weekend. However strict hedonists often find that their way of life is unattainable and unrealistic. And you always run the risk of running out of grapes.
Epicureanism, the philosophy developed by Epicurus, is actually quite the opposite. It tells us that we should not continuously look for sensual pleasures, but that we should look for ways to avoid unpleasurable things such as pain and fear. Epicurus believed that by limiting anguish in our lives we could better appreciate the smaller pleasures like friendship and family. By avoiding pain and striving for tranquility, we can be fulfilled in our lives.
Epicurus believed that the main obstacle standing in our way of enjoying life, was the fear of death. The people of ancient Greece lived in constant fear of death. After all, they believed if they lived without honoring the gods, they would be cast down into the pits of Hades and tortured for all eternity. Sounds pretty bad, right?
Epicurus took the view that the entire universe is composed only of atoms and empty space, similar to the scientific thinking of today. He concluded that the human soul must therefore be made of atoms, and would logically disintegrate at the time of death along with the rest of your body. 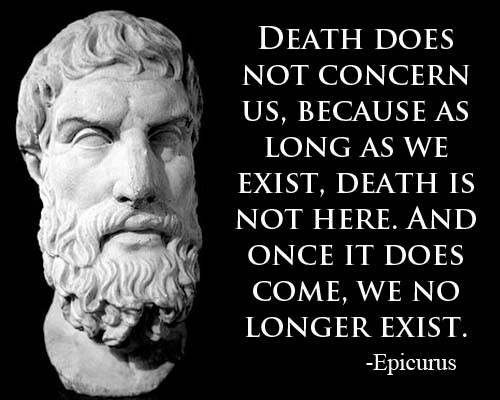 Remember, Epicurus believed that something was bad if it brought pain or anguish. He concluded that at the time of our death we are incapable of feeling any form of pain, physically or mentally. Death is not a painful, frightening thing, it simply is the end of our mortal sensations. Therefore we should not fear death. Most importantly we should not let it distract us from finding happiness in this life.
This is a nice way of looking at things. Don’t worry about death, because it won’t cause pain or fear. Just find your happiness and enjoy your life with friends and family.
Despite this nice sentiment, Epicurus was rather unpopular during his time. His teachings made most believe that he was an atheist. He was more or less disregarded by much of Athens for his non traditional beliefs. However he did retain a close group of devout followers who practiced this philosophy and did the honor of preserving his work for future generations.
Zeno of Citium: virtue of Stoicism
Zeno of Citium, like Epicurus, was also an ethical philosopher. Like Epicurus, he would eventually find himself in Athens, studying alongside cynics like Diogenes of Sinope. Zeno would become known as the father of Stoicism, a philosophy that would find great favor in late Hellenistic Greece as well as the Roman Empire. 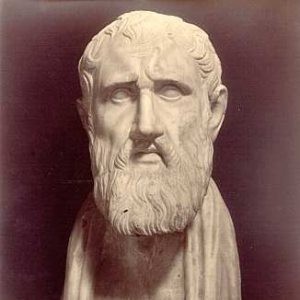 Epicurus believed that happiness, through subtle pleasures, was the point of life. Zeno came to a different conclusion. Zeno and the other stoics believed that the universe was crafted by a supreme lawgiver, rationally and with balance. Therefore the universe around us was beyond our control. The only thing we were capable of controlling was our own thoughts and desires.
That is where Stoicism really kicks in. It is not in our power to control the universe or even control what happens to us. Instead we should focus on how we react to the universe. Our sadness and anguish is our own design. And it is usually brought about by possessing unrealistic desires and inevitably being disappointed.
Stoics would teach you not to pursue your every desire, but rather to eliminate those desires in the first place. This they considered was the highest form of logic. Stoics believed that it was most rational to deny ourselves unrealistic desires and pleasures in exchange for a more tranquil existence that flows in tune with nature.
You could go drinking tonight, it would be fun for a brief period. However in the long run you would be unhealthier, poorer, and undoubtedly hungover. The stoics believed this to be the highest form of wisdom. Denying ourselves these superficial pleasures was a form of virtue. And pursuing virtue was the best way to live our lives. 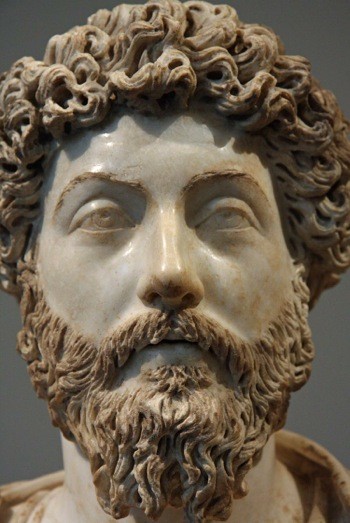 One very notable follower of stoicism is the Roman emperor Marcus Aurelius, who would write extensively about the philosophy in his essay The Meditations. It is rather remarkable that Marcus Aurelius would find contentment by following the modest lessons of stoicism. After all, he was a man who could have had any of his earthly desires fulfilled, and yet he resigned himself to a life of virtue and ethical stability.
Stoicism is often compared to Buddhism, perhaps rightfully so. Both philosophies tell us to become one with nature, accepting the universe and living peacefully within it. The similarities give currency to the belief that ethics is a universal concept. Everybody is looking for a way to live contently.
Facebook