How to Deal with Change: Advice from the Stoics

‘’You have power over your mind – not outside events. Realize this, and you will find strength’’ ~ Marcus Aurelius

Are you finding yourself struggling with both expected and unexpected changes in your life? Change is common to the human experience, and no one understood this better than the ancient stoics.
Stoicism was a philosophy that spread throughout ancient Greece and Rome from the 3rd Century BC and was popular among all classes of society for around 400 years.  The three most prominent stoics of the time were Seneca the Younger, a playwright and empirical advisor; Epictetus, who rose from slave to teacher; and last but certainly not least, Marcus Aurelius ‘The Philosopher Emperor’ who ruled Rome between 161-180CE.
The stoics were no strangers to unwelcome change. Stoics had their fair share of opponents and more than once found themselves on the wrong side of the law. Emperor Nero particularly opposed the Stoic thinkers, despite the fact that he was once a student of Seneca. Those that Nero did not sentence to death were banished from Rome, where they further developed Stoic philosophy in exile.

The Death of Seneca, by Manuel Domínguez Sánchez.

During his exile in Corsica, Seneca wrote that his change in circumstance was not at all that bad. Seneca believed that change is nothing but a change of place, mentally or physically. And you will often find people in the same place of their own free will.
According to Stoic Philosophy, it is a state of mind, rather than circumstance, that creates the true challenges and adversities associated with change.
Common resistance to change
The problem with change is that most of the time, we like things the way they are. Even if your life is not a comfortable one, most people prefer to stick with the ‘Devil They Know’ than to venture out into the great unknown.
It is tempting to cling to daily rituals. Having systems and routines in place provides a sense of security. We are not taught to see the growth that can be had in change, instead, we are told to try to get things ‘back to normal’ as closely and as quickly as possible. 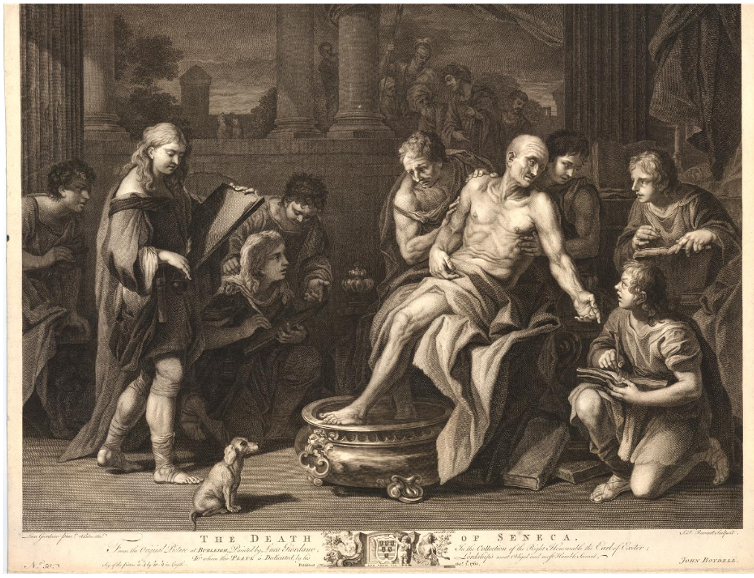 The Stoics knew that without change, none of us would exist. The universe itself had to undergo several stages of change before Life itself could be allowed to exist. Marcus Aurelius wrote that ‘Change is natures delight’ meaning that change is actually woven into the universe. We humans are built for change and embracing new challenges is an opportunity for growth and development.

“Frightened of change? But what can exist without it? What’s closer to nature’s heart? Can you take a hot bath and leave the firewood as it was? Eat food without transforming it? Can any vital process take place without something being changed?
Can’t you see? It’s just the same with you—and just as vital to nature.” ~ Meditations, Book VII.18

Most of the fear around change is that we often fear that change is bad. Seneca once wrote, ”We are more often frightened than hurt, and we suffer more in imagination than in reality.”
Most often it is our thoughts, rather than the change itself, that is the source of our resistance to change. 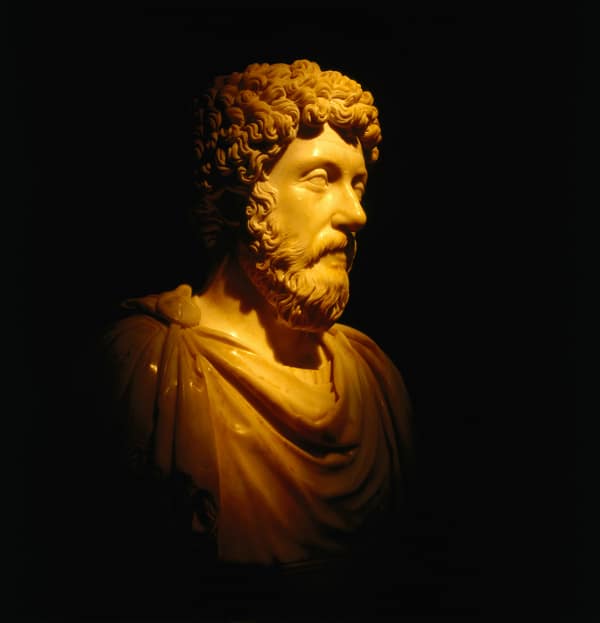 As humans, we have a tendency to run scenarios through our heads before the event itself actually happens. This is great for preplanning and strategy, however, we run into problems when our minds automatically run through the ‘worst-case’ scenarios that may or may not actually happen.
Most fears around change come from our in-built aversion to suffering and our tendency to over-plan for suffering avoidance.  Suffering and change are often linked – or at least we perceive that they are always linked. But don’t worry, the stoics have a remedy for that too!
Change and Suffering
The relationship between change and suffering is often described in two phases. Firstly, that we suffer in our anticipation of change and the shift away from our routine or the anticipation of loss (e.g., a loved one, a job, a home).
The second phase is the reaction to a change that has already happened. It is about coming to terms with a loss (person or circumstance) and the anticipation of finding balance or carving a new path for ourselves out of the chaos. 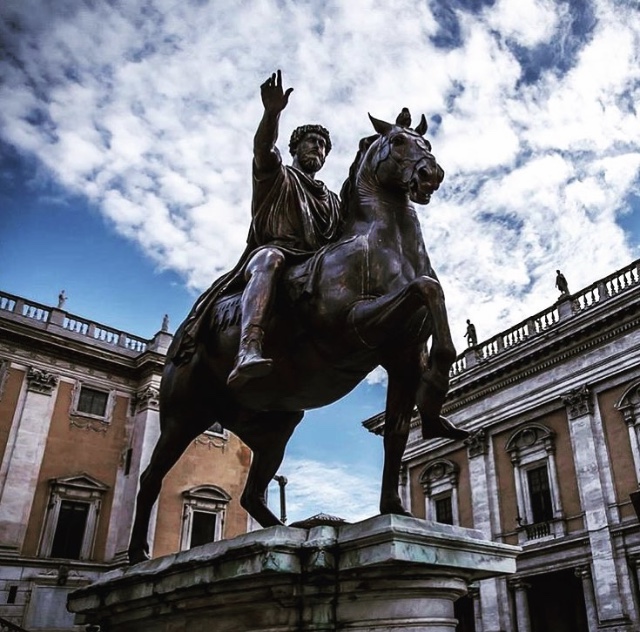 Rome, Italy. Piazza del Campidoglio, with copy of equestrian statue of Marcus Aurelius. The original is displayed in the Capitoline Museum.

The stoics overcome this by reminding themselves about how relatively small and unimportant we are as individuals. Sounds harsh and counterintuitive right? Yes. But when you consider the grand tapestry that is life and universe, our part is rather small.

“Consider the lives led once by others, long ago, the lives to be led by others after you, the lives led even now, in foreign lands. How many people don’t even know your name. How many will soon have forgotten it. How many offer you praise now—and tomorrow, perhaps, contempt.” ~ Meditations, Book IX.30

This is what today’s society refers to as the ‘Ego check’. In other words, who are we to expect to go through life without any changes or challenges?
Epictetus advises that we play fate at its own game. Instead of resisting and battling change (which is a waste of time if the change has already occurred), we should learn to embrace change and make an opportunity out of adversity.
This is easier said than done of course, but you’ll find that working this mindset into your daily life will make the process of change run a whole lot smoother.

Artistic impression of Epictetus, including his crutch.

Improving your relationship with change

“It’s not what happens to you, but how you react to it that matters’’ ~ Epictetus

The bottom line, according to the stoics, is that the best way to deal with change is to try to change your mindset. Happiness depends more on values than the current state in which you reside.
Of course, basic needs must be met such as food and shelter, but the Stoics argue that change itself is not able to deprive you of the ability to endure.
Change has changed people for the better. It was exile from Sinope that lead Diogenes of Sinope to Athens where he went on to become one of the founders of the Cynic School of Philosophy. Had he remained in Sinope he likely would have continued his life as a banker and his name would have disappeared into obscurity.
No matter the circumstance brought about by change, your place in nature and your virtues still remain. Even in the most challenging of times, true friends will not refuse to associate with you and change does not stop you from associating with new people. In other words, the change may come as a pleasant surprise, if you keep an eye out for silver linings.
Facebook