Ten Things the Ancients Did Better than Us

Just a couple of decades ago, the people of ancient civilizations were viewed as simple, primitive people. However, numerous discoveries since then have revealed a number of surprising facts about ancient cultures, namely that many of them possessed advanced knowledge of metallurgy, mathematics, chemistry, astronomy, and more. With this knowledge they forged steel stronger than anything else seen until the Industrial Revolution, created a recipe for concrete so durable that their buildings would endure for millennia longer than the constructions of today, cut stones and assembled walls so precisely that attempts at modern-day replications have failed. Scientists are still scratching their heads over some of the amazing accomplishments of ancient civilizations. Here we feature ten of them.
1. Aqueducts and hydro technology 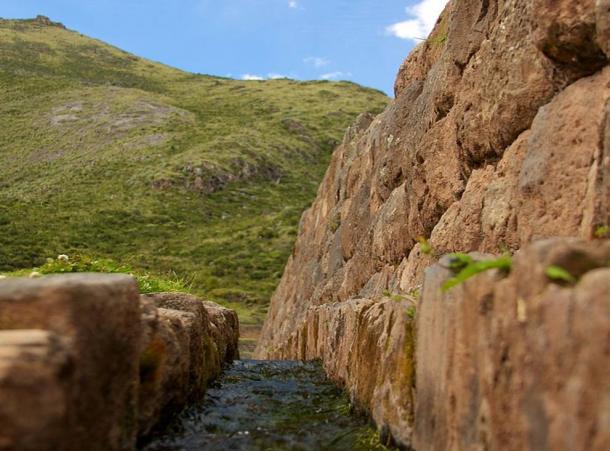 Who would have thought that 21 st century governments would be looking to 1,500-year-old technology for guidance on how to solve water access problems? But that is exactly what is happening in Lima, Peru.
Peru has been facing a severe water crisis as chronic problems, such as polluted water supplies, and environmental change combine to undermine the water security of the entire country. However, a new plan has been put forward by Lima’s water utility company, Sedapal, to revive an ancient network of stone canals that were built by the Wari culture as early as 500 AD, in order to supply the population with clean, unpolluted water.
The Wari built an advanced water conservation system that captured mountain water during the rainy season via canals. The canals transported the water to places where it could feed into springs further down the mountain, in order to maintain the flow of the rivers during the dry season.
Many ancient civilizations are known for their advanced construction of cisterns, canals, aqueducts, and water channelling technology, including the Persians, Nabataeans, Romans, Greeks, Harrapans, and many more.
2. Steel 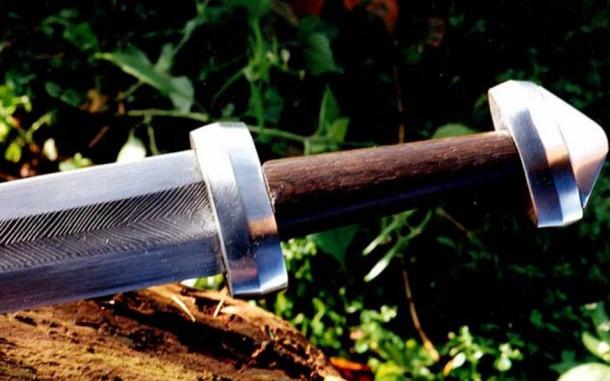 Over 2,000 years ago, ancient people in the Levant were forging swords made of steel so advanced that blacksmiths would not come close to creating anything of equal quality until modern times. The metal was so strong that the swords could slice straight through objects made of other metals.
The steel, known as Damascus steel, was produced out of a raw material, known as Wootz steel, from Asia. Other materials were added during the steel’s production to create chemical reactions at the quantum level. It was first used around 300 BC, but was produced en masse in the Middle East between 1100 and 1700 AD.
The secret of making the Middle East’s Damascus Steel only re-emerged under the inspection of scanning electron microscopes in modern laboratories.
3. Concrete 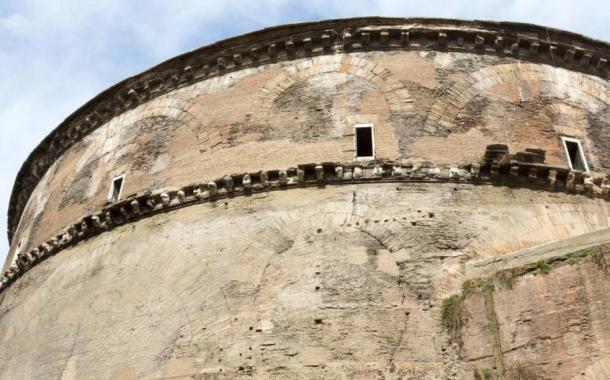 Today’s concrete structures are typically designed to last between 100 and 120 years. However, the Romans built structures from concrete 2,000 years ago that have maintained their structural integrity to this day. So what was their secret?
The Romans made concrete by mixing lime, volcanic rock, and seawater. The combination of the three instantly triggered a chemical reaction in which the lime incorporated molecules into its structure and reacted with the ash to cement the whole mixture together. The ancient seawater concrete contains the ideal crystalline structure of Tobermorite, which has a greater strength and durability than the modern equivalent.
As well as being more durable, Roman concrete was also more environmentally-friendly compared to today’s concrete. Conventional modern cement requires heating a mix of limestone and clay to 1,450 degrees Celsius which releases significant amounts of carbon into the atmosphere. In contrast, Roman cement used much less lime and made it from baking limestone at 900 degrees Celsius, requiring much less fuel.
4. Road-building 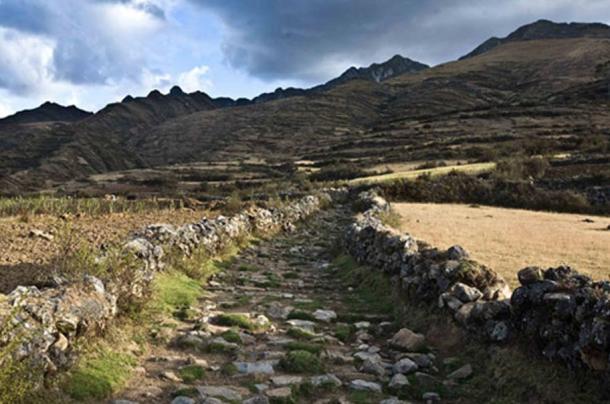 These days, we’d be lucky to get a decent highway built within a year. But it was not always this way. Ancient people recognized the importance of roads and networks linking together cities and settlements across regions and countries… and they built them fast!
Qhapaq Nan, otherwise known as the Main Andean Road, is a huge network of roads once used by the mighty Inca Empire that extends over more than 30,000 kilometres. It was the backbone of the Inca Empire’s political and economic power, connecting production, administrative, and ceremonial centres of pre-Inca Andean culture. The Incas of Cuzco achieved this unique infrastructure on a grand scale in less than a century, extending their vast network across what is now Argentina, Bolivia, Chile, Colombia, Ecuador and Peru.
The Romans too are known as expert road builders. About 1.7 million square miles of territory was covered by the Roman roads, which were made with gravel, dirt, and bricks made from granite and hard lava. Many ancient roads are still used today.
5. Stone Cutting 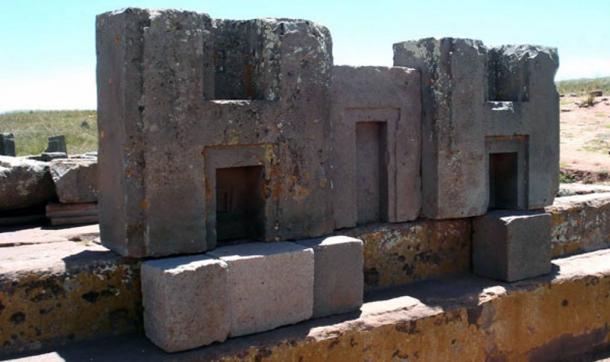 Around the world, we can find numerous examples of ancient stone-cutting so precise that they rival creations of the modern day produced with advanced machinery. One prime example can be found at Puma Punku, an ancient archaeological site in Bolivia – dated by some historians to 15,000-years-old – that contains such incredible stonework that it looks as if the stones were cut using a diamond tool. Enormous blocks weighing up to 800 tons, consist of perfectly straight edges that lock perfectly into each other and contain no chisel marks. Attempts to replicate the precision of the stonework have failed.
6. Agriculture 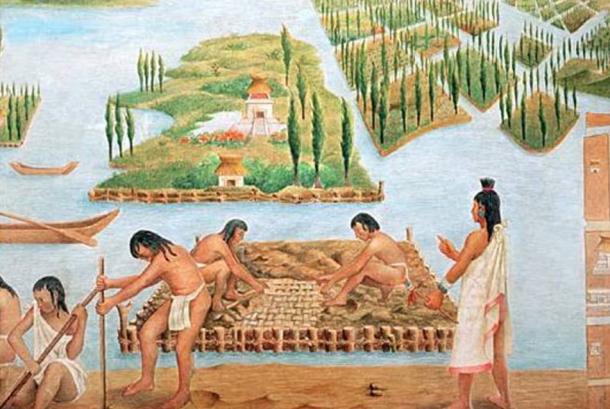 Human sacrifice is typically the first thing that comes to people’s minds when they think about the Aztecs and other Mesoamerican cultures. However, there is much more to these civilizations than this practice. One of their innovations was the chinampa agricultural system, the so-called ‘floating gardens’ which can be found on the shallow lake beds in the Valley of Mexico.
A chinampa plot was constructed by staking out a rectangular enclosure into the marshy lakebed. The enclosure would then be fenced in by joining the stakes with wattle. After that, the fenced in area would be filled with mud and decaying vegetation. In order to prevent the roots from becoming water-logged, it was important that the fill brought the chinampa plot above the lake level. Canals surrounding the chinampa plots formed an illusion that these agricultural lands were floating on water, hence its misattribution as ‘floating gardens’. To further stabilise these plots of land, willows were planted around the perimeter. This is due to the dense root system which, over time, anchored the retaining walls of the structure and reduced the effects of erosion. In order to ensure that the chinampas produced good harvests throughout the year, it was vital that the supply of water was well managed. During the rainy season, flooding would have been a problem. Hence, a sophisticated drainage system, which included dams, sluice gates and canals, were put in place to counter this problem. By using human excrement to fertilise the crops, the Aztecs were also able to create a healthier living environment as the city’s wastewater would have also been treated.
The system of agriculture and waste water treatment seen in the floating gardens of Mexico, was so advanced that there have been attempts (unsuccessfully) to implement it in modern times.
7. Walls 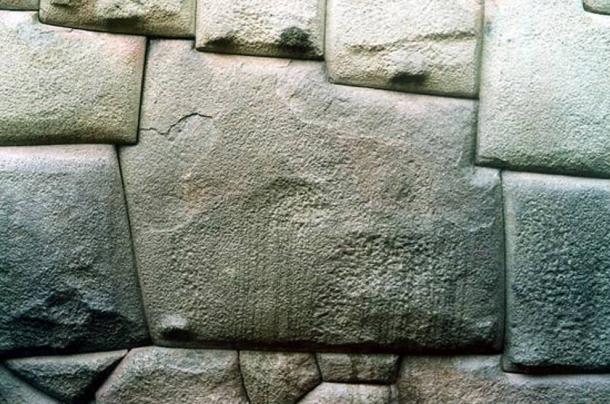 The Inca civilization is well-known for its advanced masonry work, much of which can still be seen today in Machu Picchu and Sacsayhuaman in Peru. Their large dry stone walls display huge blocks that had been carefully cut to fit together tightly without mortar and with levels of precision unmatched anywhere else in the Americas. The stones are so closely spaced that a single piece of paper will not fit between many of the stones. This precision, combined with the rounded corners of the blocks, the variety of their interlocking shapes, and the way the walls lean inward (to prevent damage in the event of an earthquake) have puzzled scientists for decades. The method used to match precisely the shape of a stone with the adjacent stones is still unknown and attempts to recreate the technique have all failed.
8. City planning 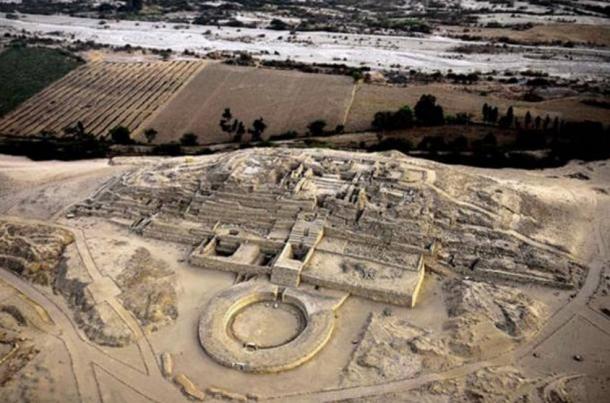 In the last century, numerous ancient cities have been unearthed that have astounded scientists and urban planners alike.
When archaeologists discovered the 5,000-year-old site of Mohenjo Daro in Pakistan, what they found was unprecedented in the region – the city demonstrated an exceptional level of civic planning and amenities. The houses were furnished with brick-built bathrooms and many had toilets. Wastewater from these was led into well-built brick sewers that ran along the centre of the streets, covered with bricks or stone slabs. Cisterns and wells finely constructed of wedge-shaped bricks held public supplies of drinking water. Back in its day, the city would have been home to around 40,000 inhabitants.
In the same era, but on another continent, another great city was being constructed – Caral. Located in the Supe Valley in Peru, Caral is a 5,000-year-old city that consisted of huge monuments, including pyramids, plazas, amphitheatres, temples, and residential areas. They had extensive agriculture, ate a varied diet, developed the use of textiles, used a complex system for calculating and recording, built water supply, and developed an intricate irrigation system.
Architects are currently looking to Caral for inspiration in city planning. Japanese architects intend to incorporate building designs that they implemented to protect their people from earthquakes. The people of Caral suspended their houses in baskets filled with stones that dissipated earth movement and prevented collapse.
9. Astronomy 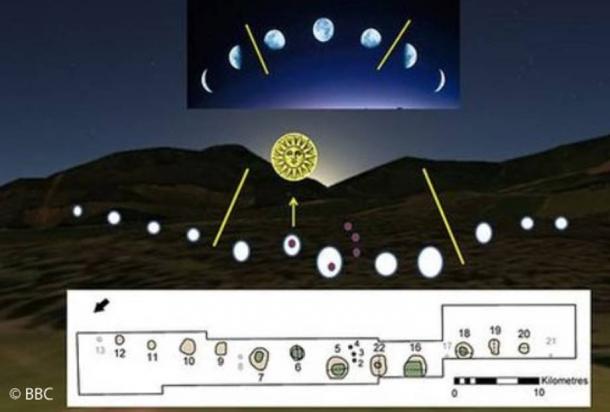 From star constellations painted on ancient Greek ceramics to Native American rock art depicting solstices , star charts in ancient Japanese tombs , Australian Aboriginal dreamtime stories reflecting known astronomical events , and a 10,000-year-old megalithic calendar in Scotland, there is no doubt that ancient civilizations around the world possessed an extraordinary understanding of the cosmos and its movements. But just how they were able to so precisely and accurately record cosmological events without the technology we possess today still eludes scientists in many cases.
What is certain is that recent discoveries have revealed just how advanced ancient cultures were when it came to astronomical knowledge, and that they were far from the primitive people they were once thought to be.
10. Weapons 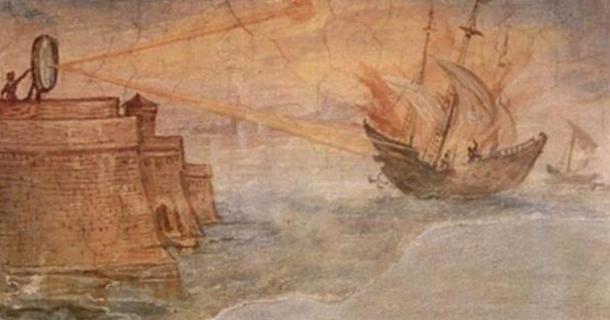 While there is no doubt that modern-day weapons are far more superior to their ancient counterparts in their ability to unleash mass death and destruction, there exist a number of powerful ancient weapons that still elude scientists as to their construction and capabilities.
Greek mathematician, engineer, inventor, and astronomer, Archimedes (287 – 212 BC) is reported to have created a heat ray weapon (sometimes called the ‘death ray’) to defend against ships attacking Syracuse, an historic city in Sicily. According to 2nd century AD author Lucian and centuries later, Anthemius of Tralles, the weapon was made of large reflectors (possibly made from polished bronze or copper), which were used to focus sunlight onto approaching ships, causing them to catch fire.
Although its existence has been hotly debated among historians, a number of tests have accurately proven that such a weapon is possible. In 1973, the Greek scientists Ioannis Sakkas set up 70 mirrors with a copper coating, which were pointed at a plywood model of a Roman warship at a distance of 50 meters. When the mirrors were focused accurately, the ship burst into flames within seconds.
By April Holloway, Contributing Writer, Ancient Origins
Facebook