The Invention of Freedom

It has long been the prerogative of the ‘young’ to consider that phrases such as “there has never been a time when freedom has been under greater threat” as something particularly apposite to the prevailing geopolitical climate. However, for those of us who annually accrue more grey hairs than new CDs (or, indeed, who think CDs can still be used in a contemporary analogy), we tend to be able to take a step back, pause, reflect, and realise that, as messed up as things may seem on any given day, history is one long litany of the trials and tribulations, of the ebbs and flows of the freedom of mankind.
Unfortunately, as self-satisfying as such reflections may be, they are, alas, wrong!
Not wrong in the sense that the young people are right. God forbid, no! Wrong in the sense that history is not an ever-oscillating shuffle-board of liberty; indeed, we can almost identify a moment at which (in the Classical, European tradition) ‘freedom’ was created!

The distinction between ‘free’ and ‘enslaved’ is as old as any record we have (be it European, Egyptian, Hebrew, Mesopotamian or Chinese), and the desire to be free/exempt from the demands of a centralised/unrepresentative government is similarly ancient, however, and despite the fanciful feats of Moses, the concept of political freedom in terms of a personal liberty under a law recognised by the state, took some time to develop.
N.B. Though women had differing roles and levels of importance in the various societies of antiquity, it is fair to say, broadly speaking, that they were not politically enfranchised – though they may have enjoyed some protection under the law, their freedom was usually dependent on that of their husband/father. Thus, for the purposes of this article, it shall be assumed we are talking about free, adult males unless specifically stated otherwise.
Unsurprisingly, Near Eastern areas with systems of absolute monarchy, especially ones which claimed their power was divinely derived, did not create optimum conditions in which to germinate new and radical ideas about personal liberty.
Conversely, the environment of the Greek city-states (poleis), though far from being a free-for-all, utopian love-in, was more conducive to such progressive thought. Indeed, the high ideals of Athens’ Golden Age (the fifth century BC), was very likely influenced by her political system rather than, as some contest, what produced it.
Though the key factor was not merely, or at least not necessarily, democracy (an Athenian experiment often derided by other poleis), but living in a small-ish, locally governed community which didn’t take its authority from any supernatural source and, crucially, which had a vested interest in ensuring the well-being of the wider society.
The Language of Freedom
The practical evolution of Greek freedom runs in parallel to its evolution in the Greek language. Whilst words like eleutheros and liber appear in the most ancient sources, it is not until the Greeks began to fear for their liberty vis-à-vis Persia (particularly with the war of 480/479BC) that the abstract noun eleutheria came into the vocabulary.
This was a clear signal that the Greeks had managed to identify a freedom that was not bound simply by this or that right in front of the courts, or by the right to vote in the assembly, own property, move freely etc. but an inalienable right to be free from foreign tyranny. Indeed, eleutheria seemed, initially at least, to be intrinsically tied to the idea of being a tyrant-free zone.
The fifth century BC was a particularly interesting period in this respect, as the Athenians took it upon themselves to become the champion of Greek freedom against the barbarian oppressors, forming the Delian League in 478BC. The irony being that Athens, after forming this coalition of Greek states, soon started to play
“…history is not an ever-oscillating shuffle-board of liberty; indeed, we can almost identify a moment at which (in the Classical, European tradition) ‘freedom’ was created! “
fast and loose with the freedoms of the very countrymen whom they had vowed to protect. Indeed, this was a key propaganda tool used by fellow-Greeks, Sparta, during the Peloponnesian War (431-404BC), who railed against the polis tyrannos of Athens – only, all too predictably, to themselves become oppressive to the Greek states which fell under their ‘protection’.
As the years passed, the Athenians began to blur the lines between demokratia and eleutheria and, by the end of the fifth century BC, if freedom wasn’t quite synonymous with democracy, it was, for most, incompatible with other forms of rule such as oligarchy.
The fourth century BC proved a veritable smorgasbord of neo-con style freedom speading/defending with various Greek states taking an active role in attempting to ensure the liberty of their neighbours. However, all this was done in the shadow of the Perians who remained a constant threat to ‘Greek freedom’ until Alexander the Great finally ‘liberated’ Hellas from its Eastern oppressors, albeit only after Greece had been assimilated into the Macedonian Empire. 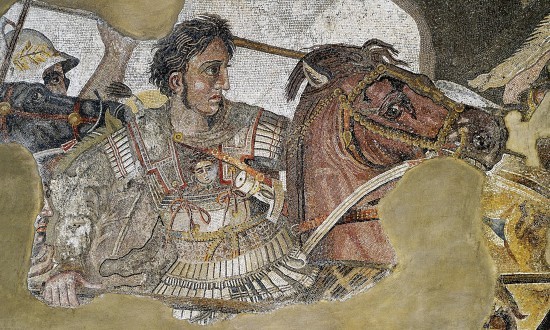 This freedom as a largely unoppressed quasi client-kingdom became the norm for the Greeks over the following centuries; the struggle as to whom they should call master was finally ended in 196BC by Flamininus, the Roman general in charge of Greek affairs at the time, when he dramatically announced at the Isthmian Games (a festival only slightly less important than the Olympics) that Greece was now a free state – though Roman legions would stay in the country for another few years and Greece never again had the military or political clout to consider themselves truly independent of Rome.
The Philosophy of Freedom
On a philosophical level, freedom certainly had its complexities – not least in terms of slavery. Though abolitionism was never seriously on the cards, many theories were put forward to condemn or justify it (Aristotle’s thoughts on the subject in his Politics make particularly uncomfortable reading).
On a more practical level, there were those (notably Aristotle and Aristippus) who took on a distinctly libertarian slant, claiming that freedom from the state and freedom to behave as one pleased were intrinsic to being truly free. However, Plato seemed contemptuous of such ideas, highlighting their potential excesses in The Republic. 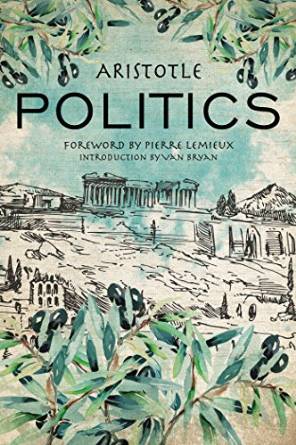