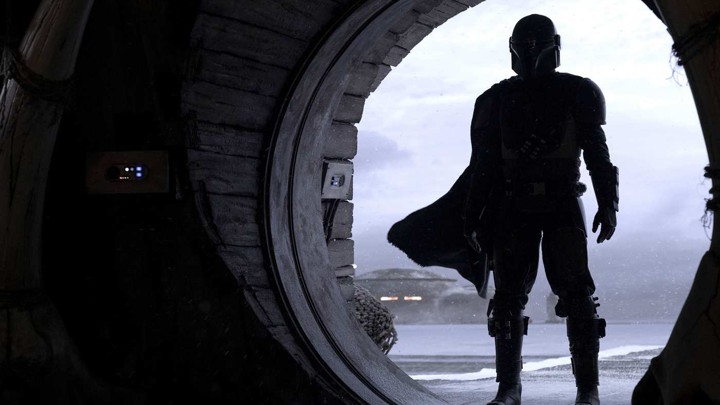 The Mandalorian Way and Stoicism

The image of a lone warrior walking a barren wasteland is a captivating sight. Made popular by movies, television, and graphic arts, the single fighter following a path unyieldingly will always incite a sense of excitement in its viewers. Following an ancient practice, upholding the highest laws, or bringing some wrongdoer to justice, a solitary hero’s strict adherence to a long-held code, ethos or principle sets them apart from the rest of us and elevates them to the status of a champion.

The Mandalorian showed audiences a lone hunter, unyielding in the face of seemingly insurmountable odds. “Mando” operates within the principles of the creed that he has chosen: The Mandalorian Way. Mando’s choice of this path means strictly adhering to his code regardless of the situation in which he finds himself. This has striking parallels with the path of Stoicism, as followers of that philosophy choose to remain unrelenting regardless of the obstacles to their practice.

“When one chooses to walk the way of the Mandalore, you are both Hunter, and Prey.” — The Armorer, The Mandalorian

This notion of a way or path is a recurring theme in Stoic writings, and the path is an allegory for the life that Stoics choose to follow; one with direction and purpose based on reason and virtue. To the Stoics, the true path of reason is the right path and may yield difficulties and obstacles along the way, however the way must be followed regardless of its difficulties. As Seneca put it in his book Letters to a Stoic:

“It is a rough road that leads to the heights of greatness.” — Letters, 84

As Stoics proceed to follow this path, just like the Mandalorians, they accept the challenges and trials of its twists and turns as part of this virtuous path they are on. Mandalorians do the same, even as their worlds go through significant upheaval. Mando’s actions make it so that the “Culvert”, one of the last bastions of culture and identity for those Mandalorians remaining, must be relocated. The simple reply to his dismay, from a fellow Mandalorian, is: “This is the way”. But how would the Stoics feel about this fictional character? Would they approve? 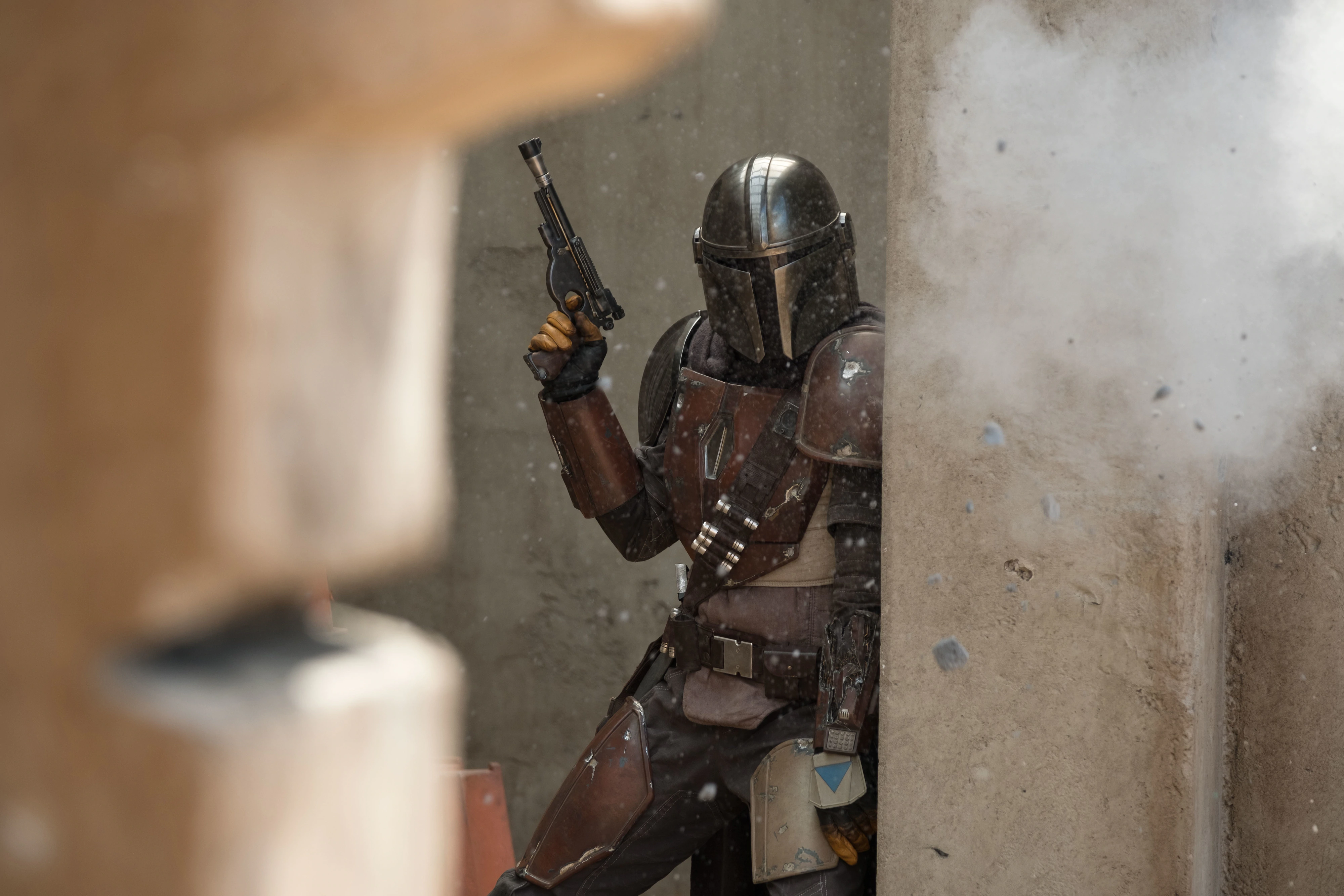 Publicity still from The Mandalorian Media Kit, courtesy of Disney.

The Stoics used characters themselves to personify what it would mean to live as a Stoic. Sometimes this took the form of real people like Socrates or Diogenes the Cynic. Sometimes it would take the form of fictional characters, though, a primary example being the mythic hero Hercules. Prodicus’ Choice of Hercules was recounted by Socrates in Xenophon’s Memorabilia, and tells the story of the Greek demigod’s decision, as a young man, to spend the rest of his life following a path of honor, virtue, and self-discipline.

Hercules was facing a fork in the road before him: to follow the path of virtue, or to follow the path of vice. In order to choose, Hercules had to decide between the arguments of two spirits: Kakia (vice) and Arete (virtue). After Kakia presented her arguments to Hercules for a life of pleasure, ease, and delight, Arete stepped forward to propose a life of hardship, effort and pain, saying:

“Nothing that is really good and admirable is granted by the gods to men without some effort and application.” — Memorabilia, 2.1.21–2.1.28

Hercules’ ultimate decision was to proceed with the life of hardship and effort, and the path that he took would eventually lead to his own death, but also to his apotheosis, his ascension to become a god in his own right alongside his father, Zeus.

Socrates introduces the allegory by quoting these lines from the poet Hesiod:

“Evil can be easily found, and freely;
Smooth is the road, and very near she dwells.
But sweat the gods have set upon the way
To goodness: long and steep is the path to it
And rough at first; but if you reach the summit
Thereafter it is easy, hard though it was.”

The moral of the story is simply that the majority of us would rather avoid any hardship altogether, preferring the easier way. However, in order to realize our potential we must be willing to face obstacles and overcome them, uncomplaining, by following the rougher path in life — the hero’s path.

“How can one be a coward if one chooses this life?” — The Armorer, The Mandalorian

Mandalorians choose their path never to bend any of their values, and to accept that which is in front of them as the way things must be — without question. This uncompromising practice of acceptance mimics the Stoic Discipline of Desire. In Donald Robertson’s book Stoicism and the Art of Happiness, he explains that the Stoics placed a high importance on the psychological practice of:

“Accepting events as determined by causal necessity or fate, or alternatively greeting them with rational joy as being the will of God.” — Robertson, p. 80

It was important for Stoics to understand that the events unfolding before them were always going to be so, regardless of whether they wished differently. Between the choice of fighting the situation or simply accepting it as an undeniable fact, the choice was clear; accept the situation and proceed onward. As Marcus Aurelius put it: “What stands in the way, becomes the way.” (Meditations, 5.20).

Publicity still from The Mandalorian Media Kit, courtesy of Disney.

“You are as its father. This is the way.” — The Armorer, The Mandalorian

Since the Star Wars universe began, the laconic Mandalorian has been an integral character of the series. Direct, terse, and sometimes rude, any lack of elaboration on the part of a Mandalorian is expected. When faced with seemingly insurmountable odds, Mandalorians revert to their normal mantra of “This is the way”, as a reminder of the fact that complaining will do nothing to change the current situation. The Stoics embraced this notion as much as the Mandalorians do, and Seneca says:

“It is a bad soldier who follows his commander grumbling and groaning.” — Letters, 108

Stoics always believed that a good man will try to: “…accept serenely those events which do not depend on him” (Hadot, 35), as Pierre Hadot said in his book The Inner Citadel. Uncomplaining, undeterred warriors make up the ranks of the Stoics as well as the Mandalorians, whether we look at those Stoics living a life of luxury like Marcus Aurelius, or Stoics in a time of great struggle like Cato.

Perhaps the parallels of all these attributes make the Mandalorian out to be more stoic than Stoic, more a caricature of the ideal sage than a true Stoic sage. Comparing the images of Mando staring down a mud horn with his last ounces of strength to Cato opposing the armies of Caesar at Utica, the similarities between the Stoic and Mandalorian ways become clear. Stoics and Mandalorians are kindred spirits in their personal practices.

Indeed, whether they are proceeding regardless of the obstacle, accepting of the situation and all its difficulty, or uncomplaining about the latest adversity needing to be overcome, Mandalorians and Stoics share a common core to their creed and practice.