By Ḏḥwty, Contributing Writer, Ancient Origins
The ancient Greek city-state of Sparta had a social hierarchy that was different from many of its neighbors. The top of the social pyramid was occupied by the two kings, whose powers were checked by a ‘council of elders’. These elders were chosen from the next class, the Spartiates. Below this aristocratic class was a middle class which was called the Perioeci. The lowest class, which was also the largest, in Spartan society was held a group known as the Helots.
According to the Greek geographer Pausanias, the Helots hailed from a city called Helos. This city is said to have been conquered by the Spartans, and its inhabitants became their first slaves. Subsequent peoples enslaved by the Spartans were also called Helots. The Greek historian, Thucydides, however, gives a different account of the origins of the Helots. According to this writer, the Helots were the descendants of the Messenians who were enslaved by the Spartans during the First Messenian War in the 8th century BC. Another account of the origins of the Helots can be found in Strabo’s Geography. According to this writer, the peoples who were subjected to Spartan rule were initially accorded equal rights. During the reign of Agis I, however, these rights were revoked, and the subjects forced to pay a tribute. All complied, except the people of Helus, who revolted. They were crushed in a war and reduced to slavery. 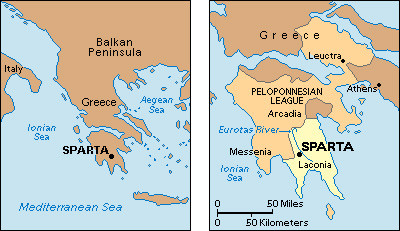 Whilst they are considered as slaves, it has been pointed out that they were somewhat different from other slaves in the neighboring Greek city-states. It is claimed that in Athens, for instance, slaves did not have families and communities of their own. The Helots, by contrast, had their own families and communities. Additionally, the Helots were not privately owned, but belonged to the state. According to Strabo, “the Lacedaemonians held the Helots as state-slave in a way, having assigned to them certain settlements to live in and special services to perform.”
As the male citizens of Sparta devoted their lives to athletic and military training, war, politics, and hunting, they could not afford to spend time on agricultural activities. The task of producing food was left to the Helots. Although the Helots were, generally speaking, peasants, they may be employed for other jobs, such as servants or grooms, as well. Additionally, the Helots could be conscripted into military duties at times of war. For instance, the Greek historian Herodotus records that each of the 5000 Spartiate at the Battle of Plataea in 479 BC was protected by seven light-armed Helots. Thus, there was a total of 35,000 Helots at that battle.
Although the Helots were crucial for the functioning of Spartan society, the other classes had an uneasy relationship with them. Given that the Helots greatly outnumbered their Spartan masters, the possibility of them revolting against their repressive rulers was ever present. The first major Helot revolt took place around 665 BC, and is known as the Second Messenian War (The First Messenian War had ended around 40 years prior to this conflict). The Helots seized on the occasion of Sparta’s defeat by Argos at the Battle of Hysiae to launch a revolt. It took the Spartans nearly 20 years to put down the rebellion. 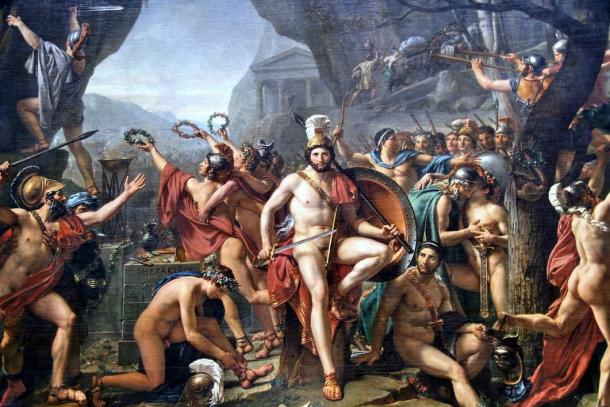 “Leonidas at Thermopylae” by Jacques Louis David. All 300 Spartans along with the Helot slave warriors fought to their deaths. Persia won the battle, but lost the war.

Given the precarious state of things, the Spartans took precautions to prevent the Helots from revolting. During the Persian Wars, for instance, the Spartans were not too eager to send their hoplites abroad to fight for the freedom of Greece. This was due to the fear that the Helots would revolt when the Spartan army was fighting away from home. Despite these and other precautions, several revolts by the Helots took place over the centuries. When an earthquake struck the Eurotas Valley in 464 BC, the Helots seized this opportunity to revolt. This was the largest revolt recorded. The Helots fortified Mount Ithome, which was besieged by Sparta. The siege only ended five years later when both sides agreed to a truce. The surviving Helots were taken by Athens and settled on Naupactus on the Corinthian Gulf.

The Site where Ancient Sparta used to Stand. Situated on the banks of the Eurotas River in Laconia, in south-eastern Peloponnese, Greece. Photo by Ronny Siegel, 2013.

Spartan treatment of Helots improved overtime, perhaps as a means of appeasing them. For instance, Helots could hope to be emancipated, and it is known that groups of Helots were sometimes liberated. Nevertheless, the system collapsed in the 4 th century BC. In 371 BC, the Spartans suffered a humiliating defeat at the Battle of Leuctra. The victorious Thebans then invaded the Peloponnese, and the Helots of Messenia were liberated. The last Helots (the Helots of Laconia) were emancipated at the end of the 3 rd century BC by the reformer kings Cleomenes III and Nabis.
Facebook