By Ben Potter
While we are usually content to quote Cicero, read poetry, and drink too much wine, this week we have decided to get our hands dirty. We will bury our fingers in the earth, feel the grit under our nails and return to the (literal) foundations of Classical Civilization; archaeology.
Well… we obviously won’t go scrubbing around in the filth – we are bookish weaklings after all – but we can at least talk about those that have. 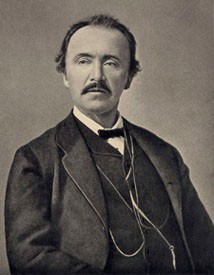 And there is no place we could possibly begin our odyssey of excavation other than at the door of the most famous and polarizing archaeologist of them all, that controversial German trailblazer, Heinrich Schliemann.
We’ve been often told that any significant archaeological find tells us more about the Ancients than a thousand pages of Homer. For Schliemann, it was this crossroad, between the literal and the literary, that was precisely the crux of the matter.
Though neither a professional classicist nor archaeologist, Schliemann was nevertheless obsessed with the legend of Troy. He believed, as young as age 8, that he would be the man to unearth the ancient site and thus prove Homer and Virgil were part of an historical, as well as a poetical, tradition. 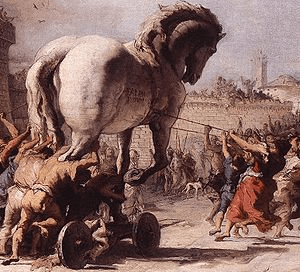 However, this destiny was not easily realized. Our latter-day Homeric hero took a route so long and circuitous that it made Odysseus’ journey look like a jog around the block.
Though, in his defense, Schliemann’s detours away from his desired target were not of his own making; even to a lesser extent than Odysseus’ were of his.
Schliemann’s father, a corrupt Protestant minister, paid for three years of quality schooling for his ambitious young progeny. However, once the Pastor’s crimes of embezzling church funds were exposed, the family’s new-found poverty meant Heinrich had to give up any dreams of university, leave school at fifteen and find gainful employment.
He did a variety of menial tasks, some with a soupçon of the Homeric. For example, as a cabin-boy bound for Venezuela he was shipwrecked off the coast of Holland and settled there for some time.
His import/export firm eventually posted him to St Petersburg before his upped-sticks to try his luck in the Californian gold fields.

A scandal-tainted exit saw him return to Russia and gain his fortune as a war-profiteer during the (original) Crimean War.

By 1866, at the age of 44, Schliemann was finally wealthy enough to retire and pursue his original ambition. The preceding 36 years had merely been a preamble.

He relocated to Paris and attended the Sorbonne, thus completing his truncated education. Now, at long last, the man who had seen so much of the modern world was ready to delve into the ancient. 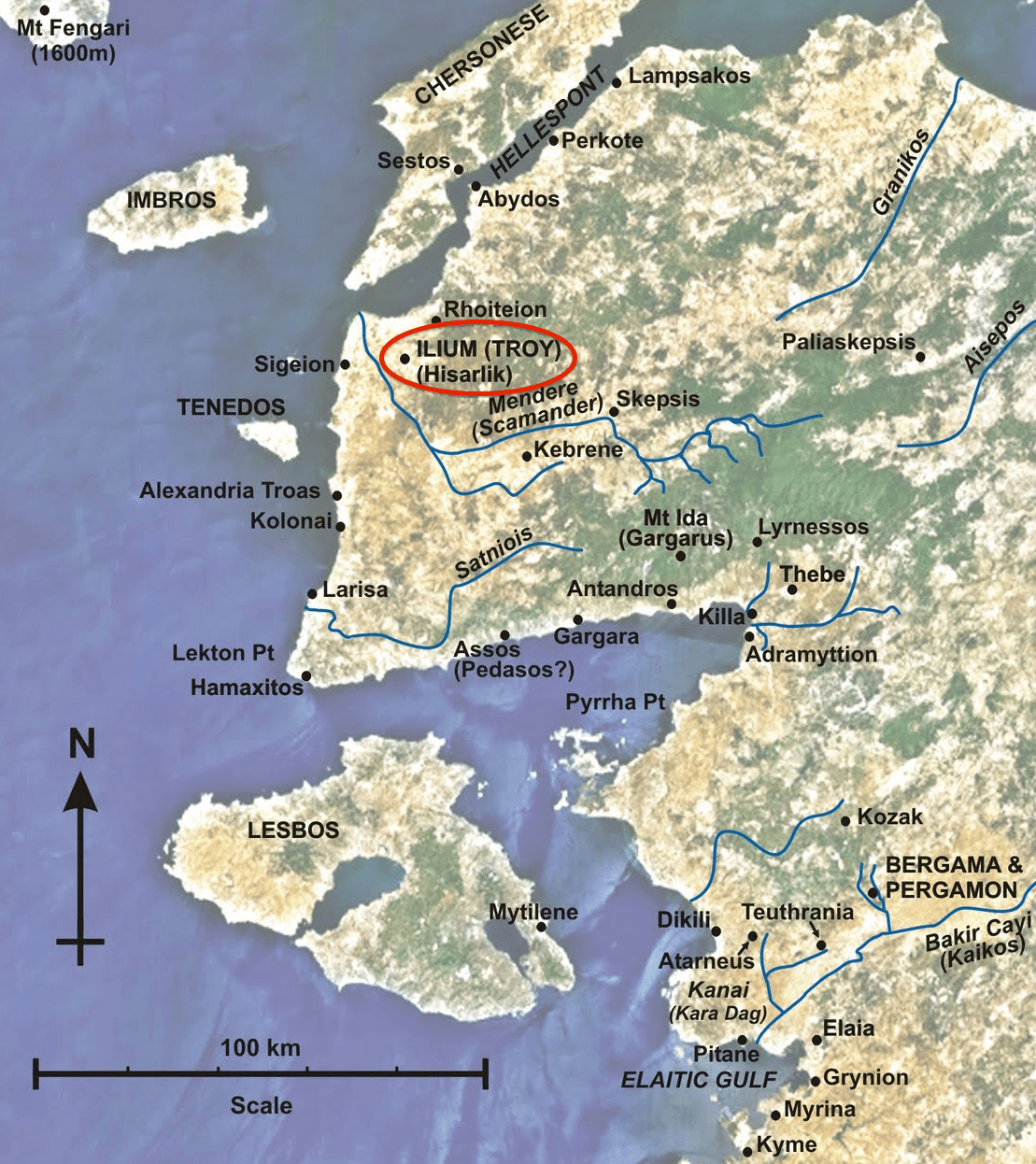 There were three working theories for the site of Troy in Turkey; Pinarbasi, Hisarlik and Alexandrian Troas. Regional expert, Frank Calvert, believed Hisarlik was the true site and was desperate to begin excavations there.
Englishman Calvert, frustrated at a lack of funding from the British museum and no doubt boggled at the energy, verve and, above all, wealth of the intrepid German, put him onto the idea of carrying out excavations at Hisarlik.

Calvert had no idea that, in order to uncover the secrets of god-like men, he had just made a pact with the devil.

You see, Schliemann was a gifted linguist (he spoke 15 languages) and literary enthusiast, but he was also an opportunistic con-man!

Fraudulent, avaricious, disloyal, impetuous, narcissistic… he has been called much, and off the back of much supporting evidence. He falsified his own diaries, supposedly with an eye on posterity. He more or less abandoned his first family. He… ahem… ‘preserved’ archaeological finds by smuggling them through customs.
However, the one believable word he spoke was that he wanted to be the man to uncover the site of Troy… this he accomplished.
Of course, such a volatile character, complete with an ad hoc education, was unlikely to conform to the stereotypical image of a serious intellectual attempting to dig a great pit using only a pastry brush. No, Schliemann’s preferred tool was not one most people keep in the kitchen; dynamite.

The question arcs though the air, slowing waiting to detonate: “how could he do this without destroying countless valuable artifacts?”

“A little knowledge is a dangerous thing, drink deep or taste not the Pierian spring”. Alexander Pope foretold the danger of the enthusiastic amateur. 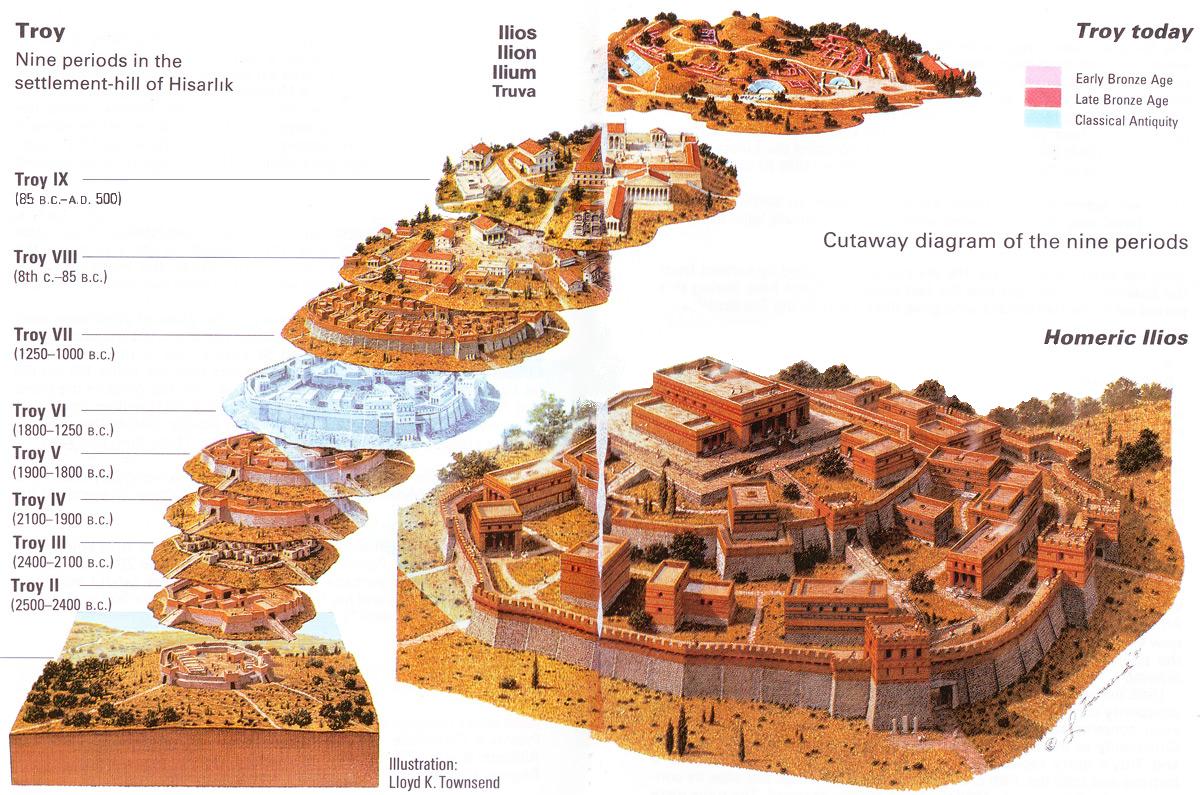 And his methods, far more than his ego, thefts or countless subterfuges are why many classical archaeologists still must resist the temptation to spit or swear when they hear his name.
Indeed Schliemann’s assumption, plucked out of thin air, that Homer’s Troy must be the lowest level of excavation caused him to race his way through the actual site, churning up soil, bone and booty and grinding them into dust.
Calvert’s identification of the ‘Trojan’ pottery dated the items found to hundreds of years before the Homeric Troy. Convincing the asinine Schliemann of this was far more difficult than blasting through the ancient foundations they’d gone there to preserve. 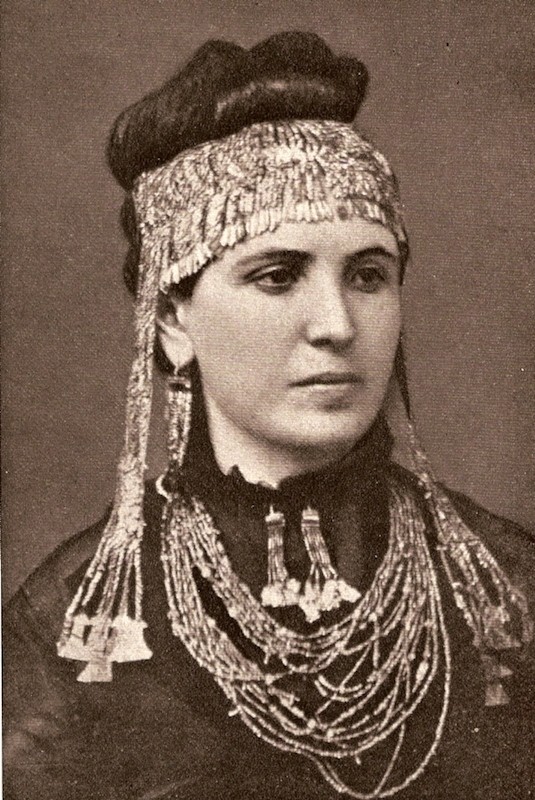 The height of Schliemann’s stubbornness is evidenced by the ‘jewels of Helen’ which were famously photographed round the neck of his teenage Greek wife, Sophia (their two sons were named, of course, Andromache and Agamemnon). These predated Homeric Troy by 1000 years, but Schliemann, without offering a shred of supporting evidence, maintained their authenticity until late into his life.
A similar boast was made of the ‘Agamemnon mask’ found at the dig site in Mycenae, Greece. There are countless reasons to assume this was not actually a likeness of the head of the Greek army at Troy; the most damning of which is the, not insubstantial, suspicions that Schliemann planted the item there himself! 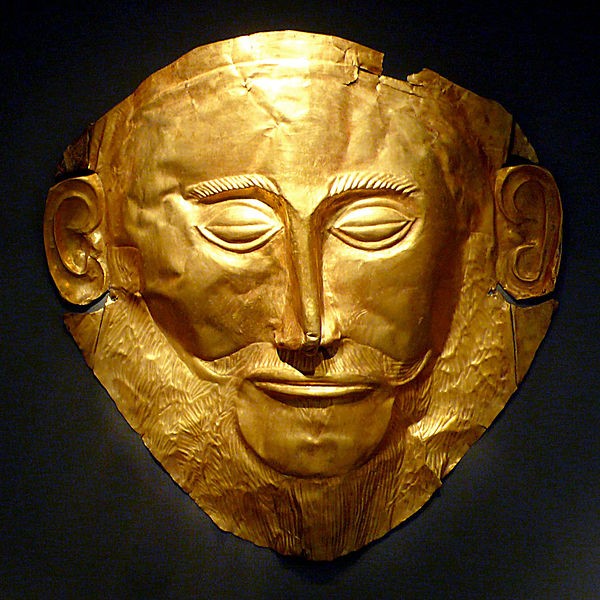 Although Calvert may have rued chumming up with Schliemann, he, a world-renowned expert, was still complicit and culpable in the maddening methods his part-time partner employed.

Schliemann has been pilloried and celebrated to equal degrees and, unusually in such cases, with equal justifications.

He may have been a chancer, a conman and a trickster – he may have taken a demolition derby approach to an artistic science of patience and finesse – but he, more than any other individual of the 19th century, reignited an interest in Homer and the classics across Europe and America.

And that being a good thing, is something we can all agree upon.
Facebook