Potentially a missing part of the Antikythera mechanism, an ancient Greek device designed to calculate astronomical positions and often considered the world’s first computer, has been found on the Aegean seabed. The section was discovered at the same wreck site where the original 2,200 year old mechanism was first located in 1901. Researchers were elated to retrieve artifacts that had survived not only the passage of time, but also the destruction havocked by looters and Jacques Cousteau. (Indeed, in 1976, the famous French explorer accidentally destroyed much of what remained of the ship’s hull.) 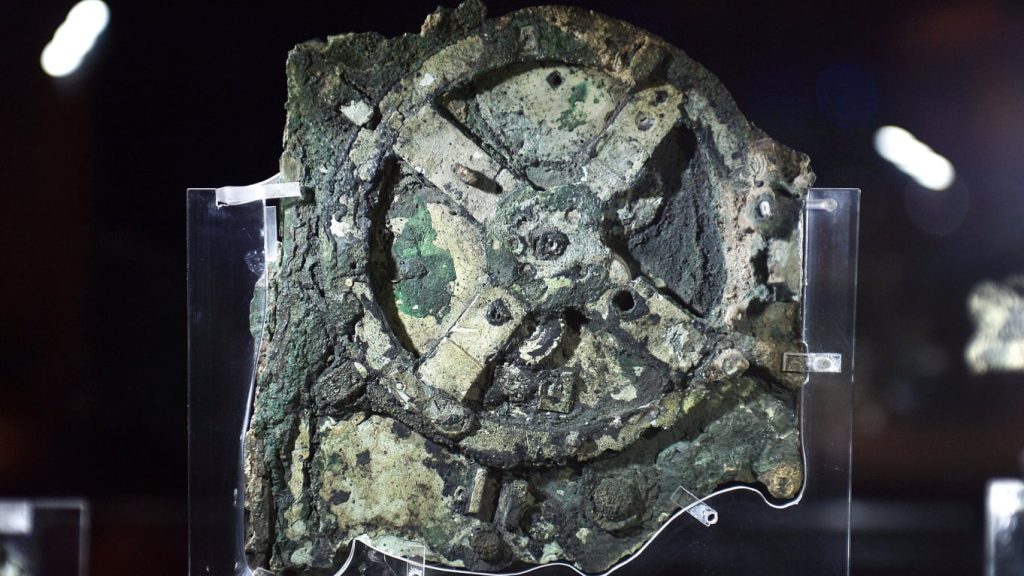 The Antikythera Mechanism was initially lost when the cargo boat that it was on was shipwrecked off the coast of a small Greek Island between Kythera and Crete called Antikythera (which is why it has been named the Antikythera Mechanism).
When the Mechanism was first discovered, Greek sponge divers brought it to archaeologist Valerios Stais at the National Archaeological Museum in Athens, who had no idea what they had discovered. Fortunately Spyridon Stais, Stais’ cousin and a former mathematician, was able to recognize the gears in the mechanism. With the development of advanced x-ray technology and plentiful collaboration (from Cousteau to modern historians of science like Alexander Jones), it was eventually identified to be a technologically advanced calculator. 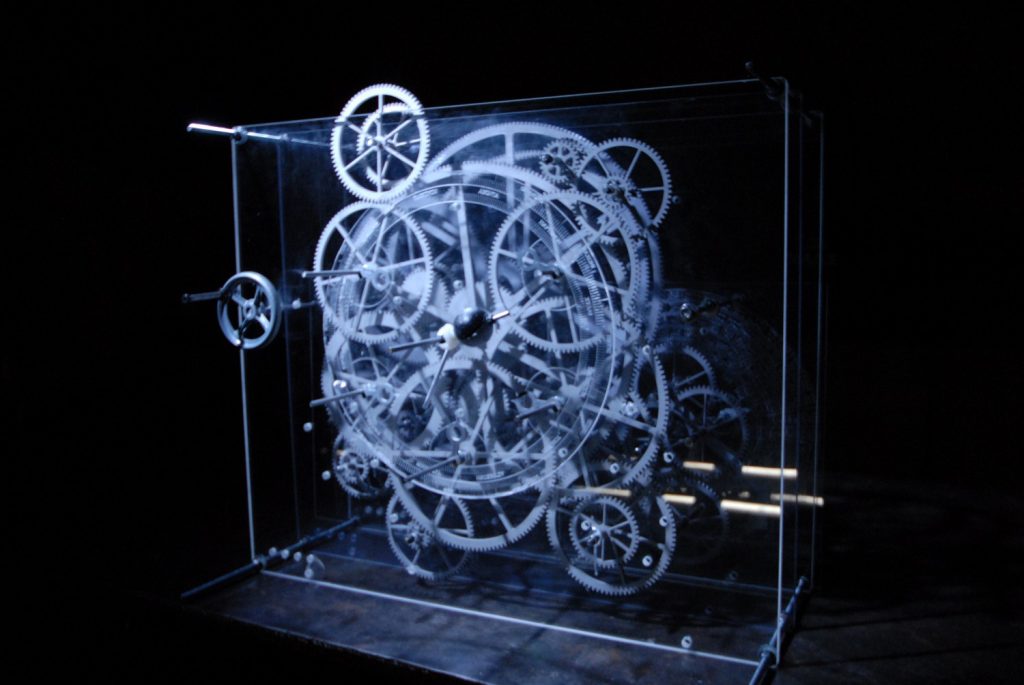 The gears of The Antikythera mechanism

For those who want a quick recap on the abilities of the Antikythera Mechanism, the second century BCE invention could calculate the movements of the sun and moon, predict eclipses and equinoxes, track movements of constellations and planets… as well as do basic math!
Not only that, but the Greek (possibly from the Island of Rhodes) creation also contains over thirty hand-worked cogs, dozens more than the average luxury Swiss watch.
Almost 50 years after Cousteau’s underwater research, a new team of archeologists excavated the site, finding hundreds of previously undiscovered artifacts, such as statues, coins, furniture, even a sarcophagus lid.
Last year they found an encrusted corroded disk about 8 cm in diameter… and recently it was revealed that the disk has an engraving of the zodiac sign Taurus the bull, which was discovered through x-ray analysis.

While archaeologists still do not know exactly what this new piece is, there are theories that it could be part of the original Antikythera Mechanism or a section of a second similar device. The reason for this thinking is the presence of the bull engraving, which could have been for the prediction of the constellation of Taurus.
Of course, it will be impossible to know for sure whether this discovery is a piece of the world’s oldest analog computer… or a remarkable discovery on its own terms. Either way the continued exploration and research has drawn attention to the existence of this ancient ‘calculator’ as well as to the field of archeology itself.
Facebook