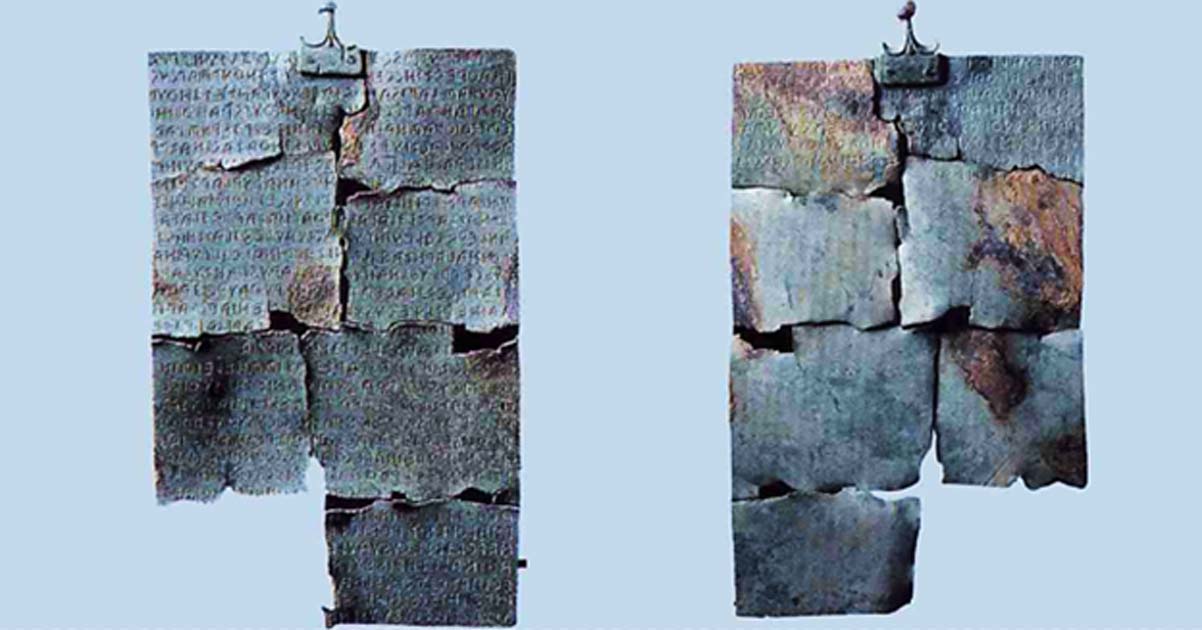 By Natalia Klimczak, Contributing Writer, Ancient Origins
2,200 years ago, a pair of skilled Etruscan hands crafted a tablet that became a key to the language of this remarkable civilization. This unique bronze artifact is known as the Tabula Cortonensis and, apart from its role in deciphering a lost language, it also contains untold secrets of the Etruscan civilization if you read between the lines of its text.
The Etruscan civilization is a mysterious one. They created their own language, religion, architecture, and other cultural aspects. Their culture has been separated as one of the treasures of ancient times due to their amazing achievements before Romanization. However, there are still more questions than answers about the enigmatic people. Therefore, a discovery like the Tabula Cortonensis is priceless because it brings us one step closer to the Etruscans.
A Curious Tablet
The tablet was discovered near the city of Curtun, which was known as Corito in the Roman Empire, and is now called Cortona. It lies in Arezzo Provincia in Tuscany. The site is well-known for the discovery of a 4th-century tomb that may have belonged to the famous mathematician and philosopher, Pythagoras. 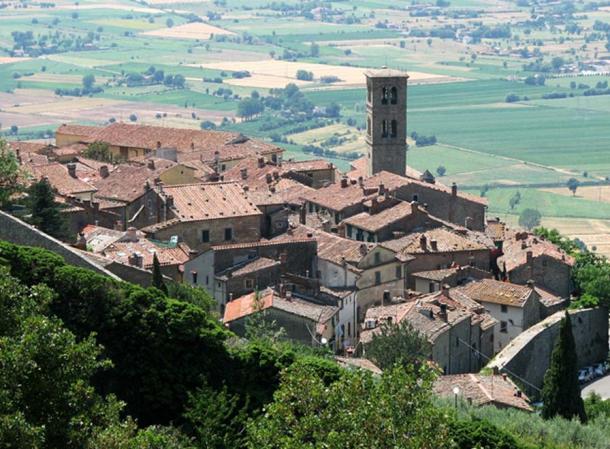 The tablet was unearthed in 1992, however it wasn’t exhibited for many years. This artifact is made of bronze and, for unknown reasons, it had been cut into eight fragments. Unfortunately, one of the pieces is lost. The tablet is 2-3 millimeters (.08-0.12 inches) thick and measures about 50 by 30 cm (19.69 x 11.81 inches). Researchers discovered that the tablet was made using the lost wax process. It has been suggested that the sheet may have been cut so it could be used for different purposes.
Some researchers believe the tablet was created in this way to be hung. However, there is no place for a ring or hook, so this seems unlikely. It is also uncertain if the Etruscans had specific measurements for different documents created on bronze tablets. There are some suggestions that the tablets for religious purposes had a specific size, but it is possible that contracts like the Tabula Cortonensis were also created with a precise pattern.
The Transfer Agreement
The text on the Tabula Cortonensis is a common record of a land transfer agreement between two parties. The text itself was written with skill, but its content is not unique. Although it is relatively wordy, the document isn’t the longest Etruscan writing discovered either – the Capua Tablet and the Liber Linetus from Zagreb are both longer.
The tablet was carefully studied by Luciano Agostiniani and Francesco Nicosia. They found that the inscription was clear in its content, but also full of specific information for the situation. For example, the names of the people who agreed to the contract are provided. The text also provides information about the Etruscan style and language used for this kind of agreement – a language which was thought to be the same in every region of Etruria.
Keys to a Forgotten Language
The lengthy text makes this artifact a useful tool in research on the Etruscan language. However, the researchers were surprised by the differences between the language they thought they knew and the text which had been written on the tablet. According to Agostiniani and Nicosia:

The letters are, with a few exceptions, those of the normal north Etruscan alphabet of the later 3rd or 2nd century BC. The absence of Phi and of the aspirate H is probably a coincidence: there are no words in the inscription in which they would have occurred. The gamma has the curved shape that becomes the Latin C. (Etruscan did not have the sounds of B, G or D. Their neighbors, the Romans, first pronounced C either with the sound of K, the Etruscan way or as gamma, the Greek way. Until the letter G was invented, they pronounced Caius Julius Caesar as Gaius Iulius Kaisar.) Two signs are unusual. The backward E, epsilon, though rare, is known from other inscriptions from Cortona. The “paragraph” sign used to set off four of the seven sections of this legal document (lines 7, 8, 14, 23) is unique. It would be perfectly understandable to any modern proof-reader.
The tablet records a contract for the sale, or lease, of land, including a vineyard (vina), in the plain of Lake Trasimeno (celtineitiss tarsminass), between the Cusu family (Cusuthur), to which Petru Scevas belongs, and 15 people, perhaps a group of buyers, witnessed by a third group of names sometimes listed along with their children and grandchildren (clan, “son”, and papals, “grandson”). 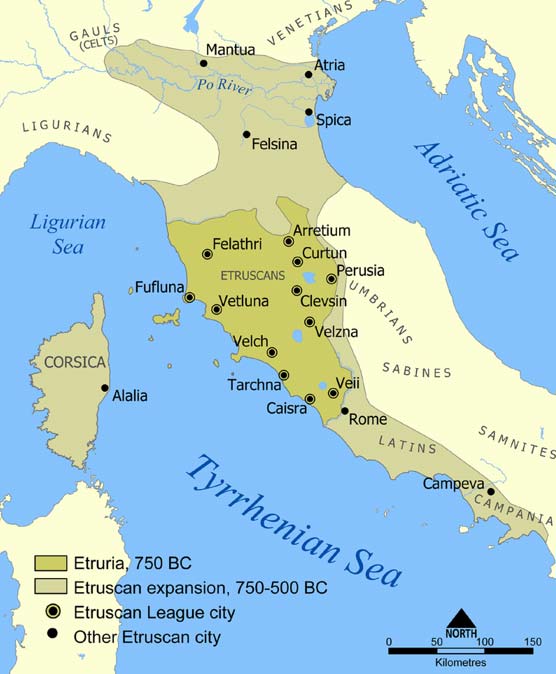 Maximum extent of the Etruscan civilization and the twelve Etruscan League cities.

The ancient inscription is full of mistakes, or, it provides evidence of gaps in modern knowledge about the Etruscan language. Agostiniani explains this by saying that the tablet contains a unique language used by the people who lived specifically in Cortona. That would mean people could have used different language in various parts of Etruria.
Searching for the Lost Civilization
Researchers need to complete additional excavations and analysis of previously discovered Etruscan artifacts to reveal more fascinating information about this unique civilization. But every discovery like the Tabula Cortonensis provides new information that allows us to create a clearer picture of their daily life and language, something that looks to be more complicated than once believed.
Facebook