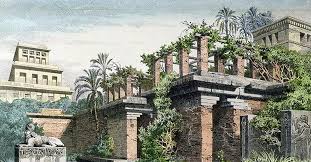 The Hanging Gardens of Babylon

By Jocelyn Hitchcock, Contributing Writer, Classical Wisdom
The mention of the Hanging Gardens of Babylon conjures up images of an oasis in the midst of a bustling city; a vibrant Eden of lush trees, shrubs, and vines supported with beautiful pillars and architecture. The gardens are thought to have been built by King Nebuchadnezzar II sometime in the 6th century BCE. While it is one of the seven wonders of the ancient world, its actual existence is quite contested, with three theories prevailing: (1) that the gardens were purely mythical and idealized in the minds of writers and travelers; (2) that they did exist, but were razed in the first century CE; and (3) that the “hanging gardens of Babylon” actually refers to a garden built in Nineveh by the Assyrian King Sennacherib. 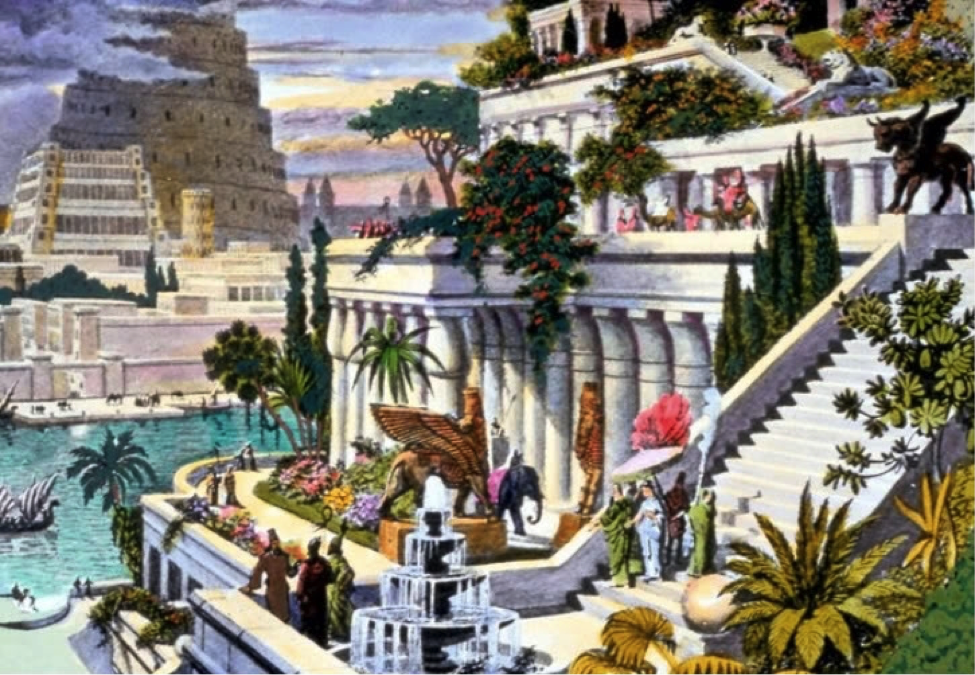 Artist depiction of the Hanging Gardens of Babylon.

Like many ancient marvels, our knowledge of the hanging gardens comes down to us via written record and subsequently should be taken with a grain of salt.
Diodorus Siculus wrote that the gardens were square, tiered, and made of 22 feet thick brick walls. He mentions that the terraces themselves resembled a theater, sloping upwards to a height of 20 meters. Strabo writes that the gardens were located by the Euphrates river, running through Babylon, and utilized complex irrigation to draw up water from the river to water the gardens. It is very likely that any classical writer focusing on the hanging gardens would have had to reference earlier works from the 5th and 4th centuries. Unfortunately, the earliest extant writing we have of the gardens comes to us in quotes from the Babylonian priest, Berossus, around 290 BCE. 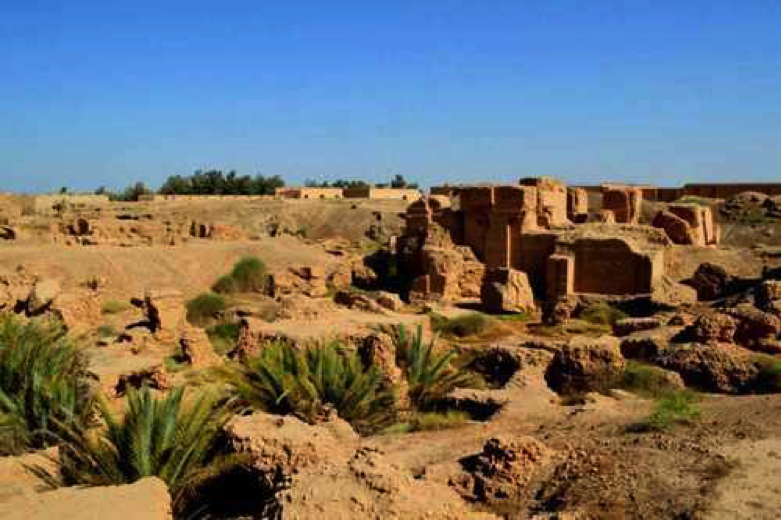 Nonetheless, these authors provide us with a baseline of what these gardens may have looked like and where they may have been located. Gardens such as these would have required a great deal of resources to build and maintain, and so it is likely that they were located in or near the palace of Nebuchadnezzar II, if they existed at all. Extensive excavations of the palace of Nebuchadnezzar II has revealed gates, vaulted rooms, double walls, tablets, large drains, and a possible reservoir. Nothing has been produced though, either in the archaeological record or the written records, that corroborates the Greek description of the gardens of Babylon. Since the written records consist of an exhaustive list of Nebuchadnezzar’s achievements while king, if he built the gardens they would have surely been listed, but they are not. 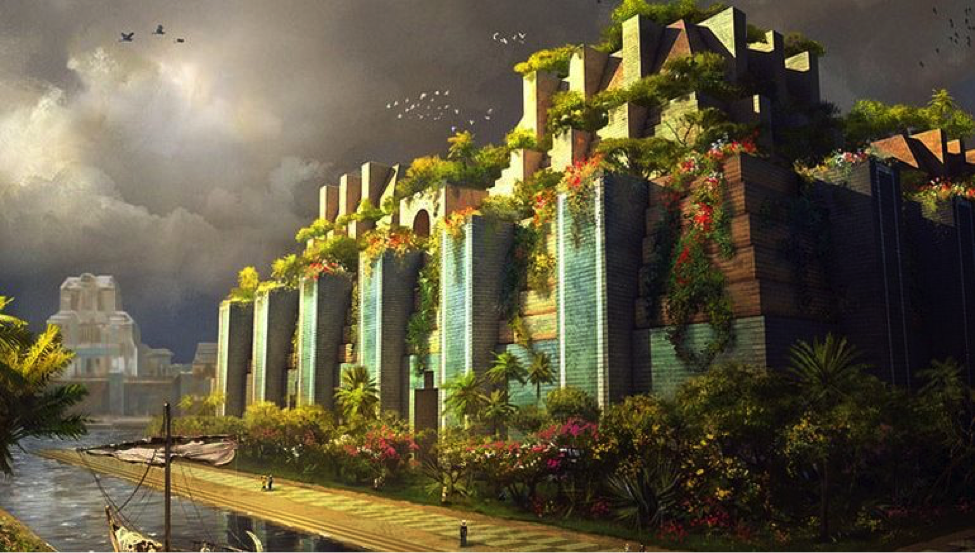 Artistic Illustration of the Gardens of Babylon

What do we make of this lack of evidence? Did Greek authors just fall victim to hearsay without ever even seeing the gardens, having never existed at all? Or did they just exist perhaps at a different time and place?
The fact that the gardens are discussed in a wide variety of Greek sources, spanning hundreds of years, and the fact that gardens like the fabled one at Babylon were quite common and not out of the question, it is difficult to outright deny the existence of the gardens altogether.
One possibility is that the gardens were not in fact located in Babylon, but 350 miles north in Nineveh, the capital of Assyria. Recent scholarship from Stephanie Dalley claims to have found evidence in Nineveh texts of King Sennacherib that describes an “unrivaled palace” and a “wonder for all peoples.” Extensive aqueduct systems as well as water-raising screws have both been found in Nineveh and may have certainly provided the irrigation needs of such prominent gardens. 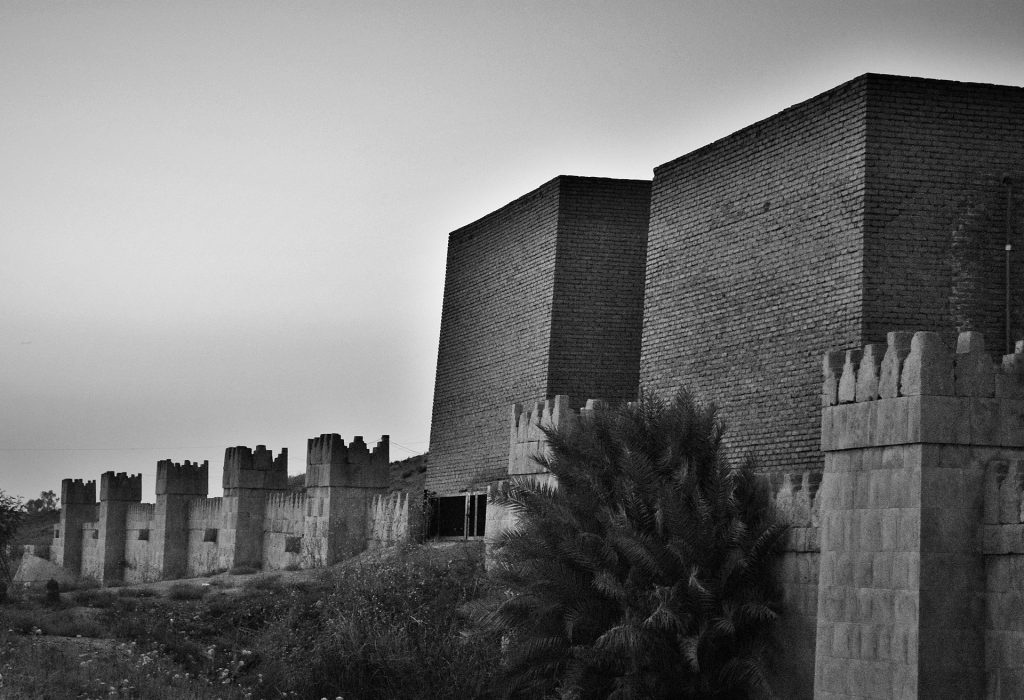 The confusion may be as simple as ancient geographers and authors attributing the name “Babylon” to several places, or just getting the kingdoms of Babylon and Assyria confused in the first place. Since the Greek and Latin texts we have on the hanging gardens all reference back to one another, using the same base sources, a mistake in one is unsurprisingly carried through them all.
Still, whether real or not, the very idea of the hanging gardens of Babylon was a prevalent one in the minds of the Greeks and Latins. The literary attention that persisted on the subject must have captured the imagination of Hellenistic Greeks and Romans of the empire, much like it does today.
Facebook